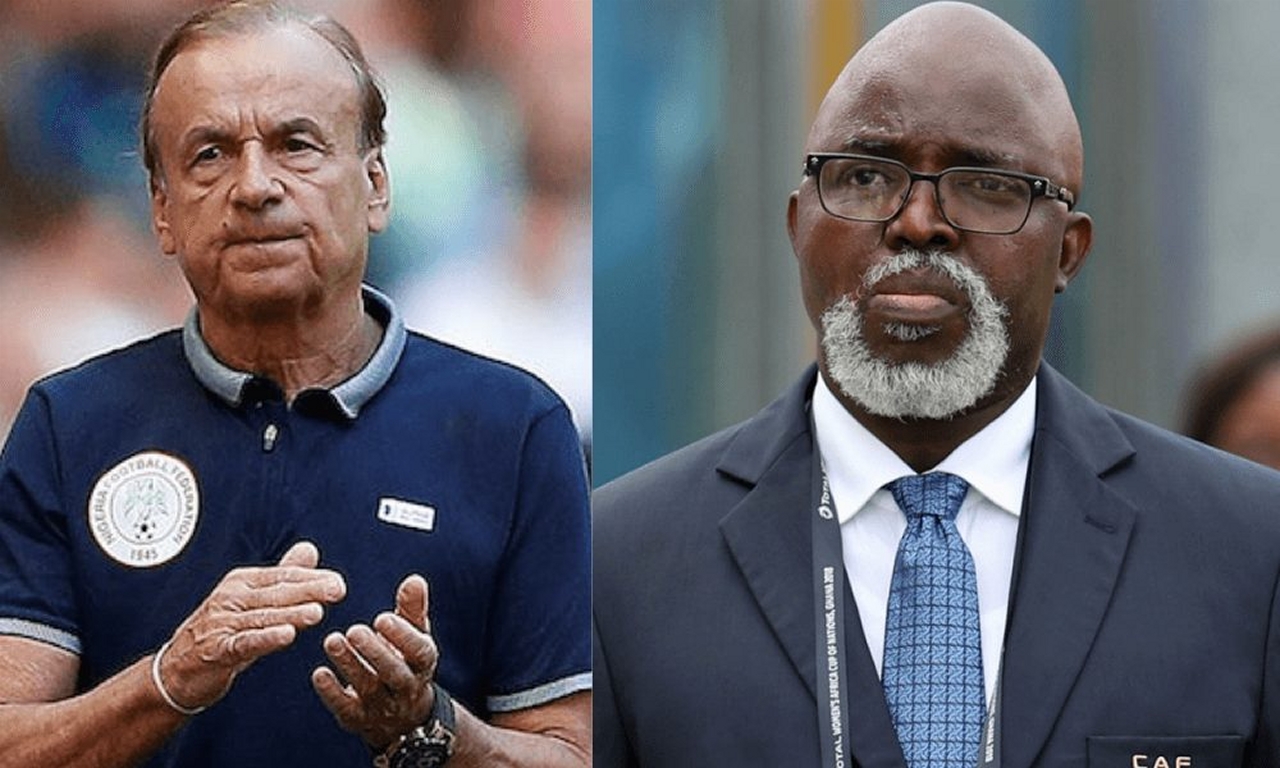 President of the Nigeria Football Federation (NFF) Amaju Pinnick has disclosed that the decision to sack Super Eagles coach, Gernot Rohr was to prevent a major disaster from happening to the senior national team.

He said this in an interview with Channels Television on Monday, where he said that the NFF gave the German tactician all the necessary support to succeed with the team.

Rohr’s contract was terminated on Sunday by the NFF.

Ex International and former Super Eagles Coach Augustine Eguavoen was immediately appointed to take charge of the team on an interim basis.

The former Delta State Sports administrator also confirmed that the NFF was owing Rohr for some months. He said the lack of discipline among the players was one of the major setbacks in the team.

“He (Rohr) happens to be the longest-serving manager of the Super Eagles. We gave him all the support,” said Pinnick who was a guest on Sunrise Daily. “But we didn’t want to wait for a disaster to happen before parting ways. The last two games were very tough games for us.

“It wasn’t an individual decision; it was a collective decision by the entire executive committee. We were winning our games … there are a lot of things we took into cognisance. When you part ways, you don’t want to start ascribing blames; you just let it go and face the future with renewed hope and renewed zeal.”

“Players now talk back at you, players believe that they are indispensable. A lot of factors that will now militate against the team. We are only owing about two matches of all the matches they played in both AFCON qualifiers and World Cup qualifiers.