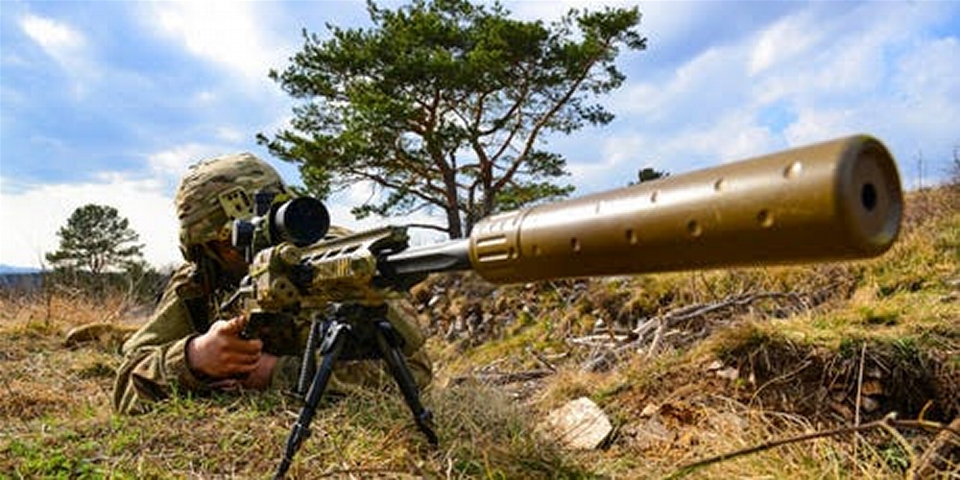 Arguably they already are. Let me explain: The average US Army soldier is expected to be able to hit a man sized target from at least 300 meters away fairly reliably to qualify, and we are trained and equipped to shoot out to 600 meters even though it isn’t part of our standard qualification. This is the rear sight off our weapon:

A 600 meter shot would make you an incredible sniper during WW1 or earlier, but thanks to modern equipment such a shot is now well within the capabilities of the average soldier, and during the Gulf War random US troops were getting headshots from that range with such regularity that it prompted an investigation to make sure that they weren’t executions (the investigation confirmed the shots were taken from hundreds of meters away, the head is just often the only part of an enemy that is visible at any range)

Modern US doctrine is to try and engage opponents at long range because our rifles and marksmanship generally outrange enemy weapons, such as the AK-47, which is only accurate out to about 200 meters because the round is much heavier and slower, and loses velocity and drops pretty quick. Literally any US soldier who passes rifle qualification should be able to hit an enemy from at least 300 meters, and I’d say more than half have a very good chance of hitting at 500–600 meters with a few attempts.

This gets back to what a sniper actually is: The ultimate purpose of snipers throughout history is that they can kill the enemy from outside the range of the enemy’s weapons, so the average US infantryman is generally filling that role when fighting in open terrain against opponents equipped with outdated or inferior weaponry like the AK-47. If a soldier shoots a terrorist from 500-600 meters away with his standard service rifle, and that terrorist’s own weapon is only effective at 1/3 that range, from the perspective of the terrorists: he just got killed by a sniper.

As to why the majority of modern armies aren’t wearing ghillie suits and hiding in bushes with fine tuned 300 Win Mag rifles capable of taking out enemies from close to a mile away, what we’d define today as a sniper, it’s because to win a war you need everything in moderation. Too much salt spoils the soup. Snipers are actually pretty easy to counter if they are the only threat, but a sniper supporting (and supported by) infantry, vehicles, and artillery is one of the deadliest forces on the battlefield.