Why Are Nigerians Discriminated Against In Ukraine?- By Victor Dirikebamor 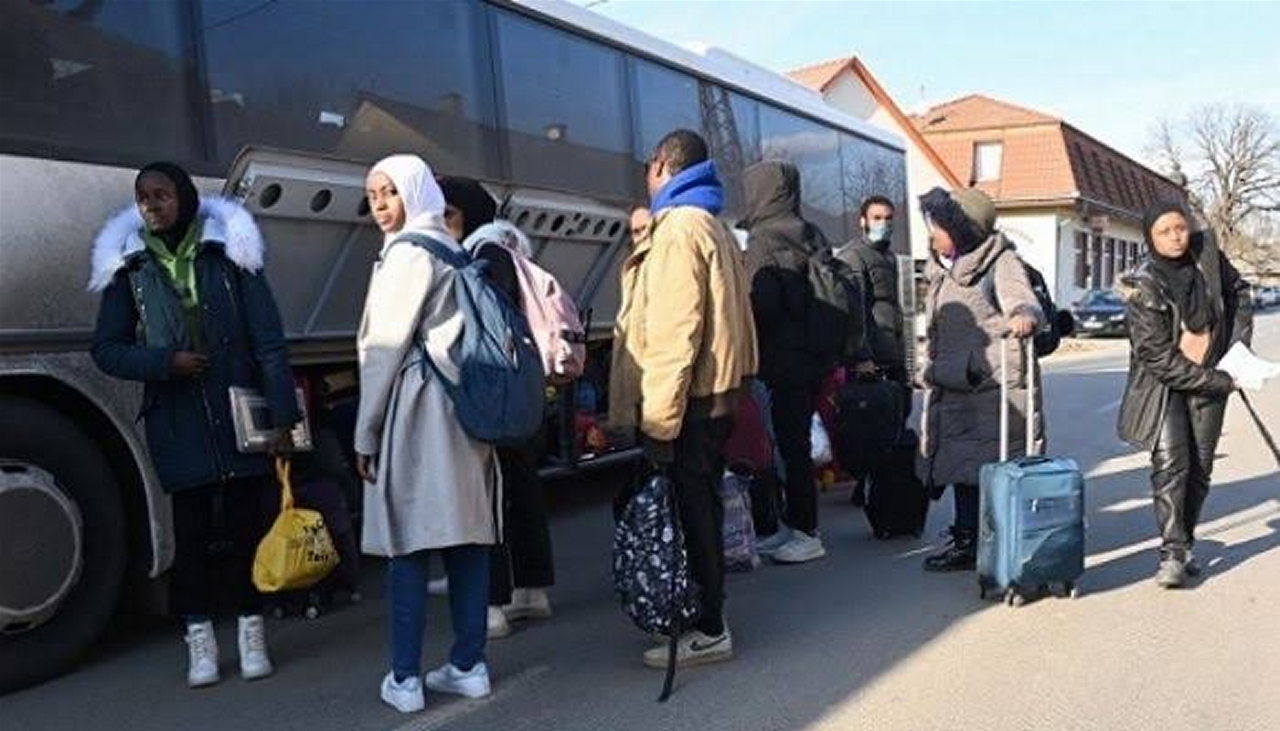 Nigerians and other Africans in Ukraine cried out a couple of days ago about how they’re racially discriminated against as they try to leave the country to Neighbouring Poland.

Around 12,000 Nigerians were studying in various Universities in Ukraine before the war. There are also thousands of Nigerians who work and run businesses in the country.

Some said they’re not allowed to board trains.

Others complained of being stuck at the Ukraine-Polish border after walking several hours as the priority is a ‘Ukrainian first’.

It’s tragic that even at times of war, the color of some victims could place them at a deeper disadvantage than their contemporaries.

No doubt the tuition fees from these students were a huge boost to their economy. Let it not be that only their money is good and not the color of their skin.

As the Urhobos say “If you won’t eat it, don’t taste it either.”

Ukraine is in between a rock and a hard place and, although we understand that their primary concern is the wellbeing of their citizens, they should, nonetheless know that those who discriminate are as insane as those who invade.

None is acceptable. None should be happening.

My typical African mentality would be to help and protect foreigners in my land at all costs in times like this as they would be expected to be at a higher disadvantage.

This news obviously got Nigerians angry as they made it trend on Twitter, where our powers start and most times ends but on this day it produced some results as it incited the sleepy Nigerian authorities to act.

As the world extends a helping hand to Ukrainians at these dire times, may Ukraine not hold back its hand from the stranded foreigners who depend on their goodwill to survive this war.

The Ukrainian government should understand that we all have flesh and blood and should not be fooled by the tough, melanin-rich black skin, I can assure you it’s not made of bulletproof.

Neither is the black man immune to thirst and hunger as it’s all too common in war.

As you thrive to bring comfort to your citizens, may you not take pride in the discomfort of the colored man.

It’s no news that the Nigerian government cares less about Nigerians in Nigeria and Nigerians abroad, but that should not be seen as an opportunity to exercise the inhuman traits of mankind.

If there is one thing this war has taught humanity is that the world needs more love.

It’s not some hate speech. People are suffering and we want their voices heard.