Where Is Better, Sweden Or The UK?- By Chris Ebbert 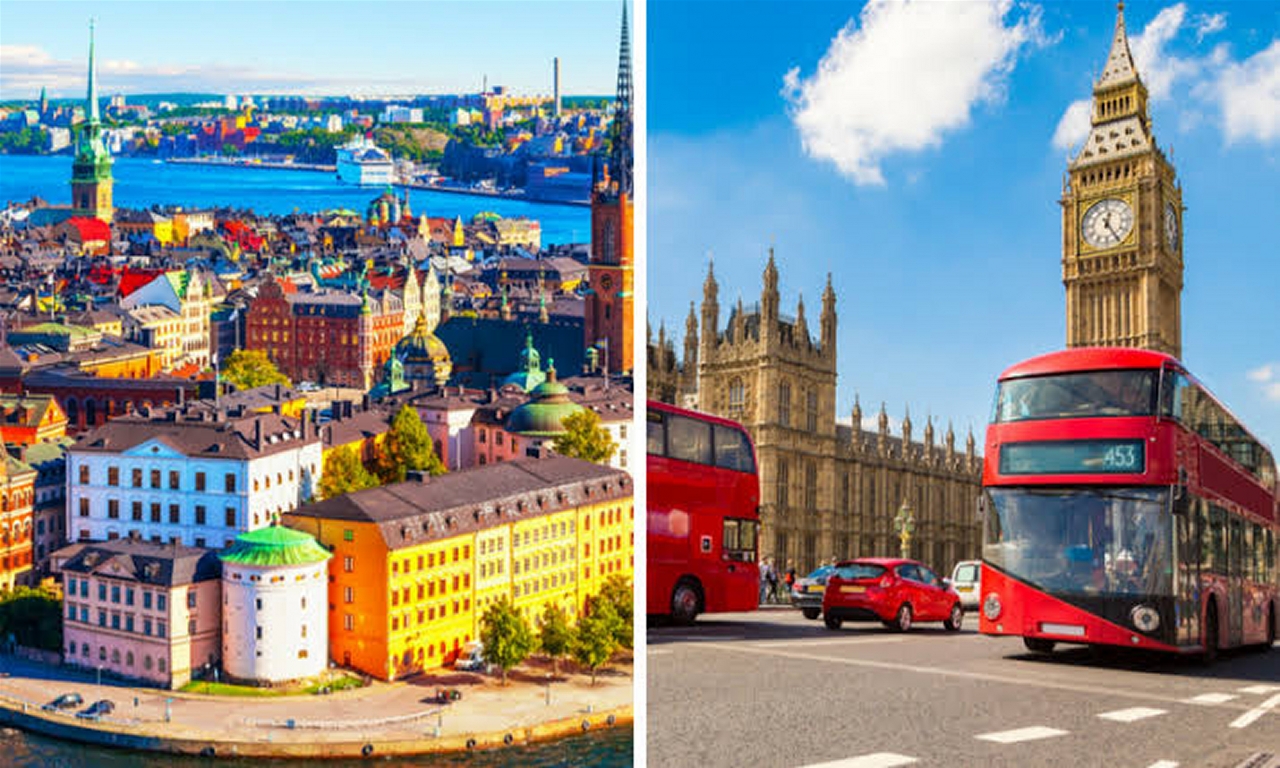 Where is better, Sweden or the UK?

As with most things in life, it depends on a few things.

I used to live in England for many years, and now live in Sweden. Both are my absolute favourite countries in the world, and I did not leave the UK lightly.

In fact, I was extremely happy in the UK and expected to live out my professional years there, had already picked out a house I was going to buy. I had a very nice, permanent position as a university lecturer in Nottingham, a city I miss very much.

But I also already owned a nice little house in a village by a big lake in northern Sweden, where my wife and I tended to spend our summer- and winter holidays.

When Brexit occurred, and it was clear that me and my colleagues, whose jobs and research funding depended greatly on EU funding, would be heading towards uncertain times, I started looking around for university positions near my little house in Sweden, and found one.

Life in Sweden is different from life in the UK in many ways. Clearly, I like it, otherwise, I would have chosen some place else. I have lived and worked also in Austria, New Zealand, France, Germany, Canada, the US… with my contacts, something would have popped up eventually.

But I had always wanted to try life in Sweden, including working there, and I have to say, it is better than the UK.

Perhaps amusingly, in German, “England” translates literally as “tight country” (a misattribution, of course, because it actually refers to the “Anglosaxons”).

Anyway, that association reinforces itself when you travel directly from England to Sweden. The UK really is a place of tight spaces. My driveway barely fit my car, my entrance door barely fit the width of my shoulders, and the neighbour’s house was so close to mine, a dog could barely sneak through between the two. The city streets are so narrow, you fear for your wing mirror every time you drive along. And people are stacked like sardines on public transport.

Sweden, by contrast, offers living like in North America.

Houses sit on generous plots of land, driveways fit several cars with ease, roads are wide, and public spaces are airy, with few people out and about.

As far as the people are concerned, they are both fantastic.

The British are famous for the way they act and behave to the point where movies dote on the stereotype, and the Swedes are actually not that different from the British at all. Their sense of privacy and humour is similar, and both tend to be most gracious and pleasant most of the time.

And both societies rely on the state to a great extent to sort out the big tickets in life, such as education, healthcare, and elderly care. It manifests differently in the two, but in the end, the final bill is about the same.

On the whole, if I were to describe both places with one adjective, I’d say the UK is “jolly”, whereas Sweden is “serene”.

I sometimes miss the intense bubbliness and amusing sights and situations of the UK, but then I look outside and am happy to be some place so dignified, relaxed, and responsible as Sweden.

The latter aspect is perhaps the one that tips the scales for me.

Sweden is wonderfully wholesome and free from the grimy aspects of the UK. You don’t see barbed wire in residential contexts, you don’t get drunken brawls in the streets in the evening like in the UK, and the overall experience is high brow, not low brow.

Or, to reference Lord of the Rings, where would you rather live, with the Hobbits, or with the Elves? Both are fun. You just need to find which ones are more like you.

Maybe some picture comparisons will help.

My home in England, and then in Sweden:

My neighbourhood in England, and then in Sweden:

My commute in England, and then in Sweden:

Where I would go by bicycle on weekends in England, and then in Sweden:

So, they are both nice.

You can get a drink more easily in England, or fried things at crazy hours.

But then, you may not need them, when you’re in Sweden.