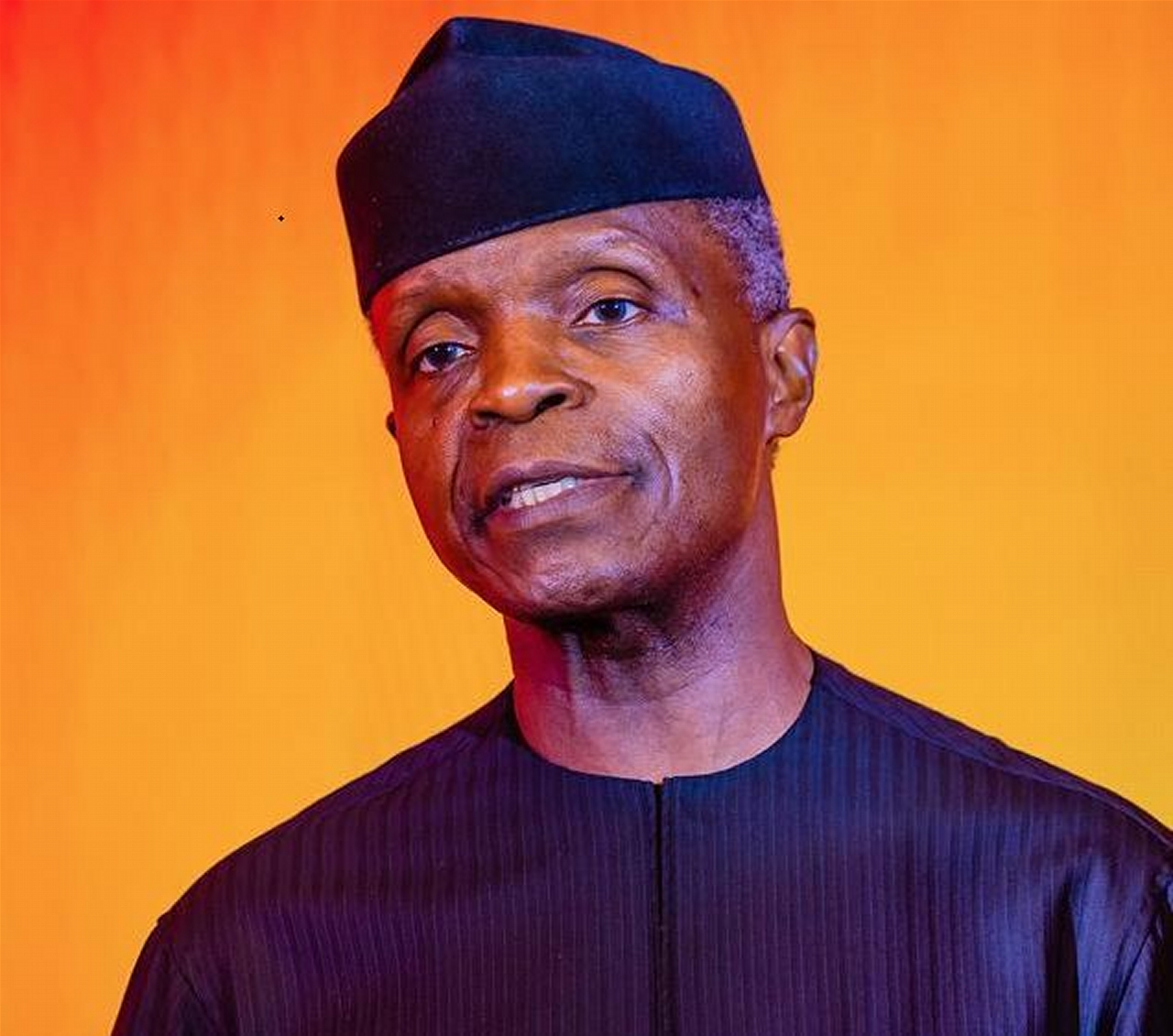 The first major lie is his claim that he has “been to practically all local governments in Nigeria.” The lie is too self-evident to need further elucidation from me.

But the second major lie, which concerns me more than the first, is his claim that he wants a Nigeria “where the man from Nnewi sees the man in Gusau as his brother, where the woman in Warri sees the woman in Jalingo as her sister, where the love of our nation burns alike in the hearts of boys and girls from Gboko to Yenogoa. Where everywhere in this land is home for everyone, where our diversities, tribes [sic] and faiths unite, rather than divide us.”

Let us examine his own record as Vice President. As I have repeatedly pointed out in the past few weeks, Osinbajo is a compulsively narrowminded, intolerant, Christian fanatic who nurses a noxious, deep-rooted loathing for Muslims (and, frankly, other Christian sects] and who sees his being in government as an opportunity to promote the supremacy of the Redeemed Christian Church of God (RCCG), which I have characterized as his RCCGification project.

So, let’s start. Although every political position he has ever occupied in life has been facilitated by Yoruba Muslims (i.e., Prince Bola Ajibola and Bola Tinubu), every consequential position he has had an opportunity to facilitate was given to an RCCG member.

In 2015, when he was given an opportunity to nominate a minister, he presented Okechukwu Enelamah, an RCCG pastor, who became Minister of Industry, Trade & Investment until 2019.

His spokesperson, Laolu Akande, was an RCCG pastor in New York. Like many RCCG pastors in the U.S., he relocated to Nigeria to feed fat on the Pentecostal paradise that Osinbajo has created for his kind. I’ve learned that Akande’s parish in New York has now closed.

As Vice President, Osinbajo is in charge of the economy, and all the major appointments he influenced in government agencies under the economy were to RCCG pastors.

For example, when he was asked to nominate a chairman for the Federal Inland Revenue Service (FIRS), he nominated Babatunde Fowler, an RCCG pastor.

How about the Director General of the Bureau of Public Enterprises (BPE)? You guessed right: another RCCG pastor by the name of Alex Ayoola Okoh.

When it came time to appoint someone to be MD and CEO of Nigeria’s Bank of Industry (BOI), guess again who Osinbajo nominated. Yep, another RCCG pastor by the name of Olukayode Pitan who has turned the BOI into an RCCG church. I’ve been given a dossier of the happenings there and will share them at the appropriate time.

His RCCGification isn’t limited to government appointments. He also parlays his symbolic currency as VP into an opportunity to put RCCG members as university vice chancellors and traditional rulers in Yorubaland.

There’s currently tension in Ogbomoso because Osinbajo influenced the imposition of an RCCG pastor by the name of Afolabi Ghandi Olaoye as the new Soun of Ogbomoso. Olaoye is an RCCG pastor in Maryland, USA.

And Osinbajo has been accused of hatching another plot to impose an RCCG pastor as the Akinrun of Ikirun, a historic Muslim town in Osun State. Although I don’t think there’s any credibility to this accusation, it nonetheless resonates in Muslim Yorubaland because it fits the pattern of Osinbajo’s RCCGification efforts in the region.

The list of RCCG pastors Osinbajo has caused to be appointed into government is deep, long, and wide. Almost without exception, every opportunity Osinbajo has had to appoint someone to a consequential position, he has unfailingly given it to an RCCG pastor.

That was precisely what he meant when, according to Vanguard, he told Apostolic Christian leaders in Lagos on Nov. 4, 2016, that his vice presidency “is our [i.e., Christian leaders’] first opportunity. This is our first shot at it. We need to maximize it and do the best we can. I think what my nomination and appointment have done is that it has open [sic] the door for us. We can do it and we can be influential in doing it.”

Yet this vile, shameless, emotionally stunted bigot has the gall to barefacedly lie to Nigerians that he wants a Nigeria “where our diversities, tribes [sic] and faiths unite, rather than divide us.”

No, he doesn’t. He wants to establish a Pentecostal RCCG republic. If that’s what Nigerians want, good luck!