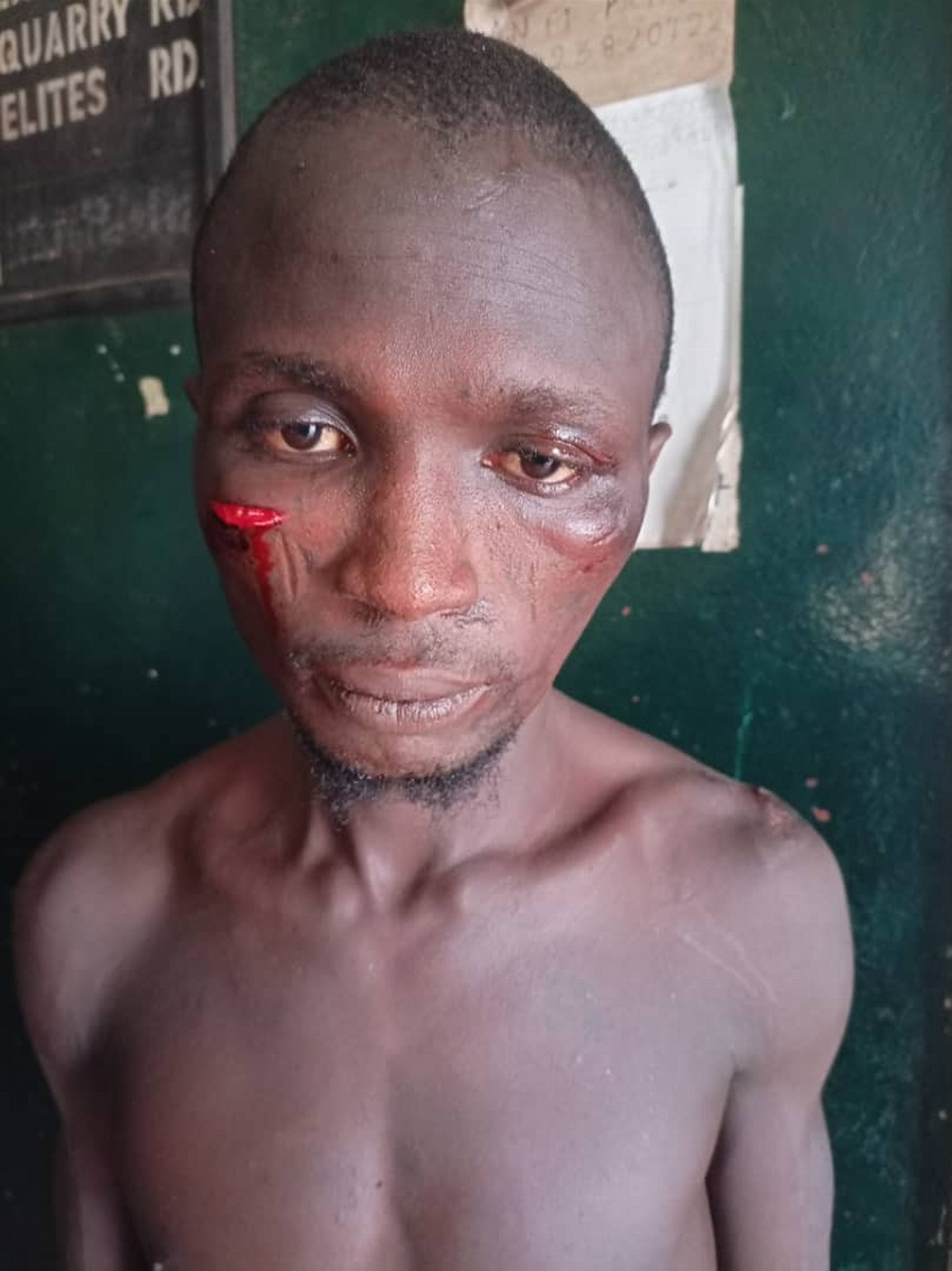 A Nigerian man, Sikiru Famuyiwa, has been arrested for allegedly conniving with an accomplice to abduct two kids at a popular Celestial Church of Christ in Ijeja, Abeokuta, Ogun State.

It was gathered that the incident happened on Friday during the ‘Good Friday’ service at the church.

The police spokesman, DSP Abimbola Oyeyemi, in a statement on Saturday, confirmed Famuyiwa’s arrest in connection with the alleged crime.

According to him, the suspect and his fleeing accomplice sneaked into the children department of the church and took away the two minors, whose ages are between two and three years.

Oyeyemi said the suspect was arrested following a distress call received by policemen at Ibara Divisional Police Headquarters, adding that the children were rescued.

He said, “On their way out with the stolen children, a vigilant member of the church sighted them and raised alarm, consequence upon which the congregants pursued them and apprehended one of them.