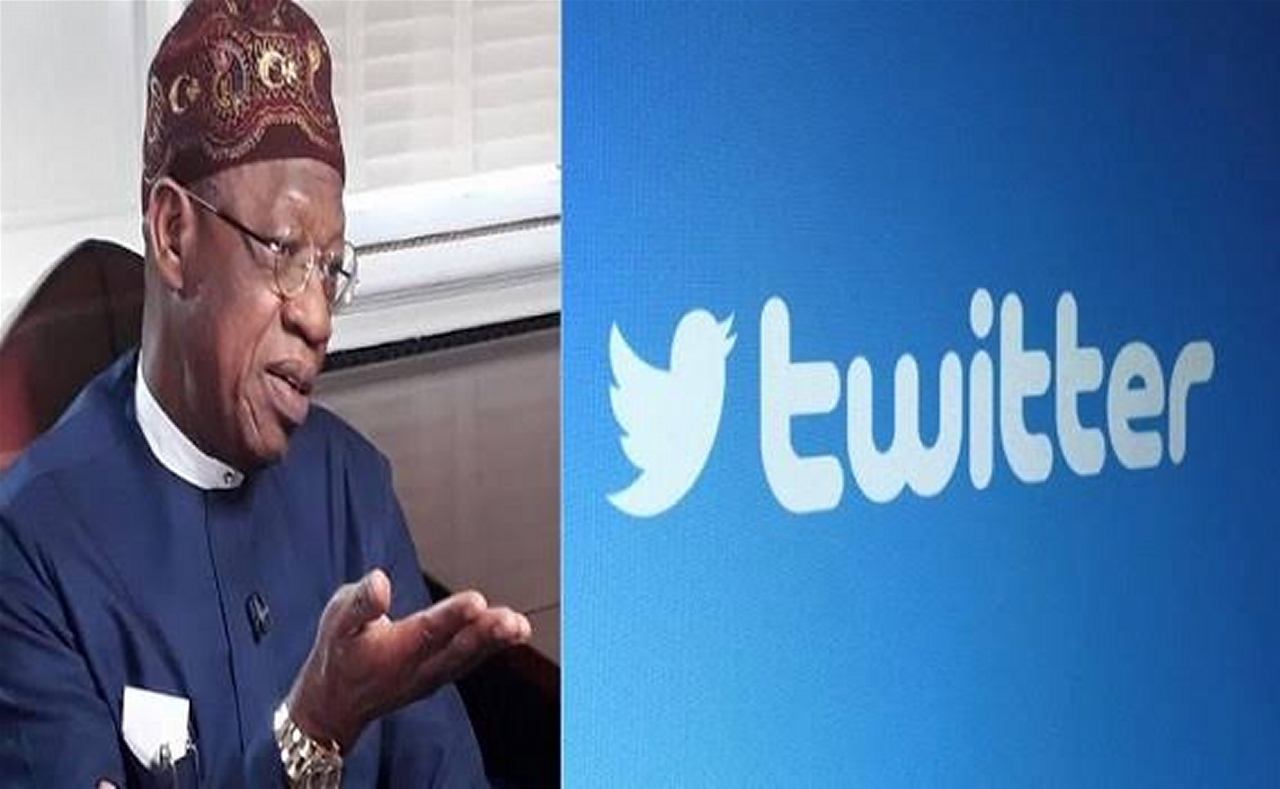 The Nigerian Government on Tuesday confirmed that Twitter has formally written to seek for dialogue on issues leading to the indefinite suspension of its operations in the country.

The Minister of Information and Culture, Lai Mohammed, confirmed this when he featured on “Politics Nationwide,’’ a Radio Nigeria call-in programme in Abuja.

“I can confirm that Twitter has written the Federal Government that they are ready to talk.

“As we have always maintained, the door is not locked and we are open-minded but Twitter must work toward it,” he said.

The minister reiterated the government’s position that it would not tolerate any platform that would be used to destabilise the country.

Mohammed said among other conditions for Twitter to resume operation in Nigeria, there must be an agreement as to what contents it could post.

He said Twitter and other platforms must also register as a Nigerian company, obtain license from the National Broadcasting Commission(NBC) and be guided by the rules of the licensing as well as pay taxes.

According to the minister, regulation of social media platforms is becoming a global practice.

He said most countries were just waking up to the fact that the platforms were becoming more powerful than even government and needed to be regulated.

”Even EU that does not have particular laws on social media has made recommendations in a white paper,” he said.

The minister said that the UK initiated a new law which would make social media companies to be fined up to 18 million pounds (about N10.8 billion) if they failed to stamp out online abuses.

He said Google was fined 220 million Euros (about N110 billion) on June 7 by French Competition Regulator for abusing its dominance in the online advertising market in France.

Similarly, the minister said the Federal Cabinet of Pakistan had approved a new set of rules to regulate social media.

He said in compliance with the new online broadcasting rule of Turkey, Netflix and Amazon Prime Video had obtained licences from that country’s broadcasting authority.

Mohammed noted that regulation of social media was not synonymous with stifling press freedom.

“We must not confuse press freedom with irresponsibility.

“How can you stay in your country and allow your own platform to be used to propagate war in another country?

“The suspension of Twitter is to ensure that no particular platform is used to cause war in Nigeria.

“Secondly, to ensure that whoever is making money in Nigeria must be made to pay tax.

“Our appeal to Nigerians is that they should understand where we are coming from.

“We have no intention to stifle people’s freedom or to cut off the source of livelihood of anybody.

“There must be a country devoid of war before we can talk of freedom and a source of living,’’ he said.

The Federal Government on June 4 suspended indefinitely the operations of the microblogging and social networking service in Nigeria.

Mohammed, who announced the suspension, cited the persistent use of the platform for activities capable of undermining Nigeria’s corporate existence.

He said the Federal Government had also directed the NBC to immediately commence the process of licensing all Over the Top (OTT) and social media operations in the country.

OTT media service is offered directly to viewers through the internet