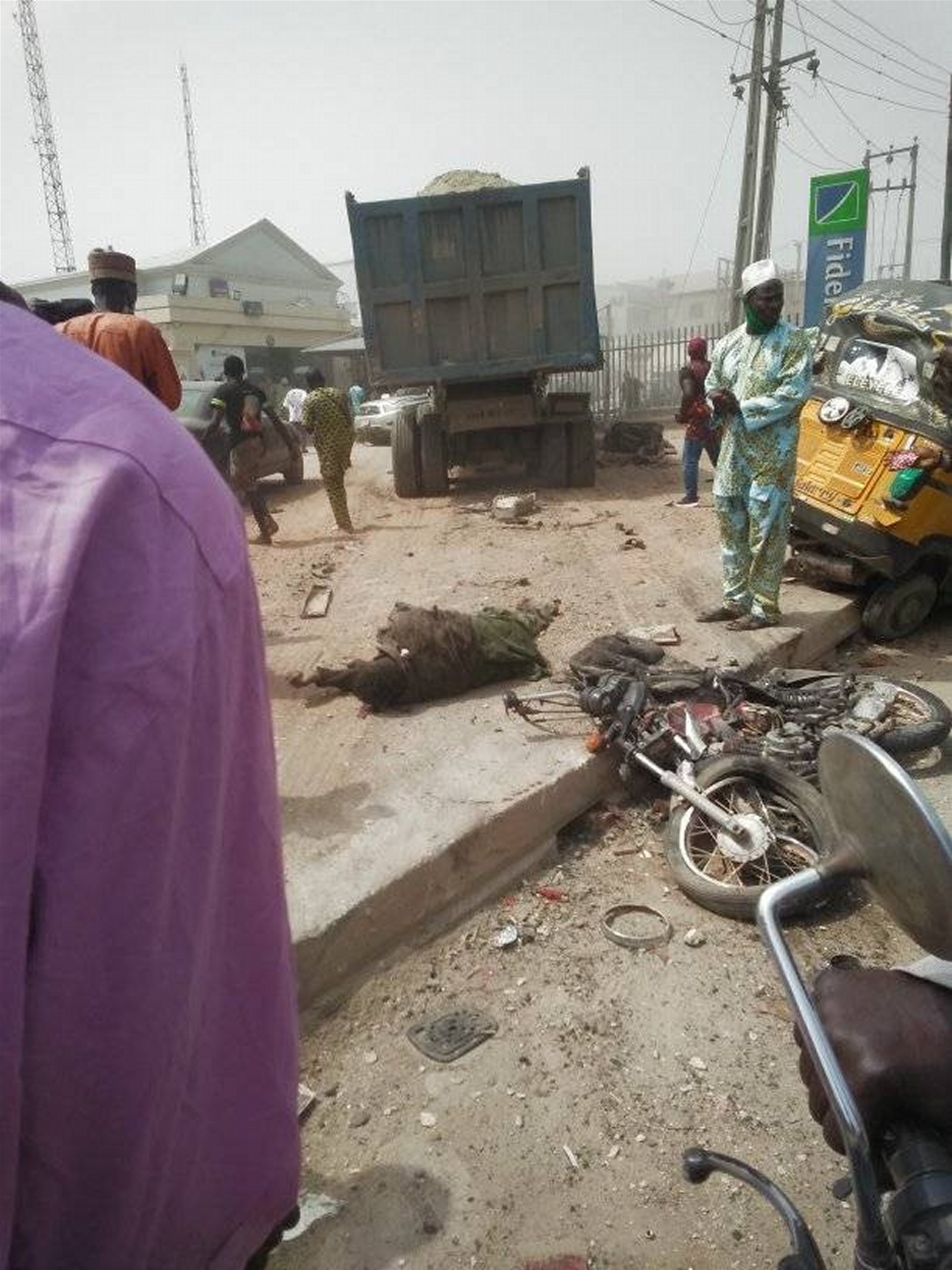 Two persons were crushed to death in an accident that occurred at Joju bus stop along the Lagos-Abeokuta expressway in Sango Ota area of Ogun State, Southwest Nigeria.

The incident happened on Thursday, December 24 when a truck with registration number AAA552XY MACK TRUCK lost control due to over-speeding and crushed a female motorcyclist and her passenger and a tricycle rider before ramming into a Sport Utility Vehicle and a bank ATM area

The crash involved two trucks, eight vehicles including a tricycle and a motorcycle. Ten persons including two expatriates were reportedly injured in the crash.

Bank customers who were at the ATM stand were said to have narrowly escaped death as they ran into different directions for safety when the truck approached their direction.

The FRSC spokesperson, Florence Okpe, who confirmed the incident said the crash occurred at about 1250HRS on Abeokuta-Lagos expressway around Joju.