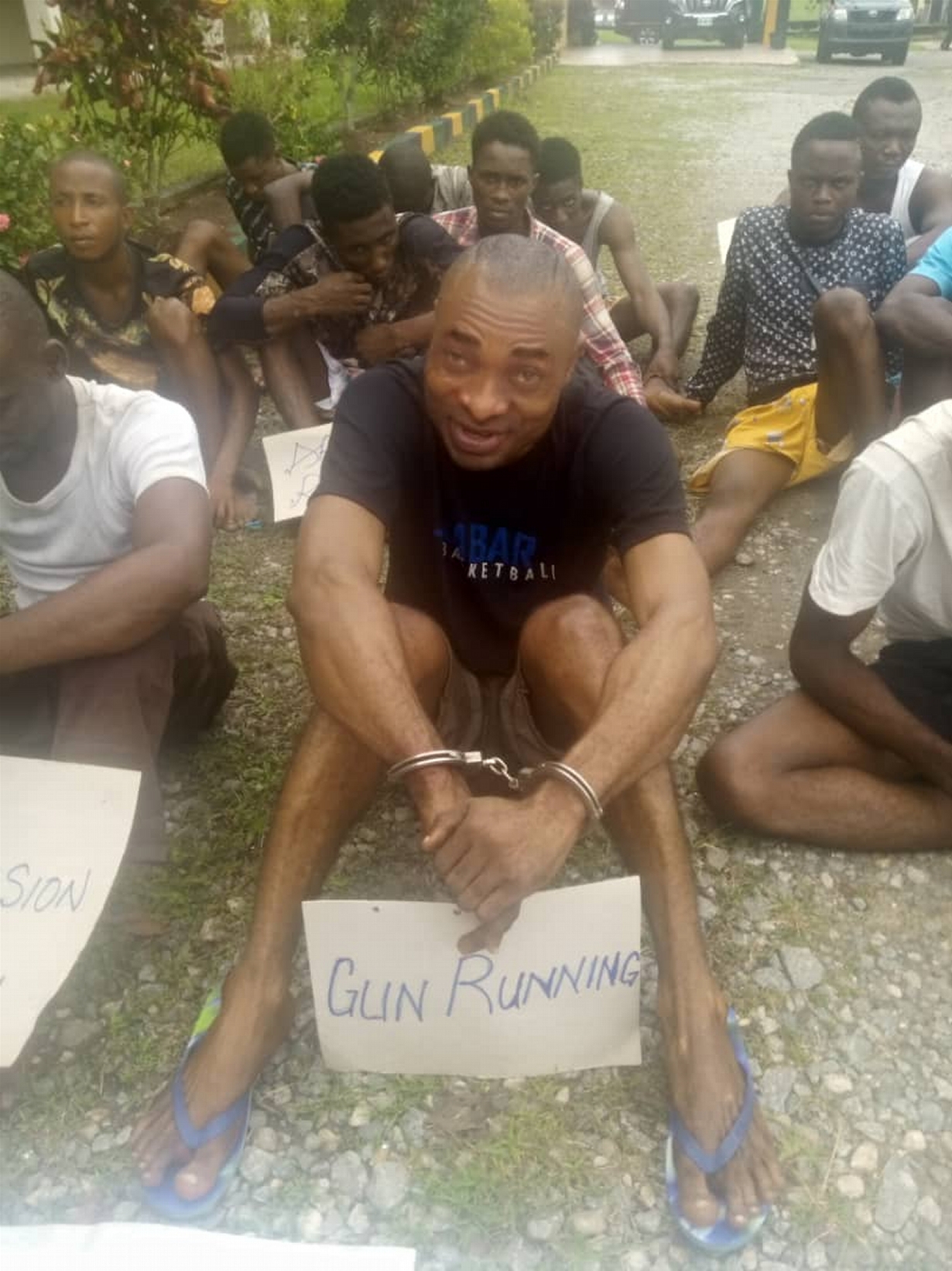 A police officer who allegedly sells guns and weapons to criminals was arrested and paraded June 22 at Calabar, the Cross River State Capital in Nigeria.

The suspect, identified as Nathaniel Manasseh, is an Inspector in the Nigerian Police Force. He was paraded in Calabar alongside criminals who buy firearms from him.

Inspector Manasseh usually gives out rifles belonging to the Nigerian Police Force on “rent” to notorious criminals and a member of a gun-running syndicate.

A total of 24 persons were arrested: three for murder, nine for armed robbery, six for Cultism. Three others were arrested for gun-running including Inspector Manasseh as well as one person for car snatching and another for arson.

Manasseh, who confessed to the crime, said he was charmed and dispossessed of some AK-47 rifles and a car.