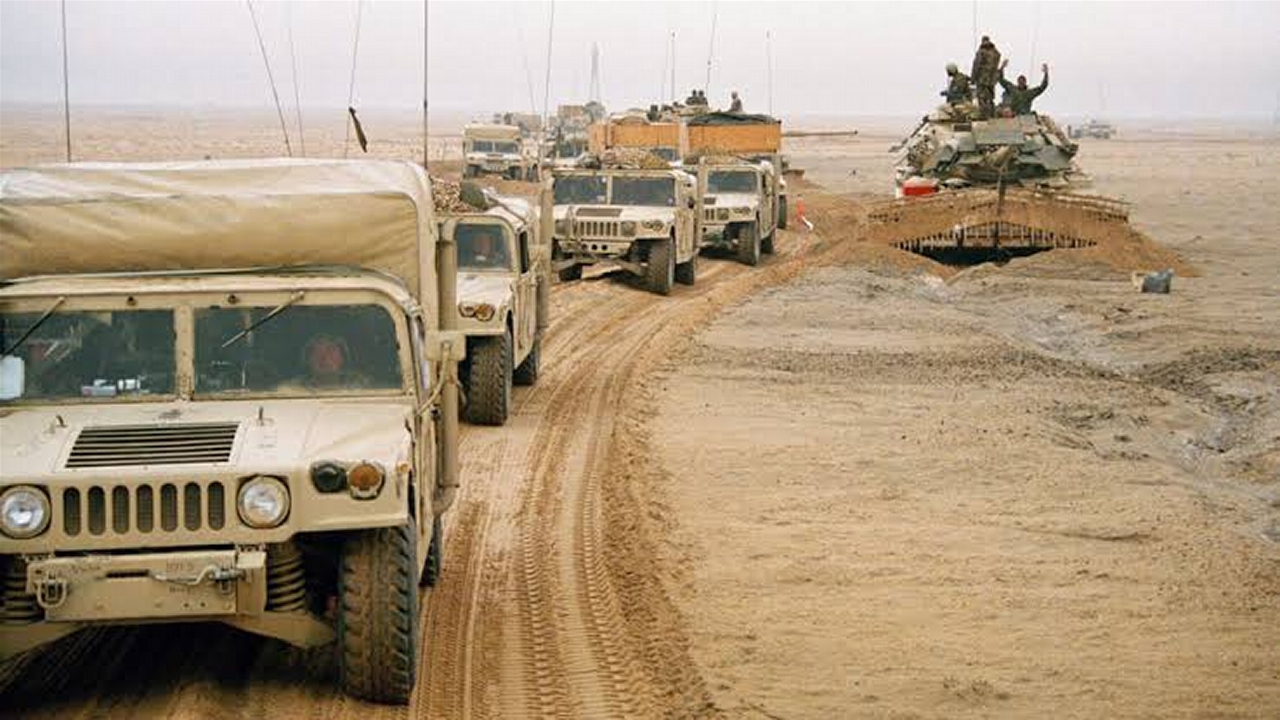 The Gulf War of 1991. It was one of the most lopsided wars in recorded history. Iraq wasn’t just defeated by the US-led Coalition, it was obliterated. It’s military and civilian infrastructure was torn to shreds, leaving it’s military a shadow of it’s former self and there was widespread devastation throughout the country. It achieved none of it’s war goals. And all this while inflicting minimal, almost meaningless losses on it’s enemies.

After the Iraqi invasion of Kuwait, the subsequent assembly of the Coalition, sanctions, and ultimatum, the Coalition launched a campaign against Iraq, starting with an air campaign that saw widespread bombing of Iraqi military targets and infrastructure, followed by an approximately 100-hour ground campaign to eject Iraqi forces out of Kuwait and then invade Iraq itself. Most of the battles were massively lopsided and ended in Coalition victories.

The lower-end estimate of Iraqi soldiers killed in the war is around 25,000, and it may have been as high as 50,000. Thousands of Iraqi tanks and other armored vehicles were destroyed. One of the most infamous incidents was the “Highway of Death” affair, when Coalition aircraft obliterated a huge column of Iraqi forces retreating from Kuwait, leaving miles of destroyed vehicles and bodies. Coalition tanks, massively superior, were able to obliterate the massive armored forces of what was then the fourth largest army in the world at almost no cost. Much of the Iraqi Air Force fled to Iran, but those aircraft that stayed behind were largely devastated. The Iraqi Navy was devastated. There was also large-scale destruction of Iraqi roads and railways, refineries, power stations, bridges, factories, and broadcasting stations, and 3,664 Iraqi civilians are thought to have died.

For all this, the Coalition lost 292 soldiers, of whom only 147 were actually killed by Iraqi military action: the rest died in friendly fire and other incidents. Only a handful of Coalition aircraft were shot down and armored vehicles, including tanks, destroyed by enemy action.

Iraq was evicted from Kuwait, and had part of it’s own territory temporarily occupied. It was set back from being an industrialized country to a pre-industrialized one, and suffered for years under heavy sanctions. It’s military was gutted. The US-led Coalition were able to effectively commandeer large parts of it’s airspace by imposing no-fly zones a few years later in support of the Kurds. To this day Iraq is still paying reparations to Kuwait as demanded by the UN.

This was probably the most humiliating defeat in living memory. Iraq not only lost completely, had it’s military torn to shreds, and suffered widespread devastation, it cost the US and it’s allies almost nothing in terms of losses to enemy action.