The King’s Meat- By Sam Omatseye 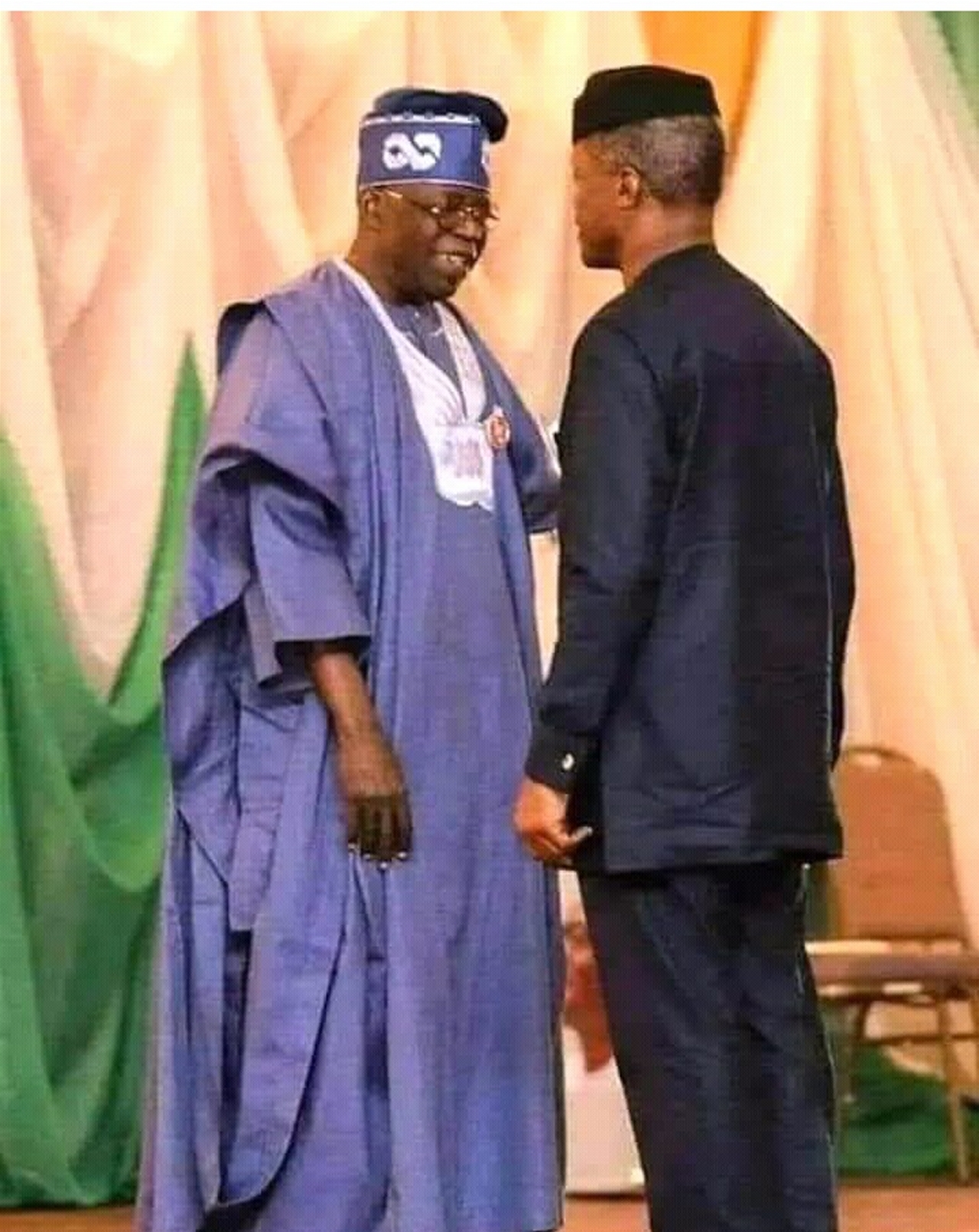 After hiding under the shadows of his votaries, Vice President Yemi Osinbajo took off his veil. On the ordinary level, it was the unveiling of his ambition for the number one post. But for others, including this essayist, he did not just unfurl a dream. He cracked the calabash.

He was, by that singular act, challenging his mentor to a duel.

For some of us who did not believe it was true, the announcement was a theatre as a giddy act because it began as a furtive play. His ambition, that is. Then he decided to hit the jugular. He said it in no unshaken terms.

So, in the sphere of knowledge, he knew that Tinubu was eyeing the post, and intended to run once Buhari’s time had run its course. That explains why he did not say it out loud. No doubt, he had a right to any position as a citizen of the republic. But there is right and there is decency.

If he intended to run, why did he not go to his leader and say, “I know you want this position. But, you see, I have been where you put me in the past six or seven years, and I want it. I know it’s your dream. I have seen some things, eaten some things, touched some things and done some things and I believe I should give it a shot.”

But rather than avail himself the class and panache of this dialogue, he amassed his team, and they pointed the pistol.

Poor indeed that they started challenging Tinubu’s supporters in public spaces, leading to turf wars. In all these, he kept a silence. A silence that was full of bows and arrows. It was the way of the coward.

But the first narrative he encouraged was that he did not come out of Tinubu’s benevolence. If he did, why would he hold on to a ballast of an independent man? So, he let the lie to bloat that Tinubu had no hand in making him vice president. Bisi Akande, the elder who had words of praise for him as brilliant lawyer, also narrated how his journey began to that royal perch. Osinbajo never responded, not a thing. Now, he edits Tinubu out of the story, and says it was Rauf Aregbesola and Ibikunle Amosun, who took him to then candidate Buhari. Who were these two men in the APC top brass in 2014? Aregbesola was Osun governor, and he was influential only because he held Asiwaju’s coattail. Ditto Amosun, who was Buhari’s toady. They were not in the high flame of the politicking. They were followers. So, if they took Osinbajo to Buhari, then someone sent them. In his Participations, Bisi Akande narrated how it happened.

Even Osinbajo’s own account is perfidious. He forgets that he once acknowledged Tinubu when the times were insipid in the past. Fibbing, in this regard, is not Christian. But he has been caught in a lie. Again, the fact that two intermediate party leaders took him to Buhari underwrites Osinbajo’s status and stature then. No one knew him on a national scale. He could not have even run for senate without help, or even house of representatives.

He barnstormed his home state of Ogun recently. He knows he could not have even run for a post then without help from Lagos. He was no factor even in his home state when he was executing Tinubu’s audacious vision for justice in Lagos. Now, he acts as though he is the legitimacy of Ogun State. With his relative obscurity, he knows he was no factor in 2014, and today he is vice president. He has forgotten his obscurity, and he thinks that it is convenient to forget Tinubu so he can assert his own ambition. Hence the narrative of ingratitude.

He did or could not confront Tinubu with his ambition because he did not have the courage to do it. He is battling with what historians and psychologists have designated as the fear of gratitude. It means I can’t acknowledge those who made me a success because it will diminish my stature and accomplishments. Since ancient times, especially in Rome, according to Edward Gibbon’s classic, The Decline and Fall of the Roman Empire. A certain emperor killed all those who knew him when he was a slave. The historian and philosopher Tacitus wrote: “Men are more ready to repay an injury than a benefit because gratitude is a burden and revenge a pleasure.”

It is narratives like this that are yoking him to the Akintola saga in the First Republic. In spite of revisionists, Akintola remains a Yoruba quisling. He was first a hypocrite before he became a traitor. He wanted to play incorruptible by arguing with Awo about party members’ role and activities in government as though he did not know before he became premier. It is that hypocrisy that bound him with enemies outside who pissed inside the house.

In obvious reaction to my last week’s parable, the vice president said it would be a betrayal for him not to run for office. You betray anyone with whom you have a pact, either moral or legal. Does he have a pact with Nigeria that once you serve as assistant to the president you must serve as president. He spoke it with an air of inevitability. No one has a pact to run for president. A right? Yes. A pact? Nada.

He owes loyalty to where he comes from, not where he wants to go. And when he became vice president, he even discharged, as a task, a vision that Tinubu suggested to the administration, especially school feeding. Tinubu’s idea: I hope they won’t dispute that either. The job was taken out of his ken and given to a new minister who is yet to explain to the public and the children how two billion Naira was spent to feed kids who were at home during Covid lockdown. The idea came out of Tinubu’s cook book, but the chef failed the palate. So, for a man who says he will continue Buhari’s legacy (still a question mark), he could not even execute Tinubu’s idea, just a little of his vast array of vision.

By elevating to Nigeria above a group, he was guilty of Samuel Johnson’s words: “Patriotism is the last refuge of the scoundrel.” Every rise in politics begins from a cell. To move on, you have to always negotiate with that cell or you sell out. In Greek mythology, dramatized by playwright Euripides, a man sacrifices his daughter Iphigenia for country. But his heart is not in the right place. A wasted tragedy.

Osinbajo’s assertion that he owes no one any debt reminds me of Buhari’s inaugural speech in which he said, “I belong to everybody and I belong to nobody.” That never happens in politics anywhere. It was even plagiarised. An old man, the greatest French man in the 20th century Charles de Gaulle. He uttered it in May 1958. Neither Buhari nor his speechwriter has said sorry to that French man’s grave. It was intellectual corruption. In using the phrase that he owes no one any debt, he was battling with his conscience. Some are asking, if he could do this to the man who helped him, who else can he not do this to? They might see him as a “Man dressed in a little brief authority,” as Shakespeare says.

He probably ate a forbidden fruit. Maybe he gobbled the king’s meat, and how palatable it was. Daniel in the Bible rejected the king’s meat. He thought it would defile him. But Osinbajo might like the morsel. In A Man of the people, a novel about politics of this sort, Chinua Achebe asks impishly, who will spit out a morsel of meat that good fortune put in his mouth? Achebe knew, like Daniel, that it is an unclean thing. Maybe it is that gastronomic temptation that is troubling our vice president.