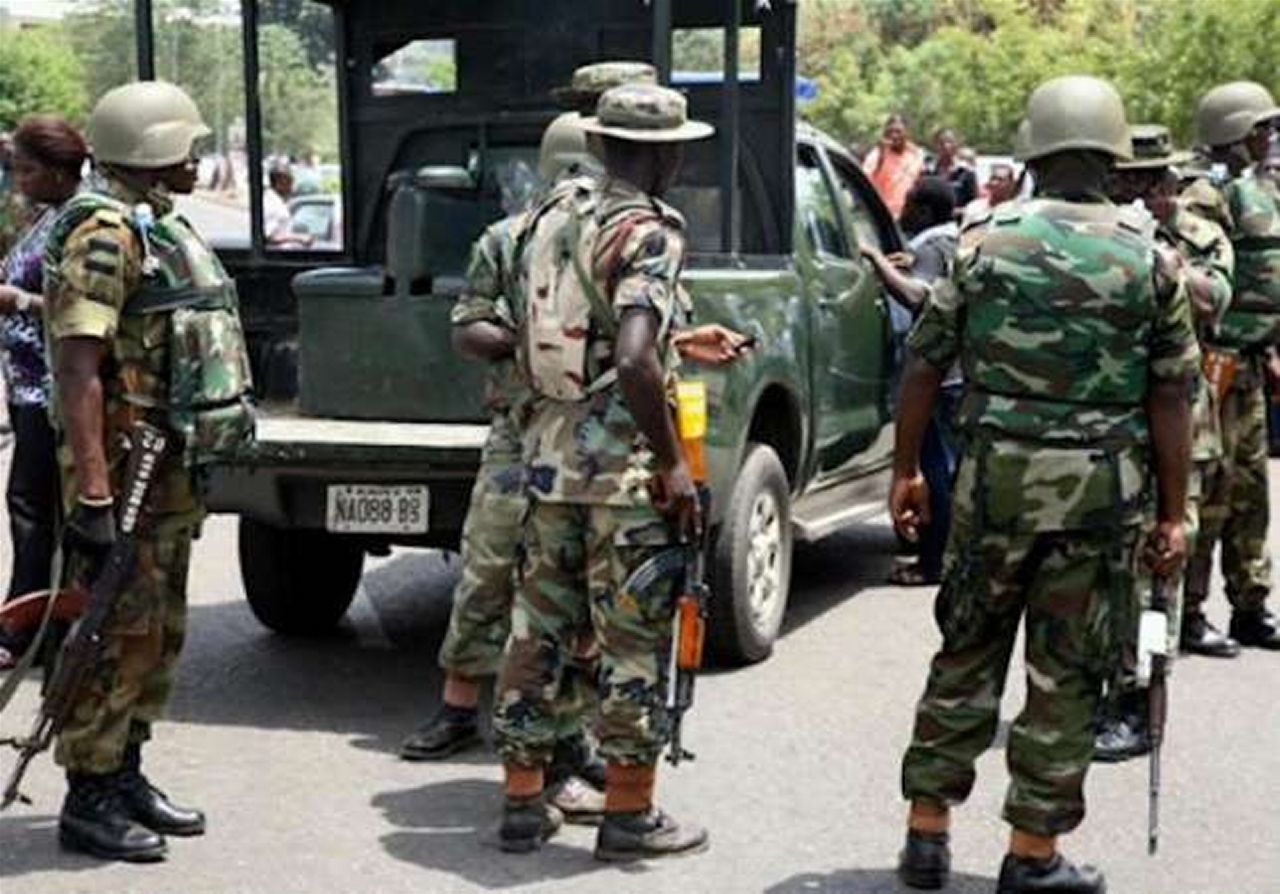 An eyewitness, who was caught in the traffic jam created by the encounter, said he heard gunshots thrice before……

Some female members of the Islamic Movement in Nigeria (IMN) were beaten up by soldiers along the Abuja-Kaduna expressway in the nation’s capital on Tuesday morning.

Soldiers, who mounted strategic location on the ever-busy road, had flagged the vehicle conveying the women.

Immediately, they alighted, the soldiers whipped and kicked the defenceless women.

They were later whisked into a van parked by the road.

Our correspondent, who was at the scene, also saw the security operatives harassing passengers and passersby.

The soldiers searched the vehicles in the bid to identify IMN members.

“Come out now! You are one of them!” a well-built armed soldier barked at a man in one of the buses.

A lady, who preferred anonymity, said she and two other members of her family were on their way to Jabi Motor Park when the passengers on the bus conveying them were forced out of the bus.

“Before my mother get on the bus again, the driver was forced to move on. We could not help but cry hard as we don’t know what will happen to her.”

Daily Trust cannot independently verify how many persons were arrested as at the time of filing this report.

Our correspondent learnt that the Shiites were moving to a location where they were to hold a procession.

Despite the ban on Shiites procession in Abuja, members of the sect have continued to march on the streets of the nation’s capital at intervals.

He was arrested after some of his followers clashed with soldiers in Zaria, Kaduna State, in 2015.

The Kaduna State government had charged him with culpable homicide.