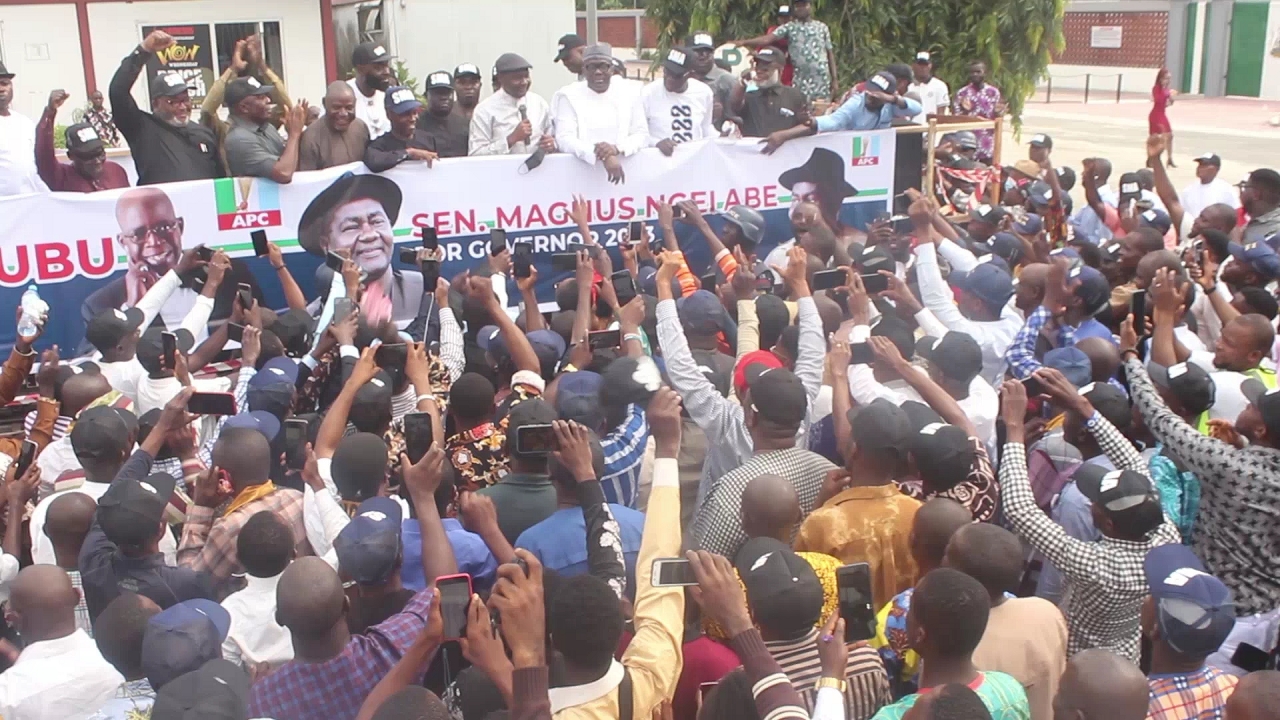 A former lawmaker representing Rivers South-East Senatorial District at the Nigerian National Assembly, Senator Magnus Abe has expressed confidence that the presidential candidate of the All Progressives Congress (APC), Ahmed Bola Tinubu will be elected as the President of Nigeria in 2023.

Senator Magnus Abe also declared that the All Progressives Congress (APC) will mobilise one million voters in Rivers state to support the party’s presidential candidate.

Senator Abe made the declaration while addressing thousands of APC members and supporters at the Port Harcourt International Airport, upon his arrival from Abuja.

He called on people of the state to register their support for ‘Project SMA 2023’, aimed at allowing the people to choose who will be their Governor in 2023.

Abe made it clear that any person that is not known to Rivers people and is hand-picked by one man, cannot become the Governor of the state.

He assured the people that the former Governor of Lagos State, Tinubu has the needed criteria to lead the country successfully, stressing that the APC presidential candidate has impacted many lives, which he said have paved the way for him.

Senator Abe explained that what the country needs is a leader that will help the country’s peace and development, rather than those interested in looting the assets.

Also speaking, the factional Chairman of APC in the State, Golden Chioma urged party supporters to get their permanent Voter Cards (PVCs) in order to choose who will govern them in 2023.