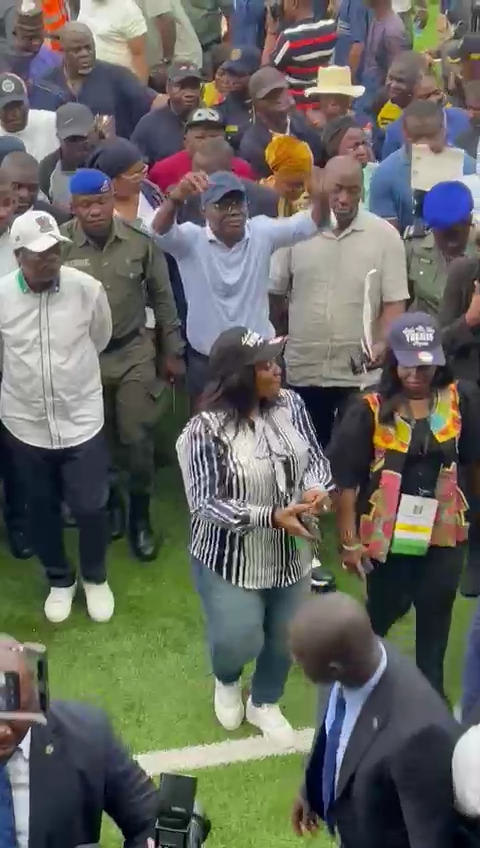 The Electoral Committee for APC Governorship Primaries in Lagos State has revealed that only Gov. Babajide Sanwo-Olu was cleared to participate.

The APC special state congress to select the party’s candidate for the 2023 governorship election held on Thursday.

Alhaji Adamu Yuguda, Chairman of the five-man electoral committee, stated this while reacting to allegations that the two other aspirants in the race were prevented from attending the primary election.

Yuguda said: “We are aware that three aspirants bought forms for Lagos state. Three accredited for the screening. One was cleared, two were not cleared.

The other two aspirants for the topmost seat in Lagos state that were not cleared are a former commissioner, Mr Wale Oluwo, and a former permanent secretary, Abdul-Ahmed Mustapha.

After his victory, Lagos State governor, Babajide Sanwo-Olu urged fellow contestants in the All Progressives Congress (APC) governorship primary to join hands with him in moving the state forward.

The governor, who is seeking re-election on the platform of APC polled 1,170 votes on Thursday to emerge as his party’s flag bearer for  the March 11, 2023 governorship elections.

Sanwo-Olu won in all the 20 local government areas in Lagos State during the primary election held at Mobolaji Johnson Arena.