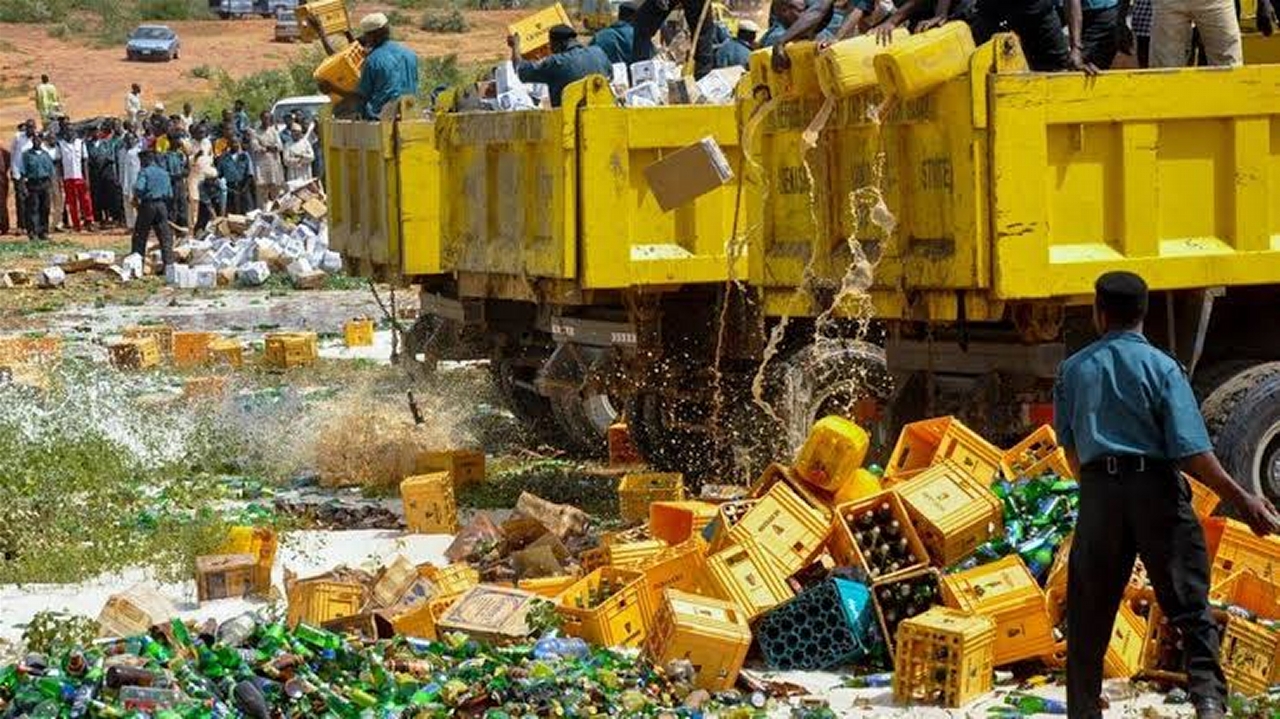 A number of people were injured with vehicles and property burnt as violence broke out between officials of the Hisbah Board and some angry youth in Kano Northwest Nigeria on Tuesday night.

The violence started when some Hisbah officials stormed the popular Ballat Hughes Area, by Court Road in Fagge Local Government Area of the State to confiscate alcoholic products at a joint allegedly run by an unnamed female operator.

Hisbah board is the “Islamic Police” responsible for enforcing Sharia law, which bans the sales, distribution and consumption of alcoholic beverages in Kano State.

However, the officials were said to have been challenged and resisted by the mostly non-indigenes in the area, who accused the officials of being overzealous and high-handed.

The angry mob consequently engaged in a free for all with the officials and set bonfires and barricades around the area.

The Sabon Gari Area is historically notorious for ethnic and religious violence in Kano State. It is largely populated by Nigerian Southerners.

The Kano State Police Command was yet to release an official statement at the time of filing this report.