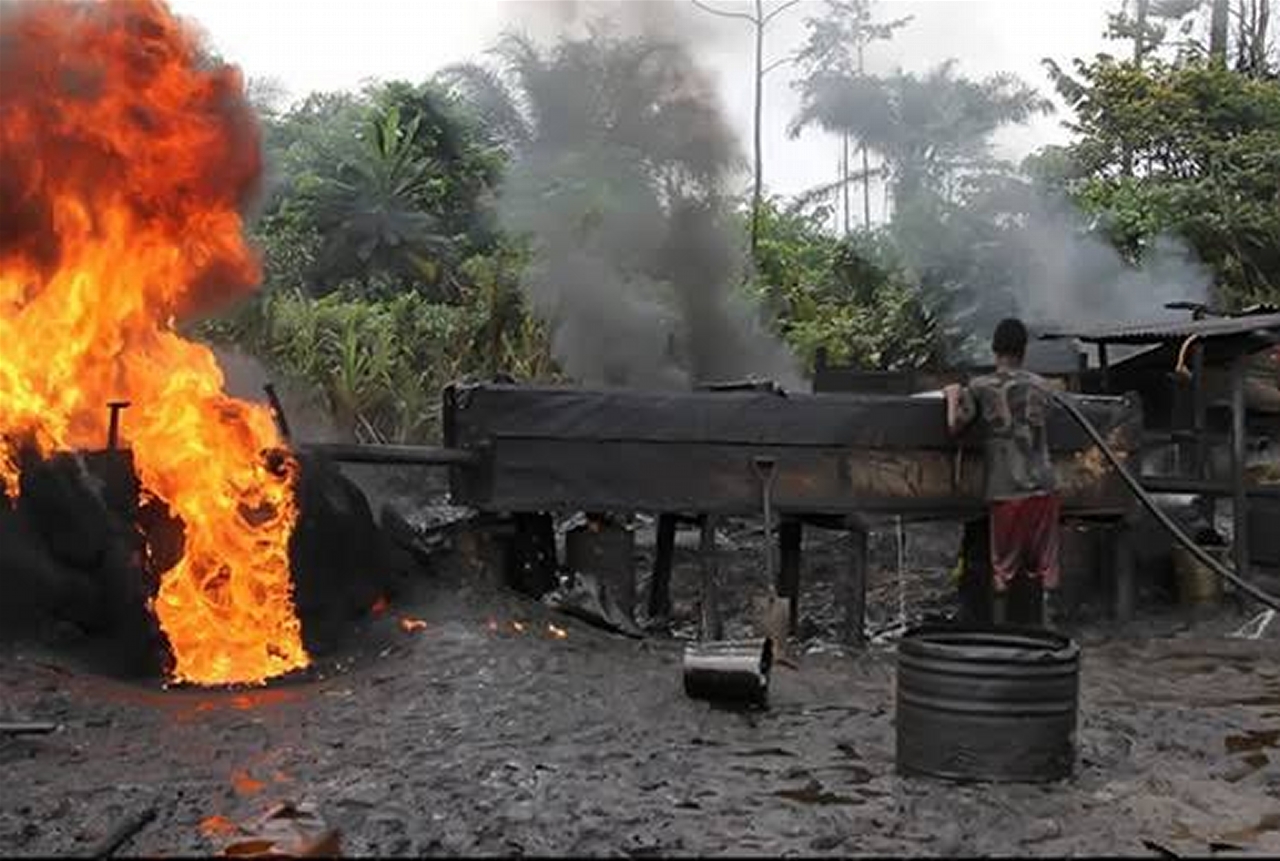 Rivers State Command of the Nigeria Security and Civil Defence Corps has destroyed seven illegal Refineries dump sites and arrested 9 suspected oil thieves. Four motorcycles were among the items seized from the suspects.

The state Commandant of the NSCDC, Aliyu Bature disclosed this while parading some of the suspects at the command headquarters in Port Harcourt, Rivers State capital.

The Commandant who was represented by the Command public relations officer assistant Commandant Micheal Oguntuase said the 9 suspects were arrested at the crime scene Rumuekpe in Emohua Local Government Area of Rivers state where the seven illegal refineries were sited.

Oguntuase expressed that the command has intensified strategies to rid the state of illegal refineries to reduce the impact of Soot in the state.

Assistant Commandant Micheal Oguntuase urged residents to cooperate with the command by supplying adequate information that will assist the civil defence in achieving its core mandate in the Niger Delta region.