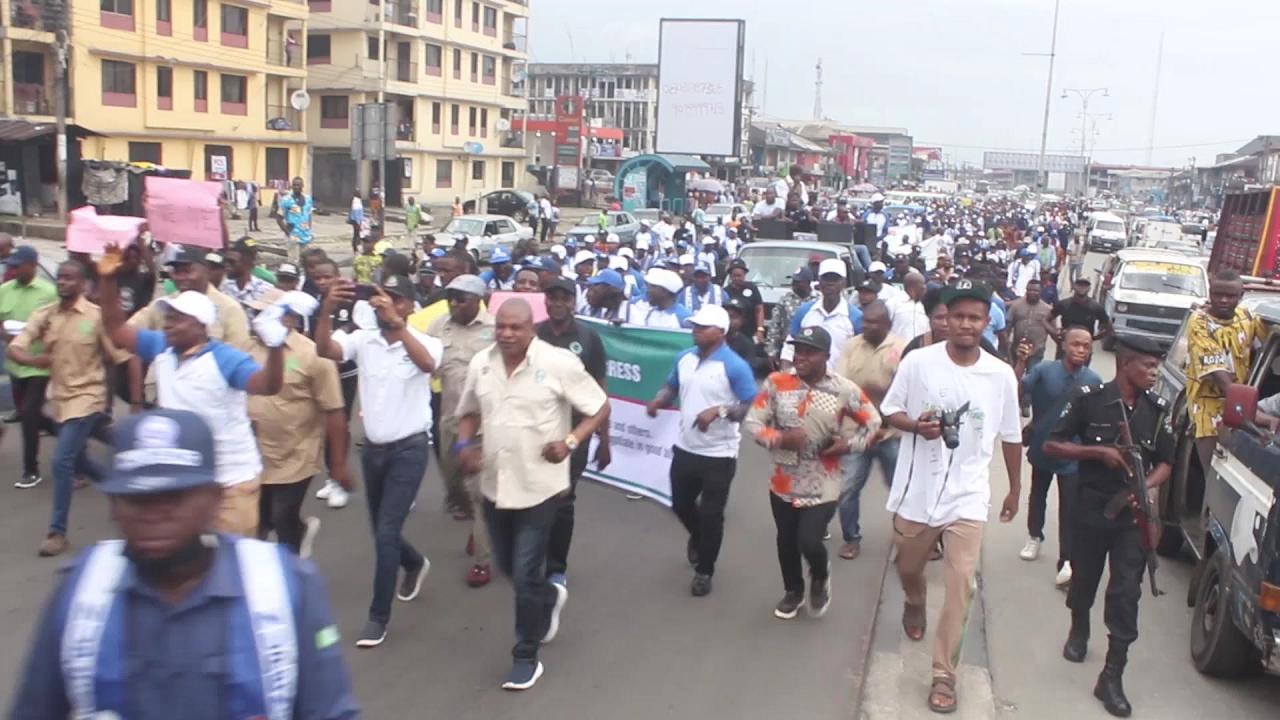 Students and Teachers from tertiary institutions in Rivers state joined workers in the state on a protest march to the Government House, Port Harcourt.

The march was in solidarity with the striking members of the Academic Staff Union of Universities (ASUU).

The protest match was organised by the Nigeria Labour Congress (NLC).

The protesters started gathering along Igboukwu Street in D/Line area of Port Harcourt, early as 7:15 am carrying banners and placards. They marched through major roads in the state capital, including Ikwerre Road and Azikiwe Road before arriving at Government House, where they delivered a letter to President Muhammadu Buhari, through Governor Nyesom Ezenwo Wike.

Addressing the protesters, NLC chairman in the state, Comrade Beatrice Itubo, said Nigerian workers were concerned over the condition of ASUU members and university students in the country.

The union declared No School for Nigerian children who have been at home for over five months, no elections in the country.

Some other union in solidarity with ASUU members said the government should sit up and bring back the children to school.