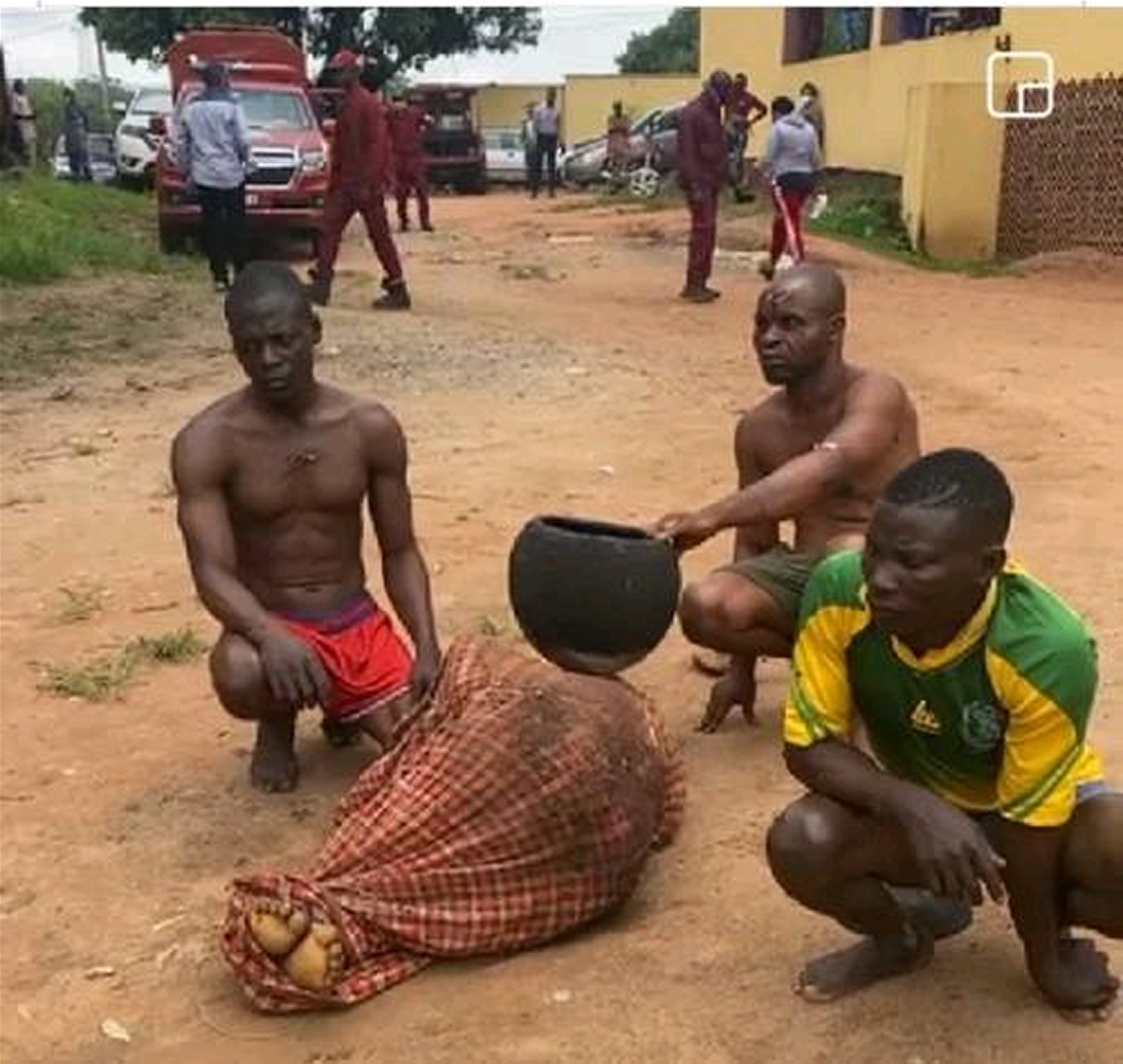 A 76-year-old man, Adeniyi Adebisi Samuel, has been beheaded by some ritual killers in the Akanran area of Ibadan, the Oyo State capital in South West Nigeria-.

Parading the suspected ritual killers at the Amotekun headquarters, Dandaru, Ibadan, on Tuesday, the Deputy Commandant of Amotekun in the state, Mr. Akinro Kazeem, said the suspects were arrested following intelligence reports from the members of the public.

Akinro who gave names of the suspects as; Ismail Muraina, Abdlerasheed Olanrewaju, Olalekan Akande explained that Ismail Muraina confessed that he charmed the victim because he saw him as unstable.

He noted that the suspects confessed that they sold human heads based on the size and amount available in the hand on their customers.

According to him, the suspects specialised in selling human part to the ritualists who are in need of human parts between N4,000 and N100,000.

He urged members of the public to continue partnering with the police and other security agencies to reveal activities of the criminals in their respective communities.

One of the daughters of the victim, Mrs Olaosun Olufunke, said her father called her on Sunday morning that Ismail Muraina asked him to meet him to get some money his younger brother and that was the last time he heard about him.

“The man is lying. My dad told me on Sunday morning that Muraina asked him to come and get money for my younger brother and that was the only thing we heard last from him,” she lamented.