We thank Beninese Government for standing by Yorùbá Nation- YNGD

RULAAC CALLS ON THE LAGOS STATE GOVERNOR MR. BABAJIDE SANWO-OLU TO ORDER A PROMPT AND IMPARTIAL INVESTIGATION INTO THE SHOOTING AT LADIPO MARKET BY SOLDIERS RESULTING TO DEATHS AND INJURIES

PRESS STATEMENT BY FESTUS KEYAMO, SAN ON THE ILLOGICALITY OF THE PDP’S POSITION IN RESPECT OF GOV. MATAWALE OF ZAMFARA STATE

Policemen Protests Unpaid Allowance After 7 Months Of Deployment In Katsina

Communique Issued at the end of 5th- Meeting of the Governors of the North-East held in Jalingo, Taraba State. Tuesday, 6th- July, 2021

Re: Alleged Killing Of 14 year-old Girl At Oodua Rally In Lagos 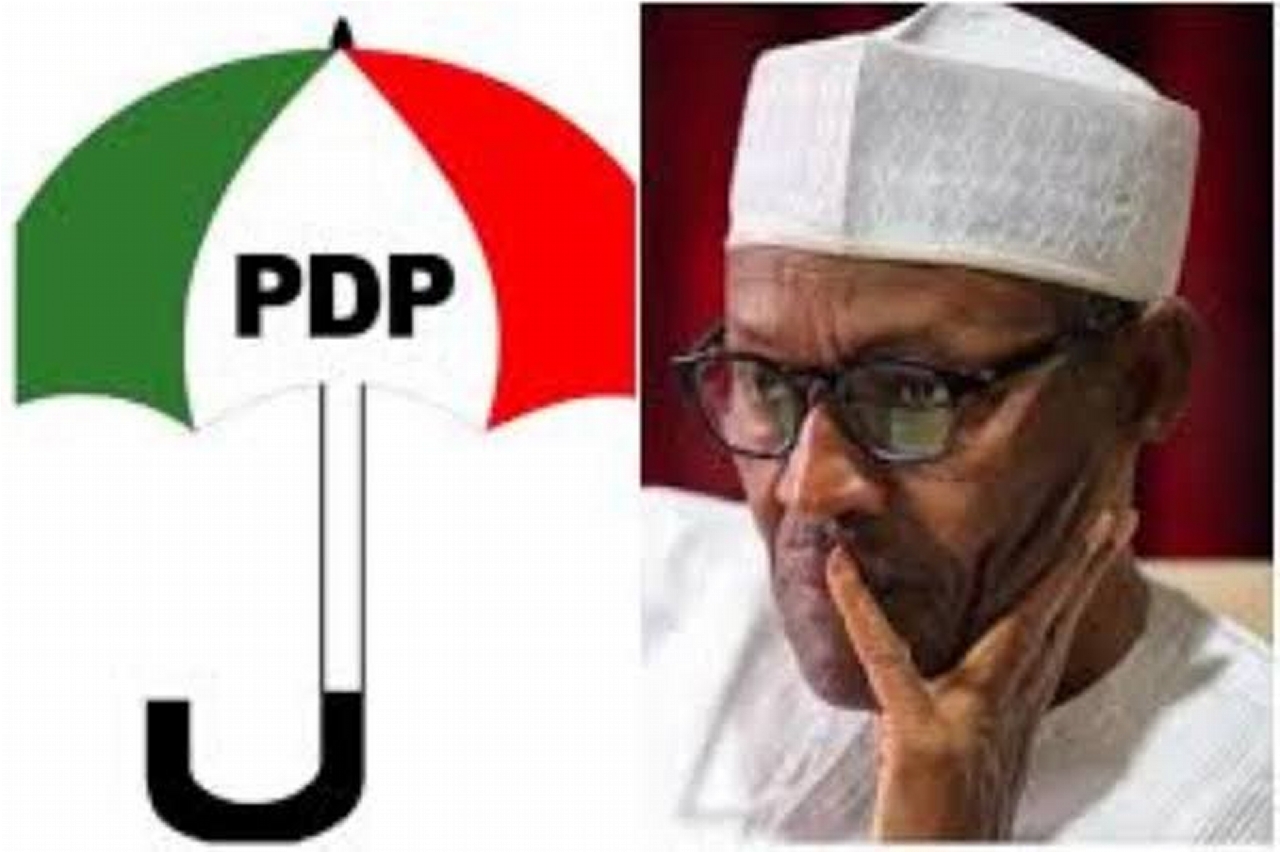 The Peoples Democratic Party (PDP) cautions President Muhammadu Buhari to stop pushing the nation to the precipices by his arrogant and dictatorial remarks as well as inflammatory referencing to war, particularly in his apparent aversion towards the constitutionally guaranteed rights of Nigerians.

The party’s caution is in response to an incendiary comment credited to President Buhari, wherein he was on Saturday, reported to have observed the demand by Nigerians for constitutional restructuring as contiguous with warfare, while sentencing the proponents as “mischievously dangerous”.

The PDP describes President Buhari’s reported remarks that he and his All Progressives Congress (APC) had no time for the call by Nigerians, across board, for a discourse on the state of the nation, particularly in the face of worsening insecurity, economic hardship and sectional disagreements, further demonstrates their arrogant and dictatorial disposition towards the people.

It is instructive to inform President Buhari that, as citizens of a democratic state, Nigerians have every right to demand for constitutional restructuring as well as a democratic forum to deliberate on good governance and national cohesion.

The PDP notes that such demands are neither synonymous nor contiguous to warfare.

It is appalling, and to say the least, despicable, that Mr. President and his party, the APC, who came to power in 2015 on the promise of restructuring, have not only reneged, in utter duplicity towards Nigerians, but also turned around, six years after, to label restructuring as warfare and Nigerians demanding for it as “mischievously dangerous”.

President Buhari should be tutored to know that even the quest for efficient local government system as well as an effectual judiciary, which he alluded to as a focus, can only be achieved through a constitutional restructuring that directly confers and vests the required powers and control to them.

Only recently, President Buhari confessed how he asked some state governors who came to him on issues of security to go back to their respective states and face the challenge.

The amendment or alteration of the constitution to permit state police as widely demanded by Nigerians is therefore a form of restructuring that will adjust our policing system without creating a war.

In as much as the PDP hold the unity and indivisibility of our nation as supreme, our party however supports amendments that will alter the 1999 Constitution (as amended) in any manners that will engender good governance and reinforce, rather than detract from her unity, peace, equity and stability.

Moreover, our party invites Nigerians to note that the APC, as a party, does not have any iota of regard for their aspiration as a people, and as such must not be further entrusted with the fate of our nation after the Buhari abysmal tenure.

On Mr. President’s allusion to a power of selection over whom he will cede power to, the PDP informs President Buhari and his APC to understand that political power belongs to Nigerians and the people will determine who governs them after the Buhari and APC’s era, which will come to an inevitable end on May 29, 2023.