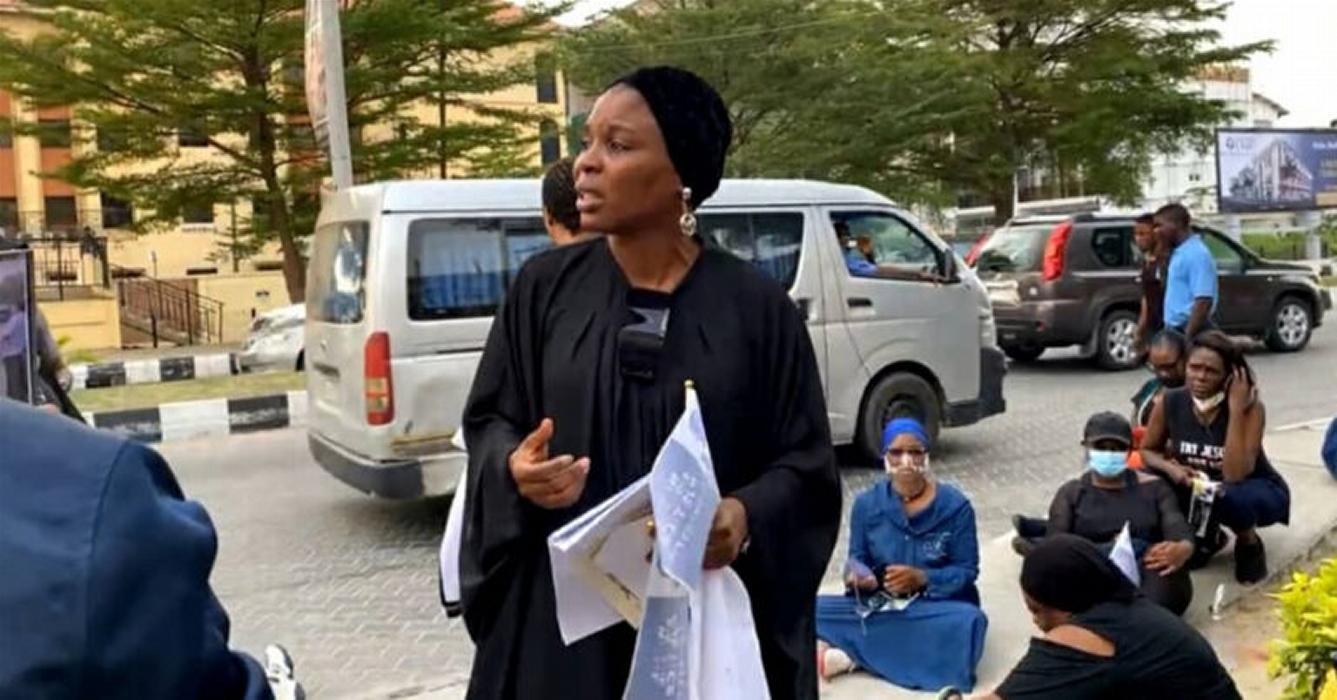 There was a protest on Wednesday, December 8, at the front of Dowen College, Lekki, Lagos state in Southwest Nigeria.

The follows the death of one of its students, Sylvester Oromoni Jnr.

The protesters, led by human rights activist, Adetoun Onajobi, were clad in black and chanted “Justice for Sylvester”.

The 12-year-old passed away from internal injuries sustained as a result of an attack on him by his senior colleagues whom he mentioned before he died.

The Lagos State Commissioner of Police, Hakeem Odumosu confirmed that five students and three hostel masters have been arrested in connection to Sylvester’s death.