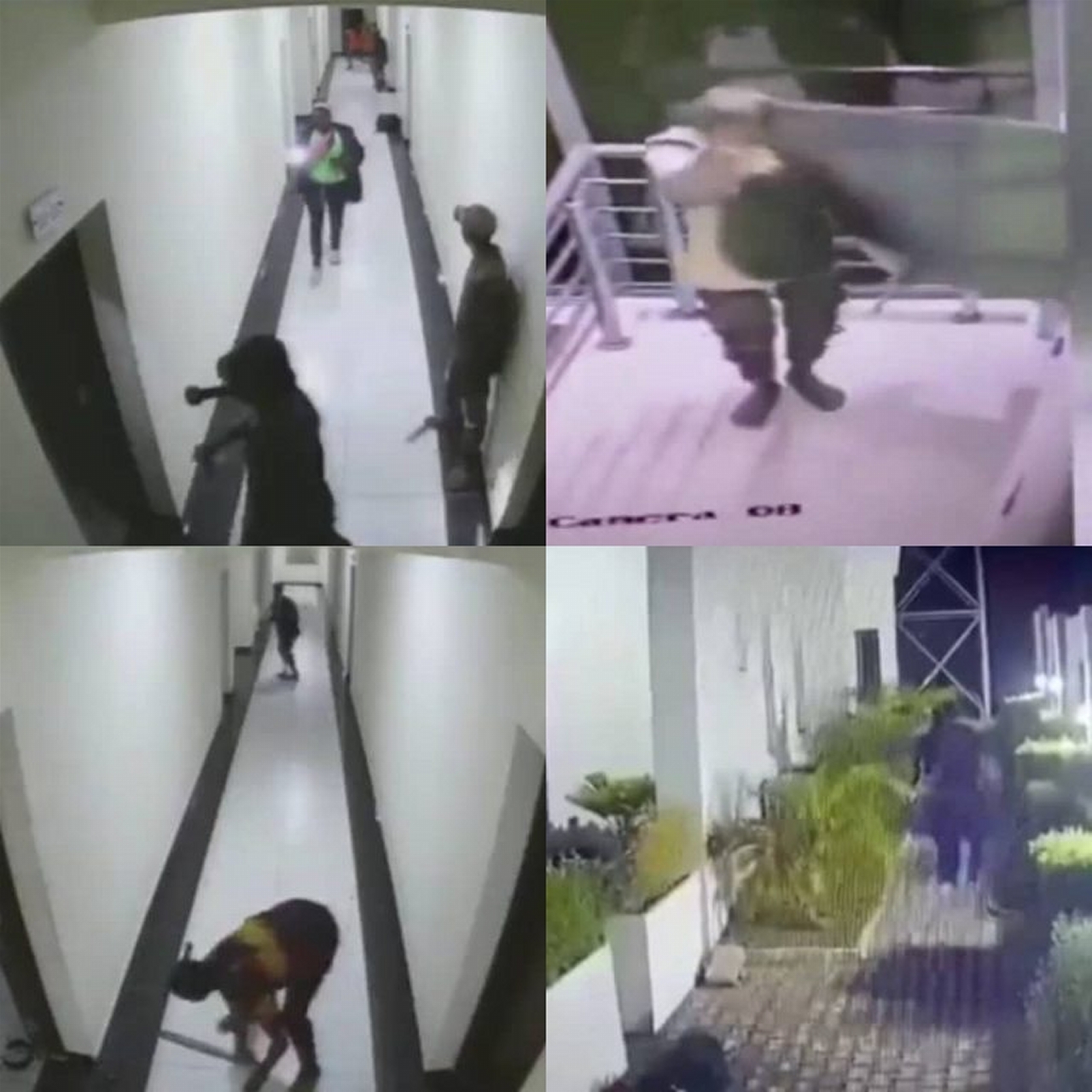 The police in Nigeria’s capital city of Abuja have paraded suspected armed men who raided a guest house and carted away personal items.

CCTV obtained by the police showed the suspects bursting into rooms in the guest house located around Utako in the FCT and robbing the occupants for hours.

Following a detailed investigation, the suspects were arrested and paraded by the police on Friday, May 27, 2022.

Among the suspects paraded were two men who killed a taxi driver identified as Ugwu Bonaventure about a week ago.

When interrogated, one of the suspected killers of the taxi driver, Usman Umar, said

”We collected his phone and in the process stabbed him”

.Also, three suspects paraded were caught on CCTV invading the home of a senior military officer and carting away a TV set among other valuables.