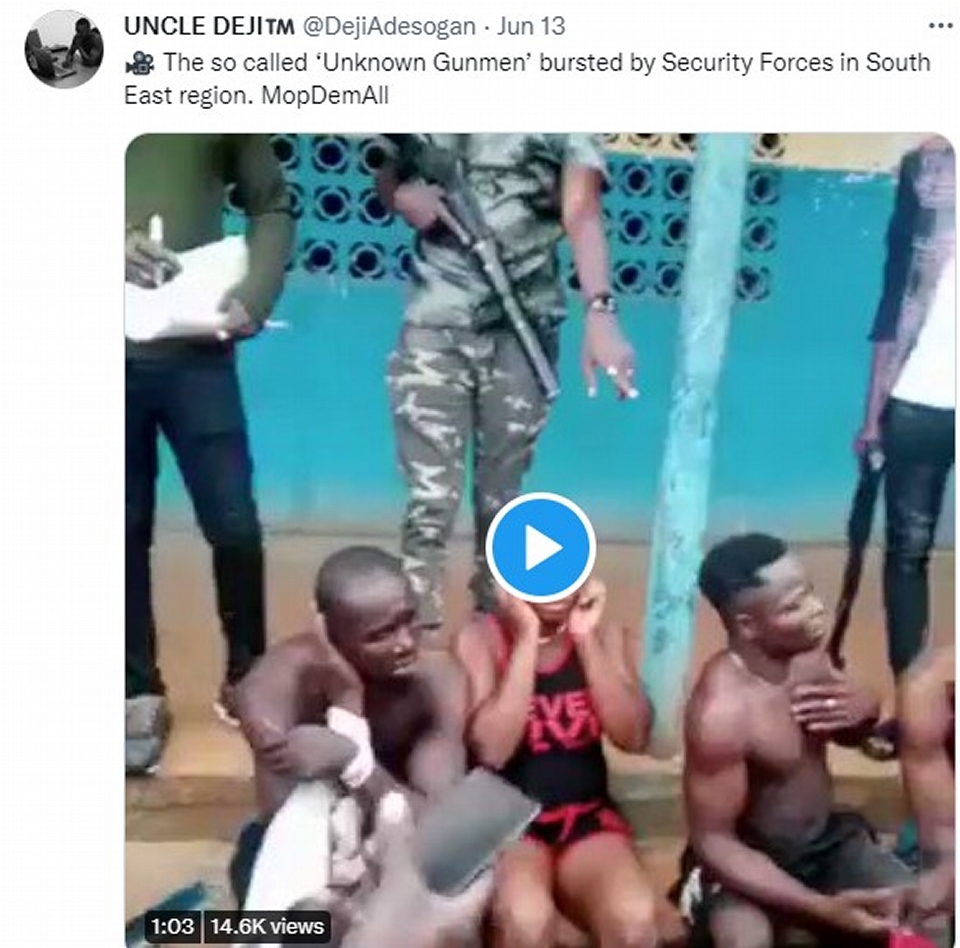 The Police in Anambra, Southeast Nigeria has arrested a woman and three men among the “unknown gunmen” allegedly terrorising the South-East region.

The suspects were nabbed by operatives of the Neni Police Division in Anaocha Local Government Area of Anambra State.

The cops killed one of the gunmen and arrested the four others including the woman.

In a video, the alleged criminals were arrested with different guns, police shoes, a belt and a beret, Biafran flag and charms.

They reportedly engaged the police operatives in gunfight. They were intercepted while they were on a kidnapping operation.