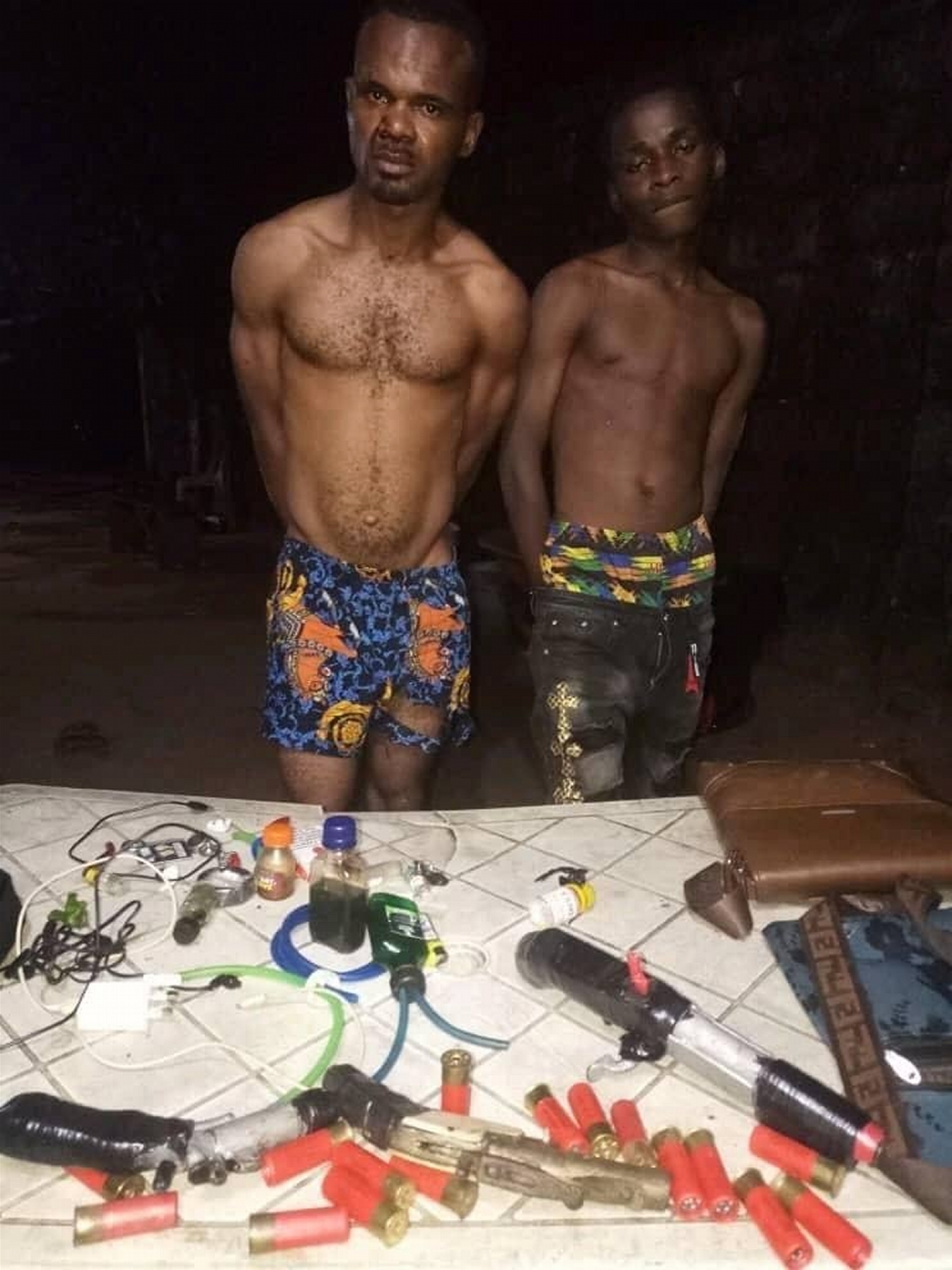 It was learnt that the police engaged the criminals in a gun battle, with several ESN members sustaining severe injuries in the process while two others were arrested.

Akakem had been on the police wanted list of IPOB/ ESN members, and confessed to being a member of the dreaded terrorist gang of the late Joseph Uka Nnachi popularly called King of Dragon.

Weapons and ammunition recovered from the suspects include three locally made pistols with 14 rounds of live cartridges and substances suspected to be hard drugs.