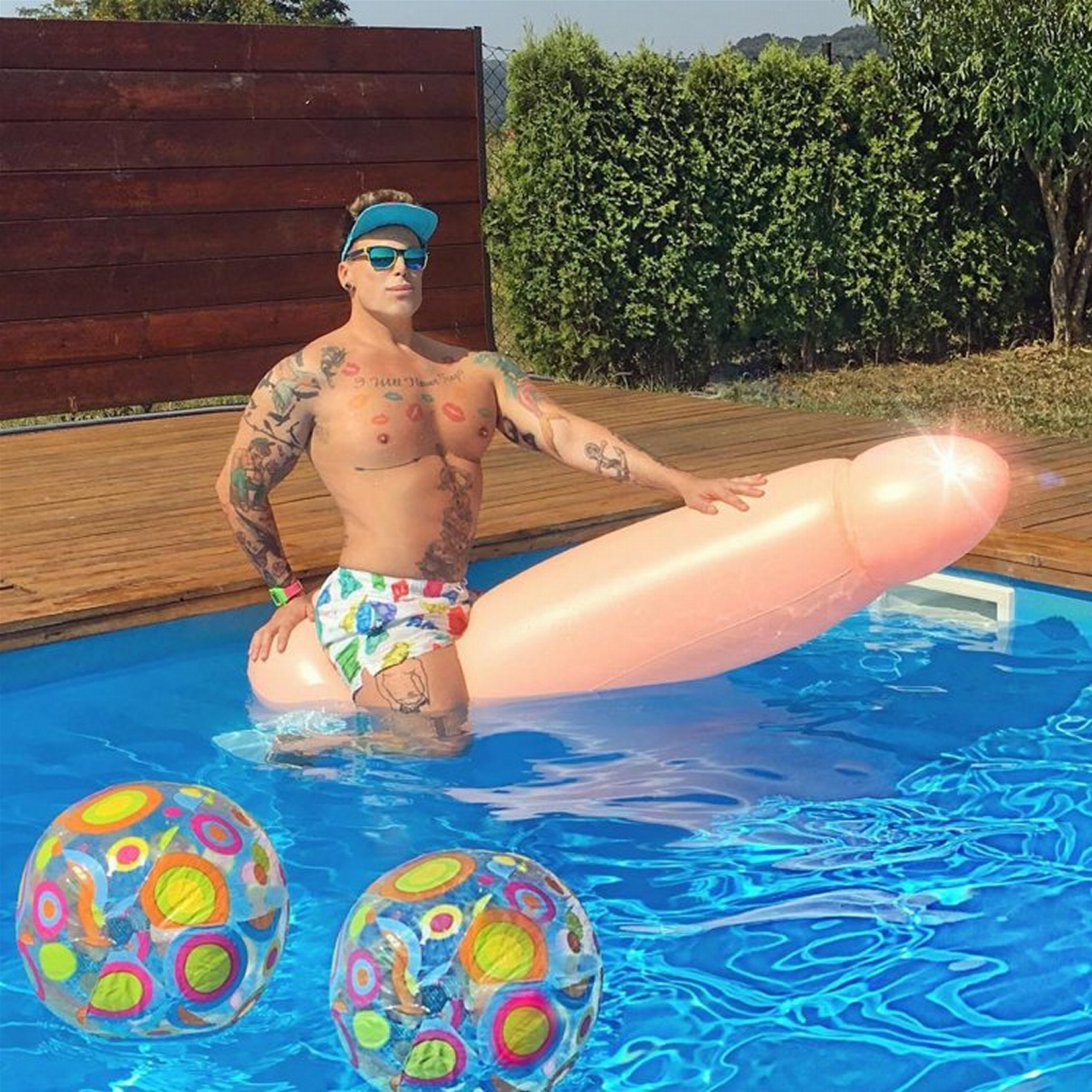 A 45-year-old Croatian who was addicted to having plastic surgeries has ended up with a permanently erect manhood following a nose job.

According to a report by Metro UK, the man, Neven Ciganovic, was left with a priapism – an unwanted, long-lasting and painful erection that is not accompanied by s*xual desire.

The 45-year-old Croatian said: ‘I was in Iran for rhinoplasty for the documentary film that British Channel 4 is filming covering my life.

‘We did not record the surgery but only the consultation sessions with the doctor. They gave me general anaesthesia and I reacted badly to it.’

According to Neven, it was during the surgery that he was diagnosed with priapism.

He recovered in a hospital in Serbian capital Belgrade, but says he was refused painkillers despite being in agony.

He said during his stay there: ‘I reside in Belgrade hospital since Friday. Unfortunately, I do not get analgesics because they do not give them to patients here, so I continue to suffer.

‘I have to be at the hospital for five more days.’

But Neven says another operation has relieved him of his priapism, though he will not be fully recovered for several months.

Neven has had more than a dozen plastic surgery operations, three on his nose plus procedures on his lips, stomach and chin.

His body is covered with tattoos but he thinks the final nose operation – to correct a wonky septum – will be the one that improves his look enough to launch him into international stardom.

He said: ‘I look forward to a movie about myself. Channel 4 dedicated a whole episode about me. I think this is a big deal and I hope this is the start of my international career.’

While he spent some time in London filming with Channel 4 Neven adopted the motto: ‘Better to hate me because for what I am than to love me for what I’m not.’

And he says he is considering more non-surgical treatments to improve his looks such as another ‘vampire facelift’ – where platelets are extracted from a patient’s blood and then used as a skin filler.

And he shrugs off criticism that his extensive surgeries have only worsened his looks, saying: ‘I often hear from people that I looked better before surgery.

‘It was a long time ago and I’m curious: Who will not look better if they are 20 years younger”