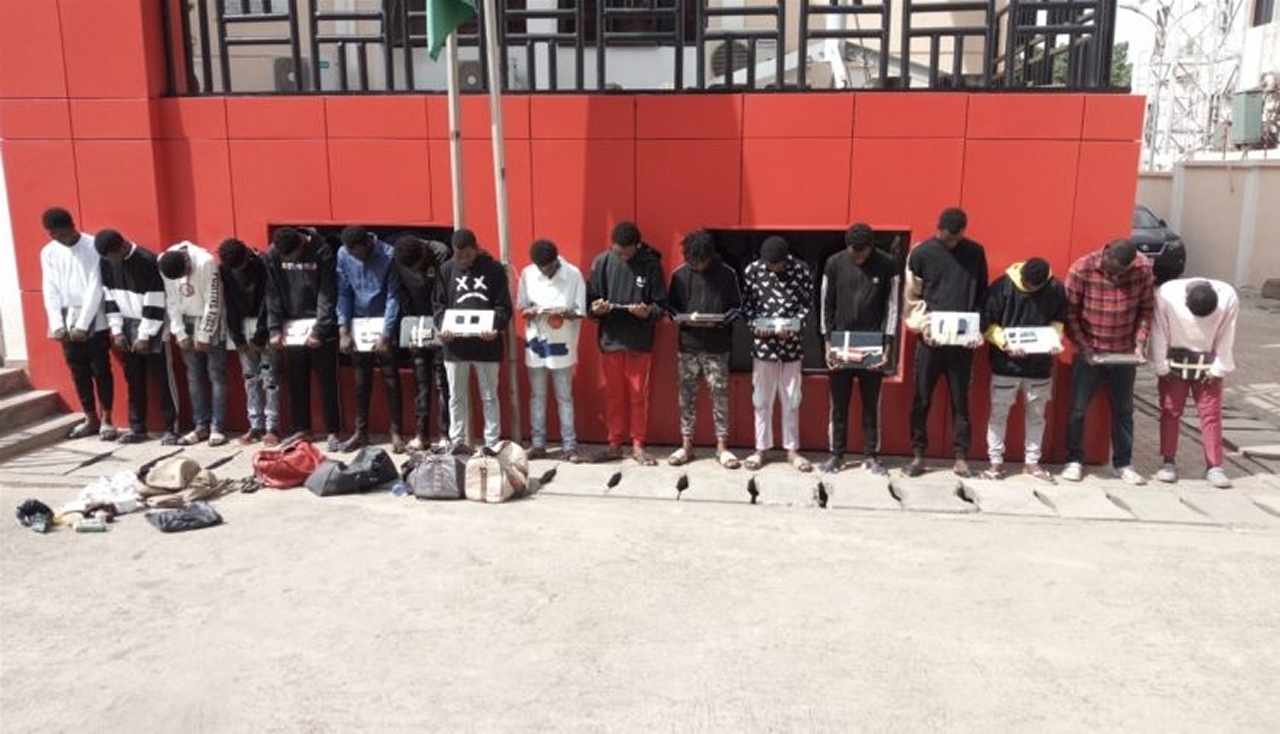 Nigeria’s anti-graft agency claims it has arrested a man who runs an academy where internet fraudsters are being trained.

The Economic and Financial Crimes Commission (EFCC) said the man whose name was given as Afolabi Samad was arrested along with 16 trainees at the academy by the operatives of the commission on Thursday, May 12.

They were nabbed at the academy located at Peace Estate, Lokogoma, a suburb of Abuja, Nigeria’s capital city. The office was said to have been rented for the sum of N3 million per annum.

They were arrested in the morning in a sting operation by the operatives of the Abuja zonal command of the commission following intelligence gathered about the activities of the academy.

It was gathered that Samad, who is an alleged internet fraudster, opened the academy in a three-bedroom flat and was training young men in the art of defrauding people.

According to a statement by the anti graft agency on Thursday, at the point of their arrest, items recovered from him and the trainees included two vehicles: a Lexus SUV and a Toyota Highlander SUV; laptops, phones of various brands, charms, other incriminating documents, among others.

The statement added that those arrested had given useful information to the operatives and they are expected to be charged to court at the conclusion of the investigations.