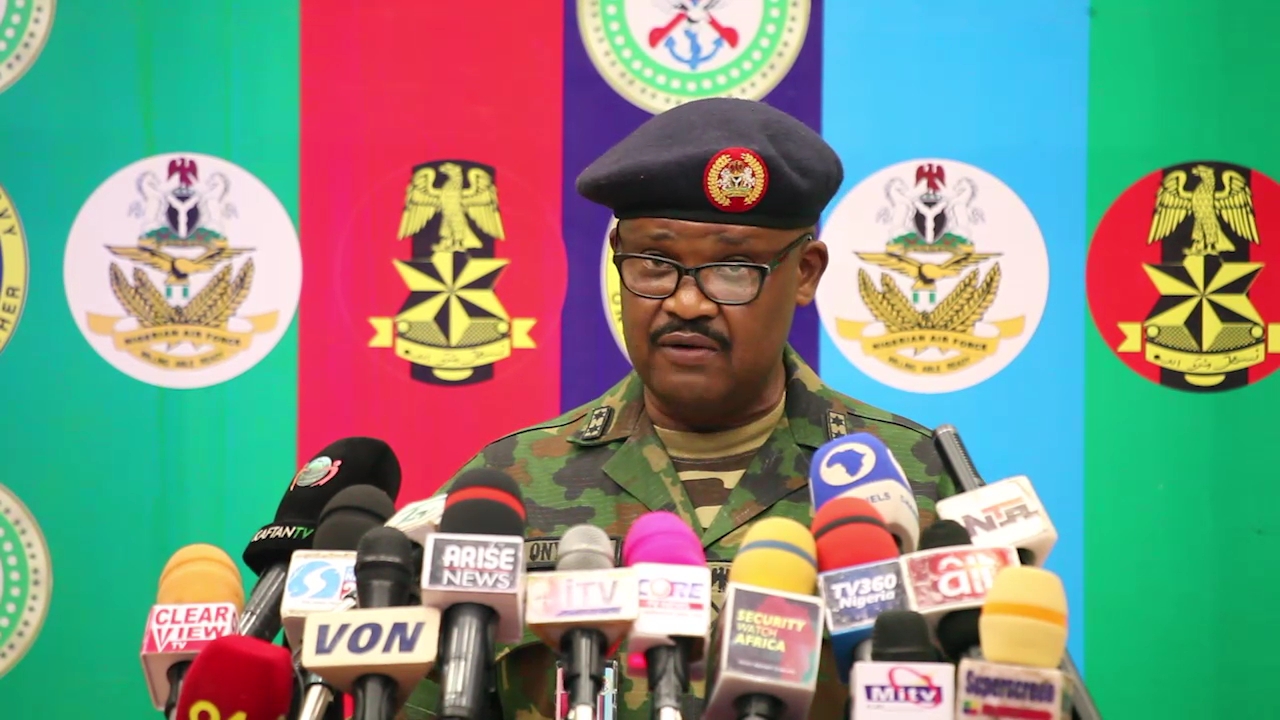 The Director, Defence Media Operations, Major General Bernard Onyeuko who made this known while addressing a biweekly briefing on the operational activities of the troops from 7 – 28 April 2022, said that on 11 April 2022, the land component of OPERATION HADIN KAI with support of the air components conducted offensive operation in Arina Woje in Marte Local Government Area of Borno State and neutralized a prominent Islamic State of West Africa Province (ISWAP) Commander Abubakar Dan-Buduma and scores of the terrorists.

During the operation, a notorious informant and logistic supplier to ISWAP, Mallam Abba Sidi Lawan was arrested at Auno town in Konduga Local Government Area of Borno State, just as the operation led to the destruction of terrorists’ enclaves and their central workshop where vehicles are fabricated for vehicle borne Improvised Explosive Device (IED).

In another, General Onyeuko said an attempt by the ISWAP fighters on 5GTs to attack Nigerian Petroleum Product Company Depot in Diffa near Nigeria/Niger border the attack was repelled and unspecified number of terrorists were killed. Subsequently, the Joint Security Forces of Nigeria and Niger Republic successful destroyed the 5GTs.

As part of the non-kinetic operations measure to bring lasting peace to the troubled parts of Kaduna State under the OPERATION SAFE HAVEN theatre of operations, He disclosed that the Chief of Defence Staff, General LEO Irabor, conducted an operational visit to Kaduna State during his visit the CDS met with critical stakeholders drawn from 5 local government areas of the troubled parts of Southern Kaduna where he ealso interacted with retired military senior officers of Southern Kaduna extraction to chart ways towards bringing an end to the incessant attacks in the area.

According to him, the visit has impacted positively to the peace efforts in the area, where troops also carried out series of community engagements, sensitization programme and civil military cooperations activities to engage relevant civil society in a non-kinetic approach in resolving lingering security challenges which has recorded a huge successes in curtailing banditry and other criminals related activities in the theatre of operation.