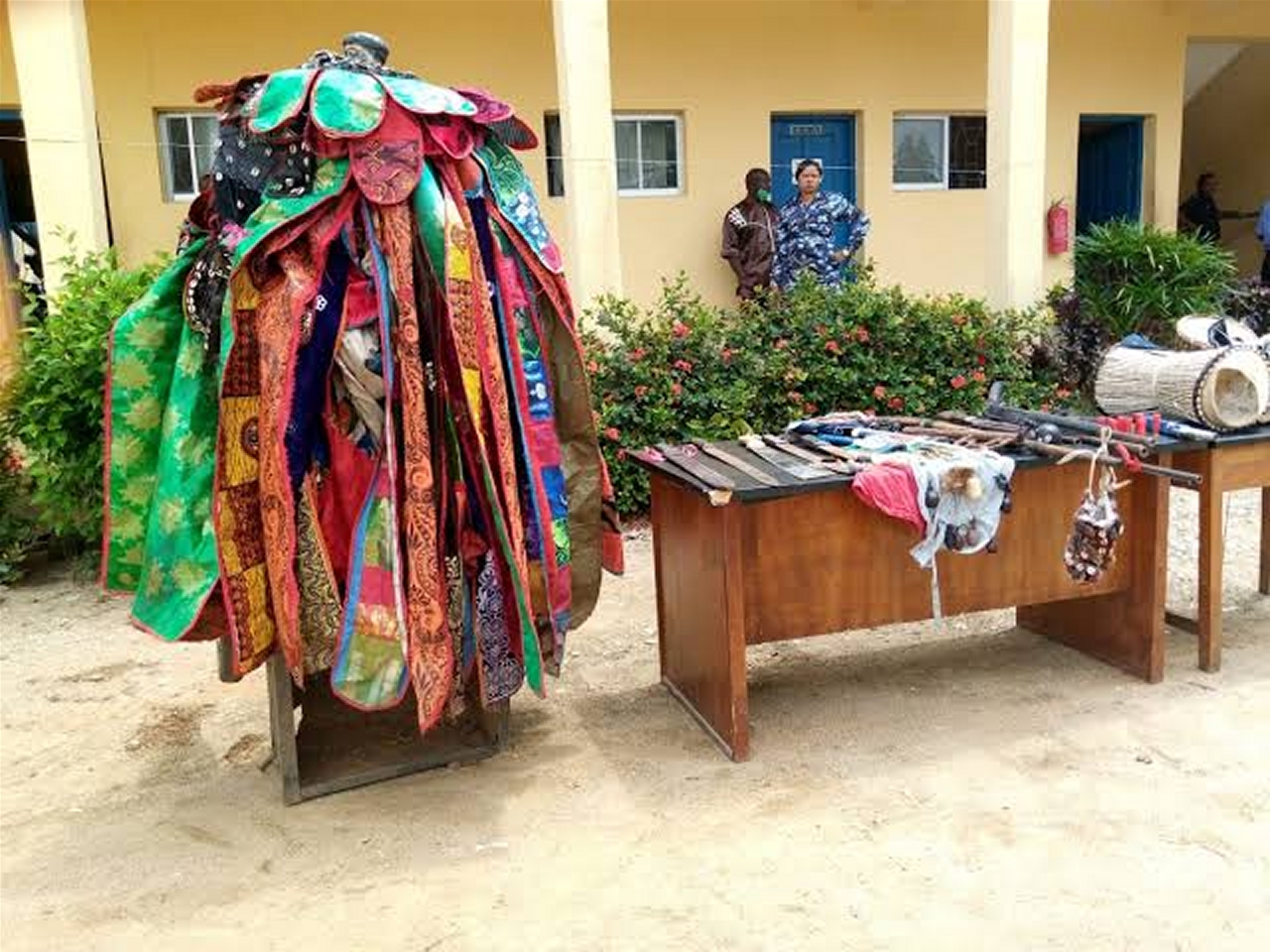 The masquerade worshippers that attacked an Islamic group, Kamorudeen Society of Nigeria In Osogbo was led by  Chief Esuleke, who is also a stalwart of the All Progressives Congress (APC) in Osun.

During the attack, one person, Moshood Salawudeen, was shot dead, while about 13 persons, including Children, sustained gunshot injuries.

The group had on Sunday organized a special program for the nation on the crisis facing Nigeria.

It was gathered that Chief Esuleke was invited by the Inspector General of Police’s Intelligence Response Team (IGP-IRT) to their station in Oke-Fia on Tuesday and was detained.

Confirming the arrest on phone, the Osun State Commissioner of Police, Wale Olokode, said he withdrew the case from former IPO who was initially handling the case due to the request from the Islamic group.

“I transferred the case to IGP-IRT because one of the parties, the Islamic group, said they didn’t want the person handling the case,” he said.

The CP had on a live radio program on Tuesday in Osogbo assured a thorough investigation of the matter and urged members of the public to stay calm and trust police investigation.