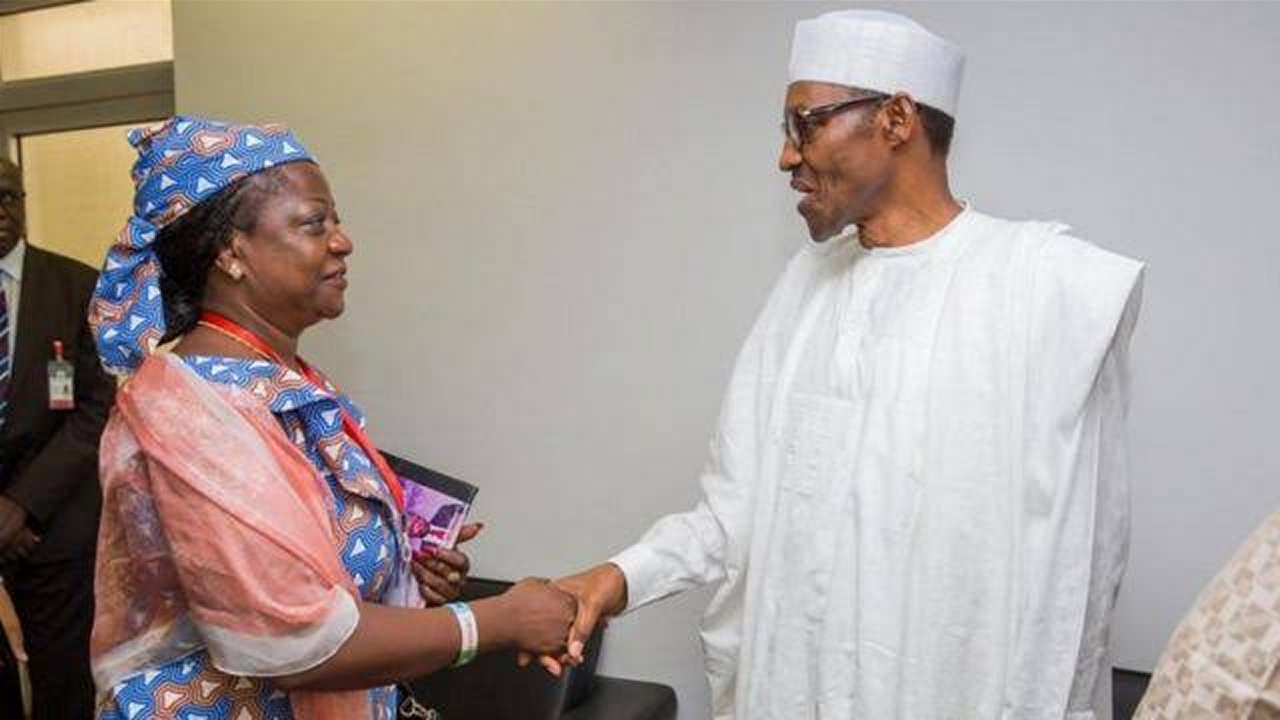 The Coalition of United Political Parties, CUPP, has alleged the Buhari administration of harbouring a third term agenda and it’s the major factor in the nomination of the president’s PA on Social Media, Lauretta Onochie, as an INEC commissioner by the president.

In a Press Release signed by opposition Spokesperson, Comrade Mark Adebayo, CUPP vehemently condemns the nomination and Senate screening of Mrs Onochie and calls it “a dangerous threat to democracy and the unveiling of APC’s third-term agenda”.

The Press Release states that “In the established tradition of the Buhari regime, it has again turned deaf ears to the overwhelming public outcry against the ill-advised nomination of a known sychophant of the president as an INEC commissioner. Since last year that the nomination of Mrs Onochie went public, many sociopolitical organisations, opinion moulders, Civil Society Organisations and the general public have raised an alarm on the danger a publicly biased individual can unleash on our Electoral system and democracy, but typical of this government that runs a near-fascist regime, it has ignored these patriotic calls for restraint on this Onochie nomination nonsense”.

” It is now very clear that her nomination is not unconnected with the rumored third-term agenda of Mr President. Otherwise, why should the president continue to push for her nomination despite public outcries against her nomination. Meanwhile, whatever Mrs Onochie says to the contrary, she is an APC member and an active member of Buhari campaign groups. She has not resigned her membership of the APC and remains vocal in her support for the Buhari government. Such a person, especially with Mrs Onochie’s pedigree of insulting majority of Nigerians who disagree with the failed government under which she serves due to her blind bisases, cannot be trusted with a sensitive national assignment as the position of an INEC commissioner. It is not only dangerous to our democracy but a present and clear danger to the integrity of our electoral processes”.

“An Onochie as INEC’s national commissioner is like having a known criminal preside as a judge in a case where he/she is the accused. Put differently, it is akin to asking a student to mark his/her examination script and those of his/her colleagues who sat for the samw examination together. Nobody can expect the scales of justice to balance in such a scenario. Yet, that’s what we have here. It is no rocket science to know that Mrs Onochie can never be neutral in any election involving her Party and her principal’s interests. She can’t be trusted to preside over a free, fair and credible election anywhere and at any level in Nigeria. We suspect that her appointment is a targeted one to perfect the third-term agenda of General Buhari’s cabal. We call on the Nigerian Senate to toe the path of honor and reject this terrible nomination by not confirming her nomination. Should the Senate go ahead to confirm Onochie’s nomination, it would become an accomplice after the fact of electoral robberies that are bound to happen under her watch. If the president wouldn’t listen to the voice of reason and the citizens’ concerns as he is wont to, you the representatives of the people must save our fledgling democracy by rejecting Mrs Onochie’s nomination and reserve for yourselves a place on the right pages of history and posterity. An Onochie confirmation would inflict a damaging dent on the integrity of our elections. Don’t confirm her” the Press Release concluded.