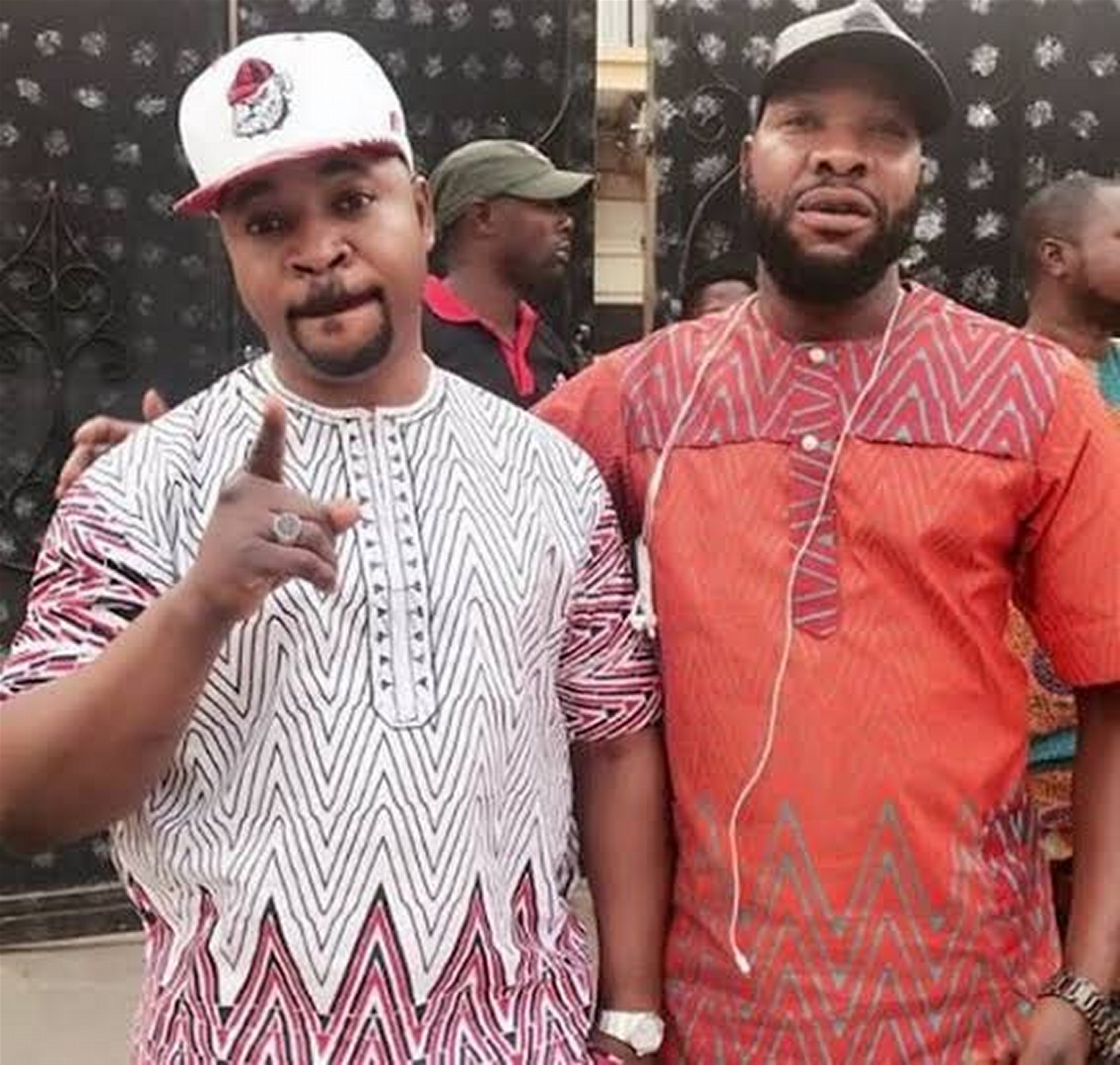 They wear the nation’s green-white-green flag as uniform. They have their own army, arms and ammunition. Their constitution is superior to the laws of the land. They’re state-backed bandits. They’re a clan of killers. They’re the National Union of Road Transport Workers.

Though Lagos is the centripetal force in this discourse, it’s no breaking news that killings and violence by NURTW members have a nationwide centrifugal spread. From Oyo to Kwara, Sokoto, Kano, Borno, Benue, Anambra, Delta, Rivers etc imprints of blood have marked the steps of the NURTW countrywide since its creation in 1978.

Lagos is a unique city. After berthing at the ancient Benin Kingdom, it was on Lagos soil that Portuguese colonialists subsequently stepped their feet in the 15th Century, foraging hinterlands, years after, to amalgamate peoples of different languages, religions and cultures into what is today known as the unworkable contraption called Nigeria.

The indigenous name of Lagos is Eko. Eko, which was occupied then by the Awori, was renamed Lago de Curamo by Portuguese explorer, Rui de Sequeira, – after the healing lakes of Portugal.

The panegyrics of Lagos, ‘Eko a r’omi sa legbe legbe’ and ‘Eko akete, ilu ogbon’, define the aquatic splendour and grit of a territory founded on commerce long before the days of European invasion that made Badagry the first slave port in the country.

On its official website, the Lagos State Government says, “Lagos Gross Domestic Product (GDP) accounted for 26.7% of Nigeria’s total GDP and more than 50% of Nigeria’s non-oil GDP. It (Lagos) accounts for over 80% of the country’s foreign trade flows, and generates over 50% of Nigeria’s port revenues…

“Lagos economy, with an estimated population of 24 million, is larger than any other economy in the ECOWAS sub-region despite the rebasing of Ghana’s GDP.

“Lagos population is growing 10 times faster than that of New York and Los Angeles, and more than the population of 32 African nations combined, the state’s population is expected to hit the 35 million mark in 2020.”

The above-quoted self-description by Lagos State suggests that the government knows the important role Lagos should play in the socio-cultural and economic rebirth of the South-West, in particular, and that of Nigeria, in general.

Not to recognise the weight of history and grace of providence on Lagos’ shoulders is for Governor Babajide Sanwo-Olu to string corn cobs and tie it across the waist in the congregation of chickens.

Sadly, an abomination against the gods is about to be committed in the illustrious land of Lagos. The gods are not to blame if Lagos seas overflow their banks consequently.

That the Chairman, National Union of Road Transport Workers, Lagos State chapter, Musiliu Akinsanya aka MC Oluomo, is eyeing the vacant post of the Baale of Oshodi, is no secret.

But it’s highly distressing to observe that Lagos State, for potfuls of questionable electoral votes from the NURTW, appears more than primed to negate Yoruba culture and tradition by enthroning MC Oluomo as the next traditional ruler of Oshodi.

There’s no smoke without fire, goes a popular saying. Although MC Oluomo hasn’t publicly declared interest in the vacant post of Baale of Oshodi, recent activities, especially in the music industry, strengthen the belief MC Oluomo might be hand in glove with the Lagos State government over the Oshodi obaship stool.

Many musicians, especially those of the Fuji genre, have been singing the praises of MC Oluomo, recently calling him the next king of Oshodi. Chief among these musicians is the Toast, no, I mean Toad of Fujii, who has been calling MC Oluomo king of Oshodi – in his croaky voice.

If MC Oluomo had a jot of blue blood coursing through his veins, musicians would’ve been assaulting listeners’ eardrums with Oluomo’s kingly panegyrics in the last 15 years, at least.

Before and after his rise to notoriety, not a single musician, living or dead, has ever called MC Oluomo a prince. Is it possible for a limelight-loving gangster not to disclose his royal pedigree and ‘spray’ money while his princehood is being sung? The answer is a capital NO! How much of the over N123bn accruing annually to the Lagos NURTW would MC Oluomo spend for musicians to call him the king of kings and lord of lords?

I beseech Governor Sanwo-Olu not to break the calabash of Yoruba culture by enthroning MC Oluomo, a man found unworthy by Ifa for kingship.

World renowned Ifa scholar, Chief Ifayemi Elebuibon, says, “Someone with physical challenges or who is a thug must not be made king, according to the body of Ifa knowledge. Ifa won’t choose such a person.”

Supporting his assertion with Ifa verses, Elebuibon recalls, “Once upon a time, the frog, which the Yoruba call akere, was forewarned to beware of immoderate exuberance.

“One day, the frog went to his farm. As he was tilling the ground, his hoe hit a pot in the ground. He dug out the pot and found destiny-changing sum of money in it.

“As he was contemplating his newfound wealth, word came that his wife had given birth; his joy grew in leaps and bounds. He didn’t wait to get home, he sent word to all and sundry to come to his farm and partake in marathon celebrations with him right from the farm.

“He sent for all the drummers, palm wine tappers and bushmeat sellers in the land. It was a great occasion. In the merrymaking, word came from the kingmakers that the frog had been selected as the next king of the land; he went overboard with joy – dancing, jumping, sweating and prancing from one end of town to the other.

“As he jumped up for the umpteenth time, he landed wrongly, and krahah! He broke his thighs. The frog limped in pain to the kingmakers, saying he was ready to be crowned. Alas, he was told a physically challenged individual cannot be king. That was how the frog missed being crowned king.”

Aside from physical disability, Elebuibon also describes violence as a vice that can disqualify an aspirant from being made king. A 2010 documentary by British-American journalist, broadcaster and author, Louis Theroux, confirms MC Oluomo’s violent nature, completely ruling him out of the race for Oshodi baale stool.

To buttress the density of killings and violence around MC Oluomo and his NURTW, his confidant and aide, Kunle Mamowora, who conducted Theroux round Lagos during the documentary, was shot dead few houses to his father’s residence on Mosaku Street, Oshodi, in October 2015.

In January 2008, the Lagos State Chairman, NURTW, Alhaji Saka Saula, was shot dead in his Iyana Ipaja home, Lagos. In May 2017, MC Oluomo was accused of masterminding the killing of Rasaq Bello, aka Hamburger, in the Sogunle area, near Oshodi, during the local council primaries of the All Progressives Congress. Hamburger was the state treasurer of the tricycle operators association, a branch of the NURTW. MC Oluomo vehemently denied the allegation. But a leader of the NURTW in the Oshodi area, Taoreed Adedigba, aka Talo Skibo, who was a Peoples Democratic Party supporter, and his pro-PDP faction, accused MC, a staunch APC member, of being behind the killing. In 2019, Talo Skibo himself was arrested and accused of killing Mamok.

Also, a popular member of the NURTW in Oshodi, Olayemi Eniola, popularly known as Esi Oluwo, was killed in April 2015, when a clash broke out during an APC rally in Oshodi. Esi Oluwo was a staunch member of the PDP before he defected to the APC shortly after meeting with a national leader of the APC who lives in Ikoyi.

In the documentary, Law and Disorder in Lagos, Theroux, who was born in Singapore on May 20, 1970, to an English mother, Anne, and an American father, Paul, explores the marriage between governance and gangsterism, wondering why thugs are above the law.