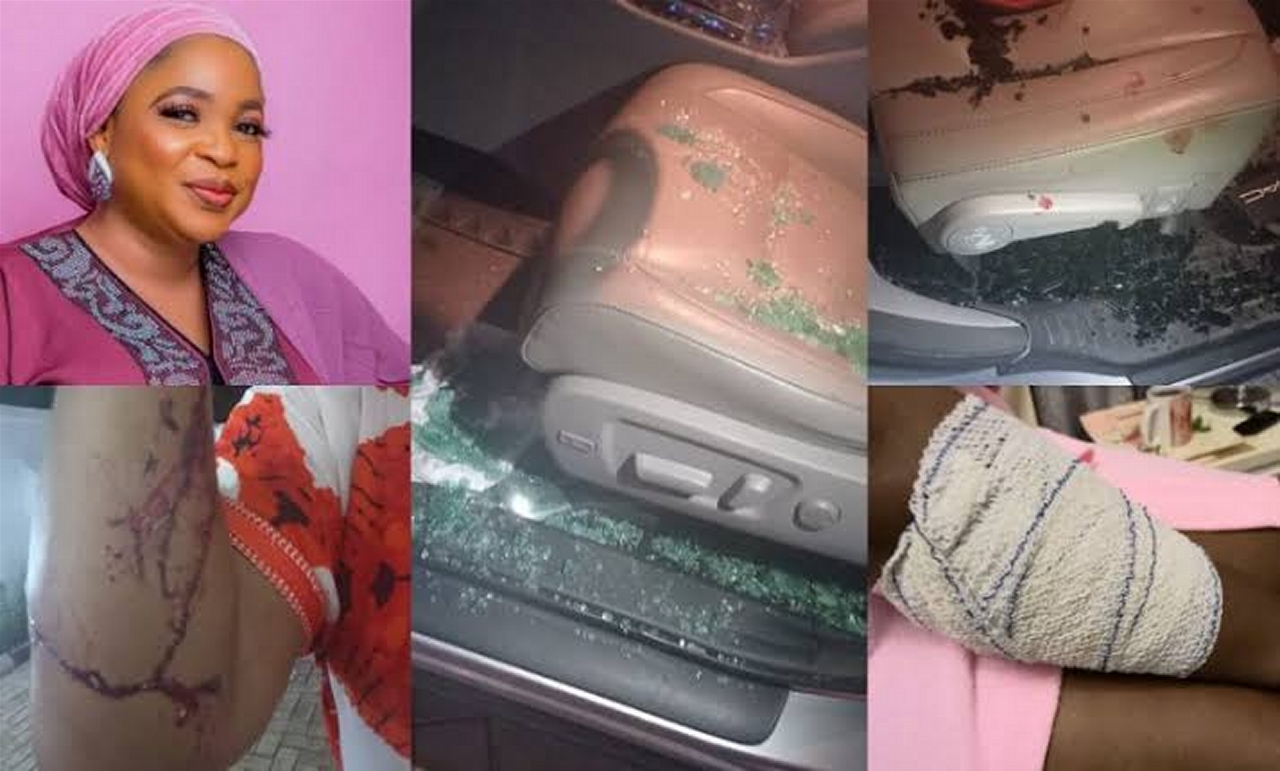 It was gathered that the actress who sustained injuries was on her way home from a movie set when the incident took place.

The actress who took to her social media handle to disclose this stated that her car was also vandalized.

Taking to her Instagram page, she said she is now in a state of shock and she is traumatized by the robbery incident.

She shares a video where she narrates how it happened. She showed part of her body covered in blood.

I am in a state of shock! Traumatized!!
I haven’t closed my eyes to sleep since yesterday.

I also experienced the highly poor insecurity state in Nigeria which has become a norm. No matter how much we scream and cry it always falls on deaf ears of those who govern us even when death is involved.

My driver and I were attacked by armed robbers at Arepo where I went to film while in traffic on our way back home yesterday, They broke my windscreens, left my whole body with wounds and skin in pains because of the impact of the shattered glass which was forcefully broken while I was in the car, my arm was cut with cutlass, they took my phones, belongings and ran off! Sadly my driver also took a hit to his head.

Still I am thankful because it could be worse!
However, this is nothing compared to what I’ve been through in recent times.

No matter what may come my way, I will forever be grateful to God for preserving my life.

PS: This message is typed via my daughter’s phone. If you are not able to reach me for now; you know why. IT IS WELL.