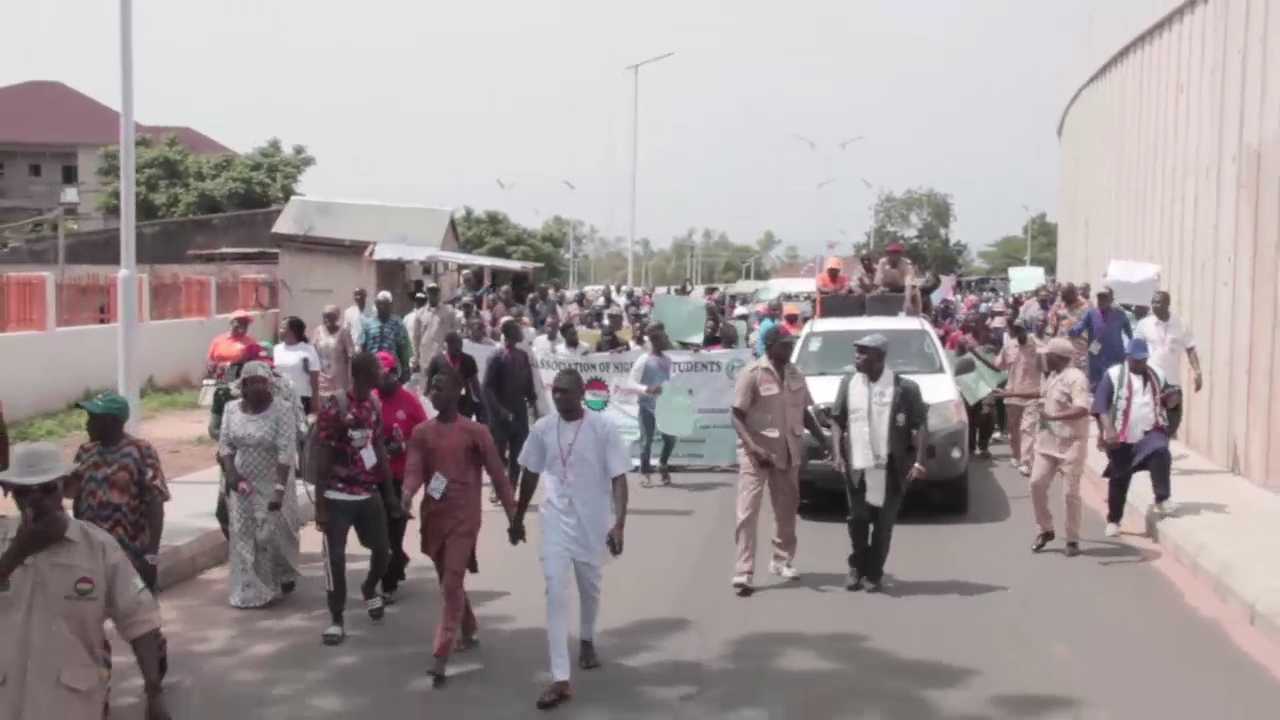 The rally went on peacefully with the Nigeria Police providing security cover for protesting members.

The protest match was in solidarity with the Academic Staff Union of Universities (ASUU).

It started from the NLC Secretariat, went through some major streets in Yola before terminating at the government house in Yola.

The state chairman of NLC, Comrade Emmanuel Fashe
presented the letter of protest to the state governor, Ahmadu Umaru Fintiri.

Comrade Fashe said the prolonged ASUU strike which is over five months now has become a source of great concern to parents.

In his remark, the governor of Adamawa state, Ahmadu Umuru Fintiri said he congratulates Labour for the peaceful protest and also appreciated the coming, support of the Labour movement in his administration.He assured that he will deliver the message to President Muhammadu Buhari.

The Head of Service in the state, Dr Amos Edgar represented the governor. He used the opportunity to encourage civil servants in the state to go and get their PVC so that they can make their voice to be heard through the ballot box in 2023.

The Police Spokesperson Adamawa State, SP Suleman Yahya Guroje said that the command is fully prepared to secure the people of Adamawa during the protests and After

Head of Service in the state, Dr Amos Edgar. Representative of the Governor Adamawa State