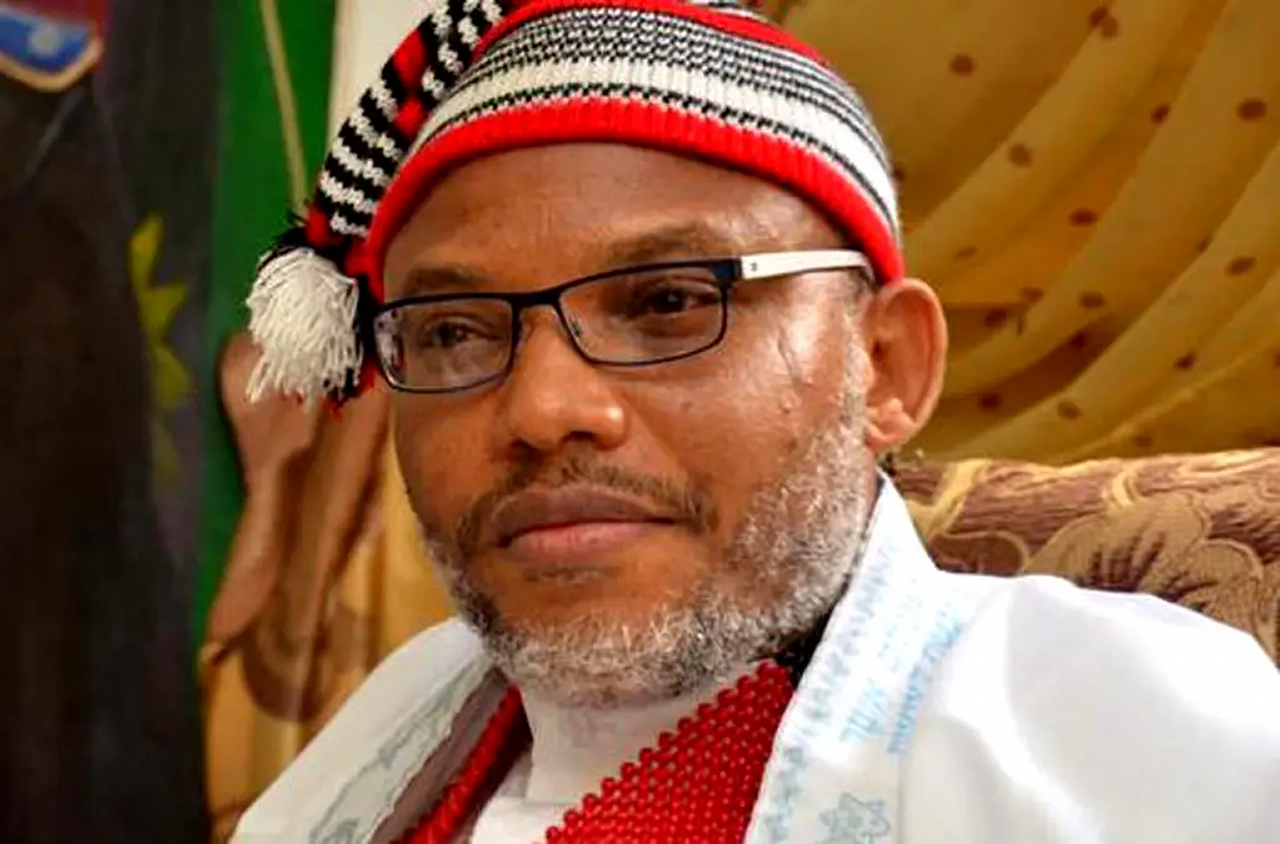 The Federal High Court in Abuja, Nigeria’s capital has officially issued a trial notice for the October 21 prosecution of Nnamdi Kanu, the leader of the proscribed Indegenous People of Biafra,(IPOB).

Nnamdi Kanu is facing trial for treasonable felony charges brought against him by the Federal Government of Nigeria.

The trial notice entitled “Federal Republic of Nigeria Versus Nnamdi Kanu” was marked FHC/ABJ/CR/383/15 and served on Kanu’s lawyer, Mr Ifeanyi Ejiofor and that of the Federal Government Mr Shuaib Labaran.

There have been wide speculations, especially from the Eastern parts of the country insinuating that the Federal Government may not present the activist in court on the said day.

This notice made available to Eons intelligence source however seems to have debunked that rumour as it signals the resumption of prosecution.

The notice spelt out the conducts, rules of engagement for those to be present in court and reads in part;

“This case will be transferred from the General Cause List to the hearing paper for Thursday 21st October 2021at 9 o’clock forenoon and will come on to be on that day if the business of the court permits or otherwise on some adjustment day of which you will receive no further notice.

“If either party desires to postpone the hearing, he must apply to the court as soon as possible for that purpose and if the application is based on any matter of fact, he must be prepared to give proof of those facts.

“The parties are warned that at the hearing, they are required to bring forward all the evidence by witnesses or by documents which each of them desires to rely on in support of his own case and in contradiction of that of his opponent.

“The proof will be required at the hearing and not on a subsequent day, and parties failing to bring their evidence forward at the proper time may find themselves absolutely precluded from adducing it at all, or at best only allowed to do so on payment of substantial costs to the other side, and on such other terms as the court fits to impose.

“It is indispensable that the application should be made so as to allow time for reasonable notice to the witnesses required.

“If the witness is required to bring books or papers, they must be particularized in the summons sufficiently to enable him to understand what is meant.

” Any party summoning a witness through the court thereby becomes liable to pay such witness reasonable sum of money to be fixed by the court for his expense and loss of time.

“The court may refuse to enforce the attendance of a witness unless such sum has been fixed and deposited in the court.