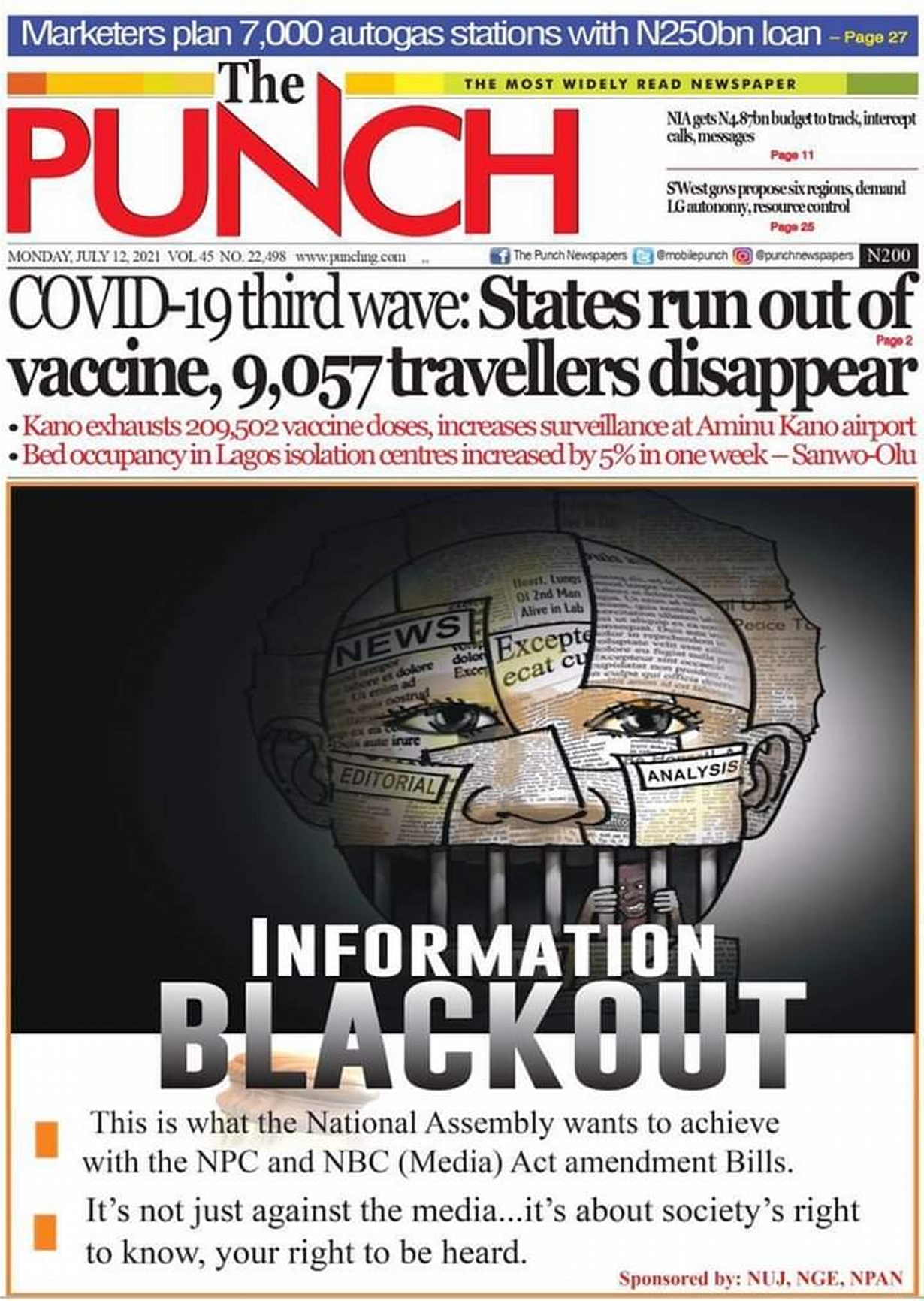 The front pages of print newspapers in Nigeria on Monday bear the picture of a man with caged man to reflect proposed bills on media by the Nigerian government.

This action is based on a message from the Nigeria Union of Journalists (NUJ), Nigerian Guild of Editors (NGE) and Newspaper Proprietors’ Association of Nigeria (NPAN) about the adverse effects of the controversial media bills in the national assembly.

It will be recalled that Eons Intelligence reported last week that the newspapers will be kick starting the protest today.

There is also a new bill to regulate social and online media that the government is trying to introduce.

The Newspapers captioned the image “thus” This is what the National Assembly wants to achieve with the NBC and NPA bills, “It’s not just against the media….it’s about society’s right to know, your right to be heard,”.