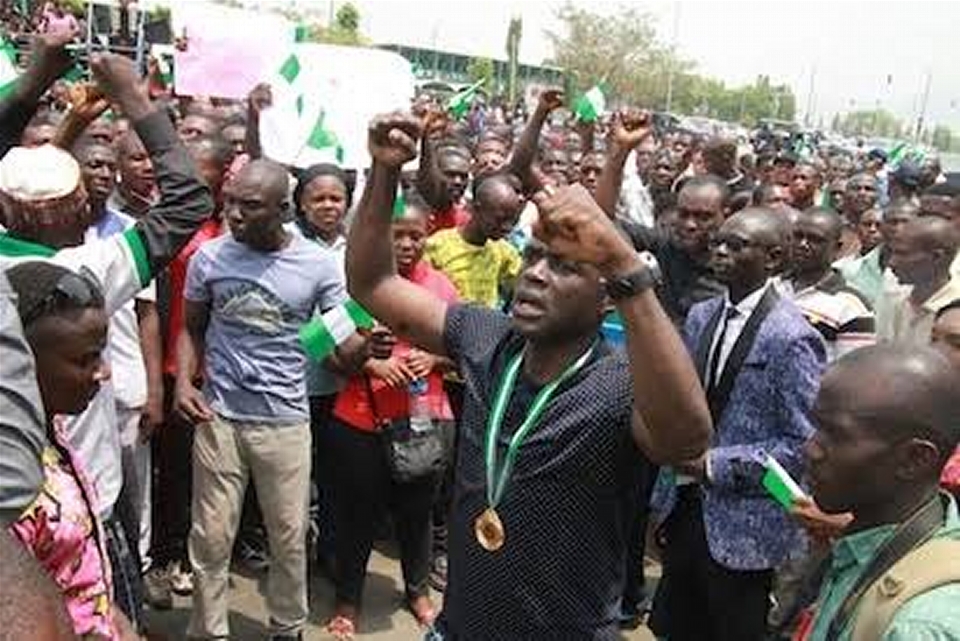 ……TO LAUNCH MEGA PARTY THIS MONTH IN ABUJA

BEING THE UPDATED COMMUNIQUE OF THE NATIONAL RETREAT OF POLITICAL LEADERS OF CONSCIENCE AND STAKEHOLDERS OF THE THIRD FORCE MOVEMENT CONVENED TO CONSUMMATE THE FORMATION OF AN ALTERNATIVE DEMOCRATIC PEOPLE’S MEGA PARTY ON SUNDAY, 6TH FEBRUARY, 2022 IN VICTORIA ISLAND, LAGOS

PREAMBLE:
Leaders of Conscience and Key Stakeholders and Partners in the emergents Third Force Movement of Nigeria met under the auspices of the National Consultative Front, NCFront on Sunday, 6th February, 2022 in Victoria Island, Lagos to consummate the various consultations and negotiations among parties and stakeholders aimed at forming a formidable alternative democratic Mega Party to drive the political rescue and salvation of Nigeria through the ballot in 2023.

PRESENTATION ON PARTY ADOPTION:
Afterwards, in accordance with the meeting agenda, stakeholders, having received solidarity and goodwillll messages from other key partners in the fusion process, namely; Rescue Nigeria Project, RNP, Nigeria Intervention Movement, ÑIM, Strategic Elements of the Civil Society Movement and Youths’ EndSars Movement, subsequently invited presentations from the National Chairmen of National Rescue Movement, NRM and African Democratic Congress, ADC respectively on their resolve and readiness to accommodate all partners and stakeholders in a fusion arrangement.

OBSERVATIONS:
It was however observed that the presentation of one of the key allied Parties in the adoption and fusion process, the People’s Redemption Party, PRP, which has been in consultations with the NCFront and invited to the Retreat, could not be received as the Leadership of the Party was yet to give full clearance and approval to the terms, conditions and modalities contained in the MOU guiding the Fusion. The meeting to that extent, mandated the Transition/Fusion Council to receive their presentation, if the Party is ready to interface with the process within the time frame given to the council to conclude its tasks

RESOLUTIONS:
Consequent upon the two presentations and the separate pledges of the two political parties to fully honour the terms, conditions and modalities contained in the Memorandum Of Understanding, MOU drafted to guide the adoption of the Coalition Party to serve as the vehicle and platform upon which the fusion shall be consummated, the meeting set up an all inclusive Transition/Harmonisation Council to practically consummate the political fusion of all stakeholders on the platform of one of the registered allied political parties as well as launch the alternative mega party, without further delay, at least within the next three weeks.

CONCLUSION:
The Council was however mandated to coopt more members, when it becomes necessary. To this end, the Council was mandated to further consult with Prof Attahiru Jega, Dr Olisa Agbakoba SAN, President of the NLC, Mallam Falalu Bello, Barr Femi Falana SAN, Dr Oby Ezekwesili, Barr Dan Nwayanwu, Prince Adewole Adebayo Esq, Dr Aisha Salihu Lemu in that direction. Finally, the Secretariat of the council was directed to commence work immediately to fastrack the consummation and launching of the Third Force Mega Party this month, before it’s too late.