Military Will Not Be Involved In 2023 Politics - Army Chief (Video) 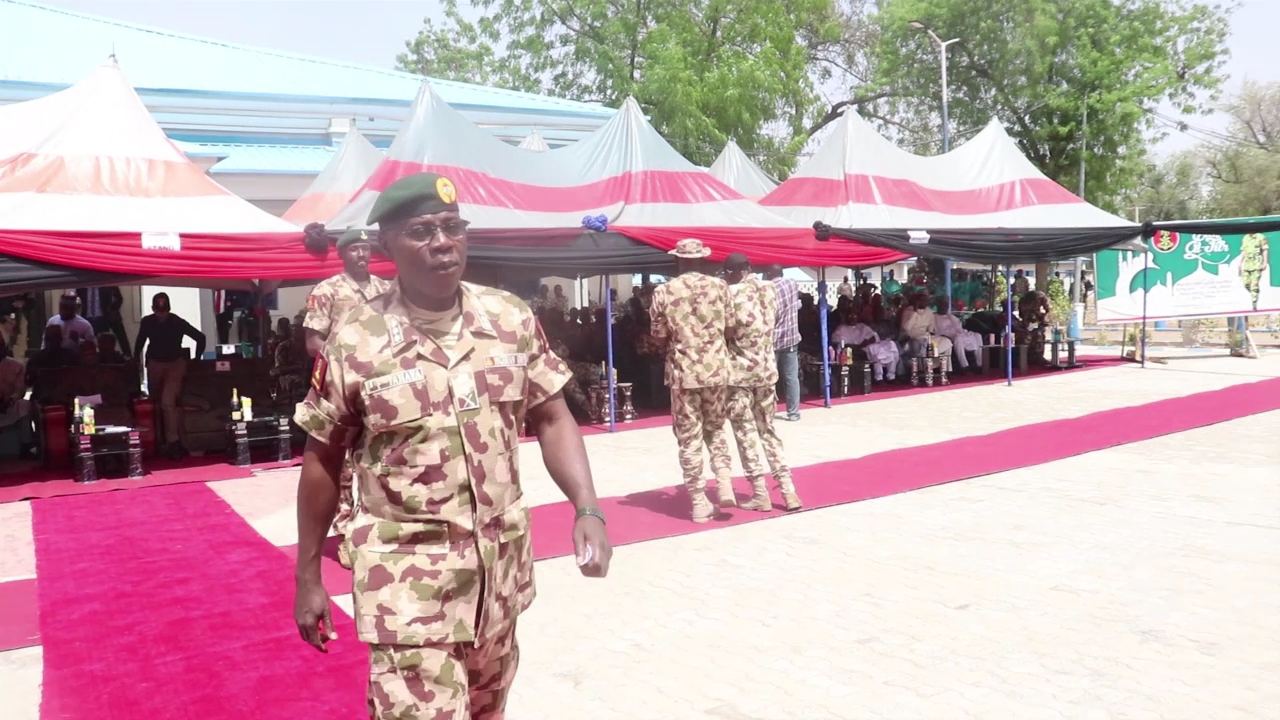 Military Will Not Be Involved In 2023 Politics – Army Chief (Video)

He said the army will instead remain loyal to its constitutional role of securing the country against external aggression.

Yahaya disclosed this at the combined Army, Airforce Sallah luncheon in Maiduguri, the capital city of Borno State.

The first combined Sallah luncheon of the Nigeria Army and Airforce had in attendance the two Service Chiefs and Officers, families as well as recuperating troops of Operation Hadin Kai.

The Chief of Army Staff ordered frontline troops to be ruthless in eliminating terrorists, bandits, kidnappers and violent criminals. He said that more equipment will be provided to help them win the fight against the insurgents.

The Deputy Governor, Borno State, Usman Kadafur stated that the motives behind the combined Sallah luncheon of the Nigeria Army and Airforce are a partnership and strong synergy among the security agencies in the fight against insecurity.