Many Kidnapped On Birningwari-Kaduna Highway 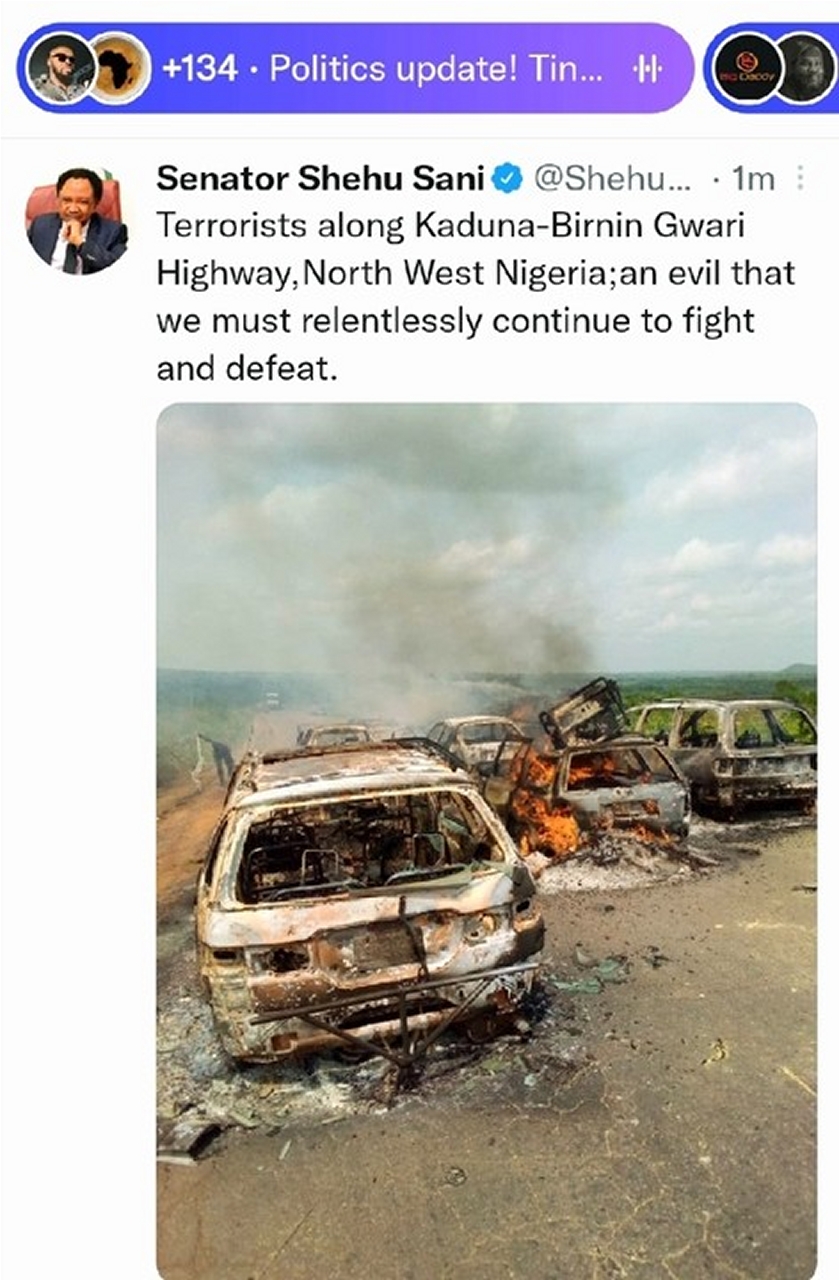 Many Kidnapped On Birningwari-Kaduna Highway

Bandits have kidnapped an unknown number of travellers along Kuriga and Manini, near Udawa, along Birnin-Gwari-Kaduna highway on Monday.

Ibrahim Abubakar Nagwari, Chairman, Brinin-Gwari Vanguards for security and good governance said: “Today 31st May, 2022, terrorists along Birnin-Gwari-Kaduna highway intercepted a convoy of motorists, with security escorts between Kuriga and Manini near Udawa.”

He said they abducted a number of people and took them into the bush.

He further explained that, “in the last four days, terrorists laid siege on motorists on Birnin-Gwari-Kaduna highway, abducting as well as killing and wounding many innocent citizens, yet our people are reduced to silent mode with no reportage of the ugly situation nor any move by the authorities to show concern on the deteriorating security around Birnin-Gwari-Kaduna highway,” he lamented.

The chairman stated that on Monday, eight vehicles were set ablaze by the terrorists. He said that unaccounted number of innocent motorists mostly women and children were waylaid into the bush by the terrorists for ransom.

He explained that with all the security challenges the people were going through, no politician cared to visit Birnin-Gwari to either see delegates, but rather called delegates to Kaduna for consultations.