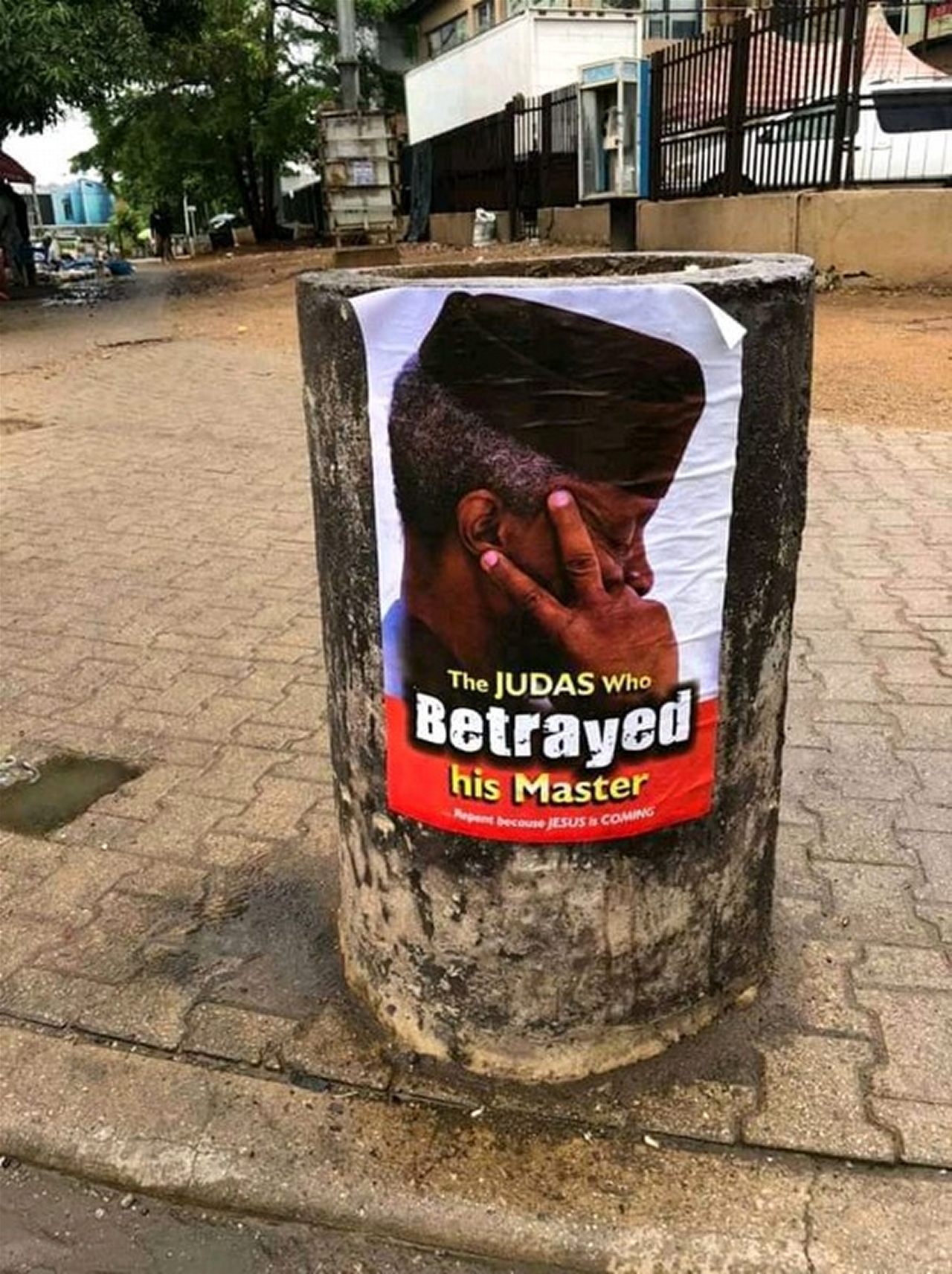 The Osinbajo Support Movement (OSM) has alleged that the Tinubu campaign team sponsored the blasphemous poster campaign against Professor Yemi Osinbajo, in the Federal Capital Territory (FCT) during the Easter period.

Posters carrying Osinbajo’s picture with the inscription “the Judas who betrayed his master,” littered walls and street light poles in parts of the FCT around the Easter period.

A statement reportedly sent to Legit.ng by Adejuwon Babatunde, director of media and publicity of the OSM, claimed that telephone chats and call logs of a suspect arrested by security agencies indicate that the Tinubu campaign team was responsible for the posting of blasphemous posters.

The statement noted that though the prime suspect, Mike Oluwole, a 52-year-old Abuja-based graphics designer from Osun state, denied working for the Tinubu campaign team, records of his phone chats with a member of the team, contradicted his statement to the police.

According to security agents quoted in the statement, Oluwole denied working with anyone and attributed his actions to frustration.

But records of his phone chats with one Alhaji Aminu Suleiman and one Tosin Adeyanju from the Tinubu media group, dated Thursday, March 24, and Tuesday, April 12 revealed the involvement of the campaign team in the despicable act.

The OSM stated: “The exchanges between Mr. Oluwole and the other persons contradict his claims that he wasn’t working for anyone including Tinubu supporters. “The action by Tinubu’s supporters has exposed the desperation of the Vice President’s political opponents and the apprehension in their camp over Osinbajo’s increasing popularity and wide acceptability by Nigerians.