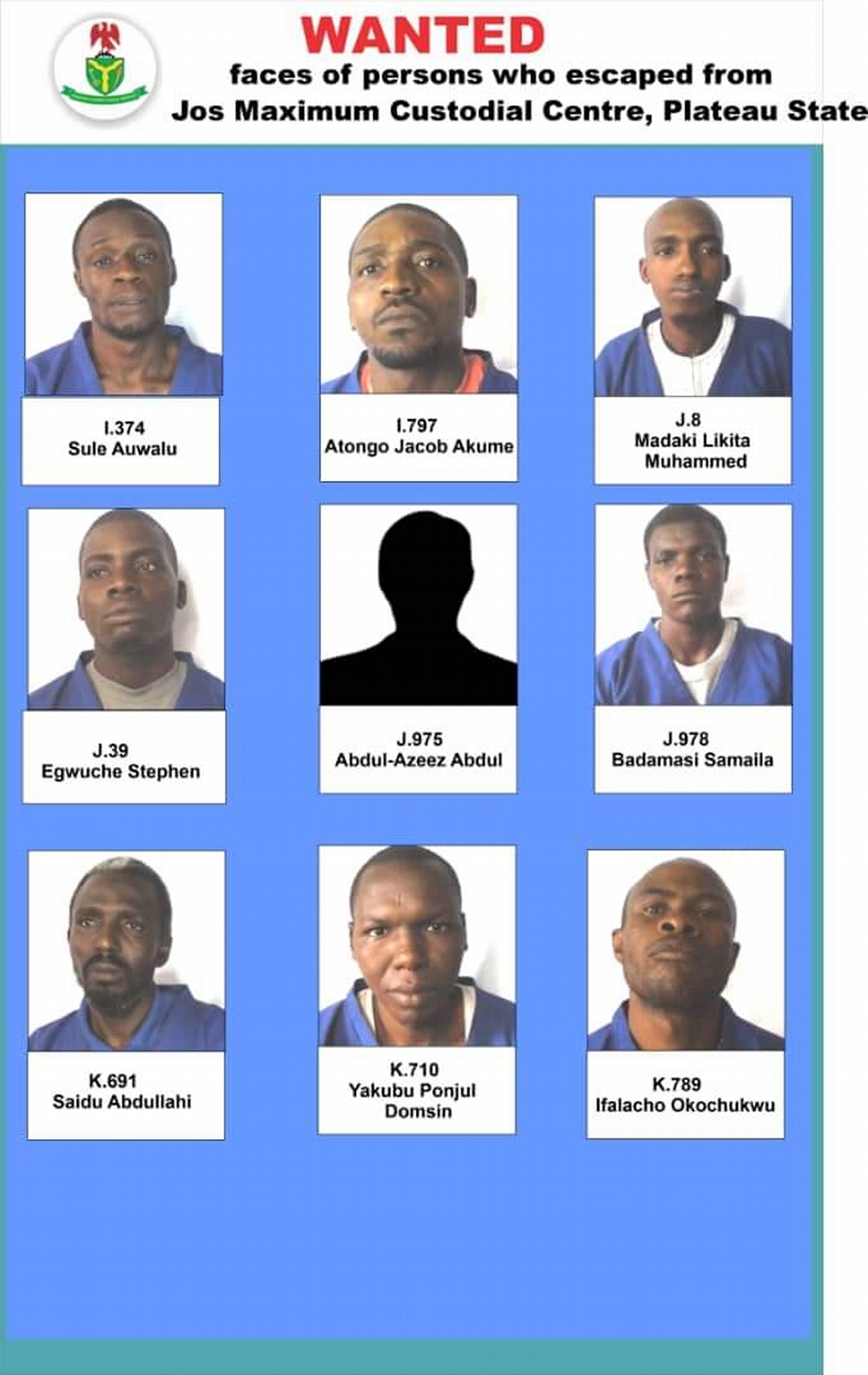 No fewer than 11 persons were reportedly killed and 262 inmates escaped following the attack on Nigeria Correctional Service, Jos Custodial Centre by gunmen suspected to be Fulani herdsmen.

The Controller of the Jos Correctional Service Centre, Samuel Agunda, confirmed that nine fleeing inmates, their Armed Guard and one of the attackers lost their lives during the bloody operation.

He said the attackers are suspected to be Fulani herdsmen from Barkin-Ladi Local Government Area who attempted to free some of their men that were jailed some years ago.

The attackers who stormed the Custodial Centre at about 1720hrs on Sunday 28th November 2021 engaged the Nigerian Correctional Service(NCoS) armed squad personnel in a fierce gun battle before breaking into the yard.