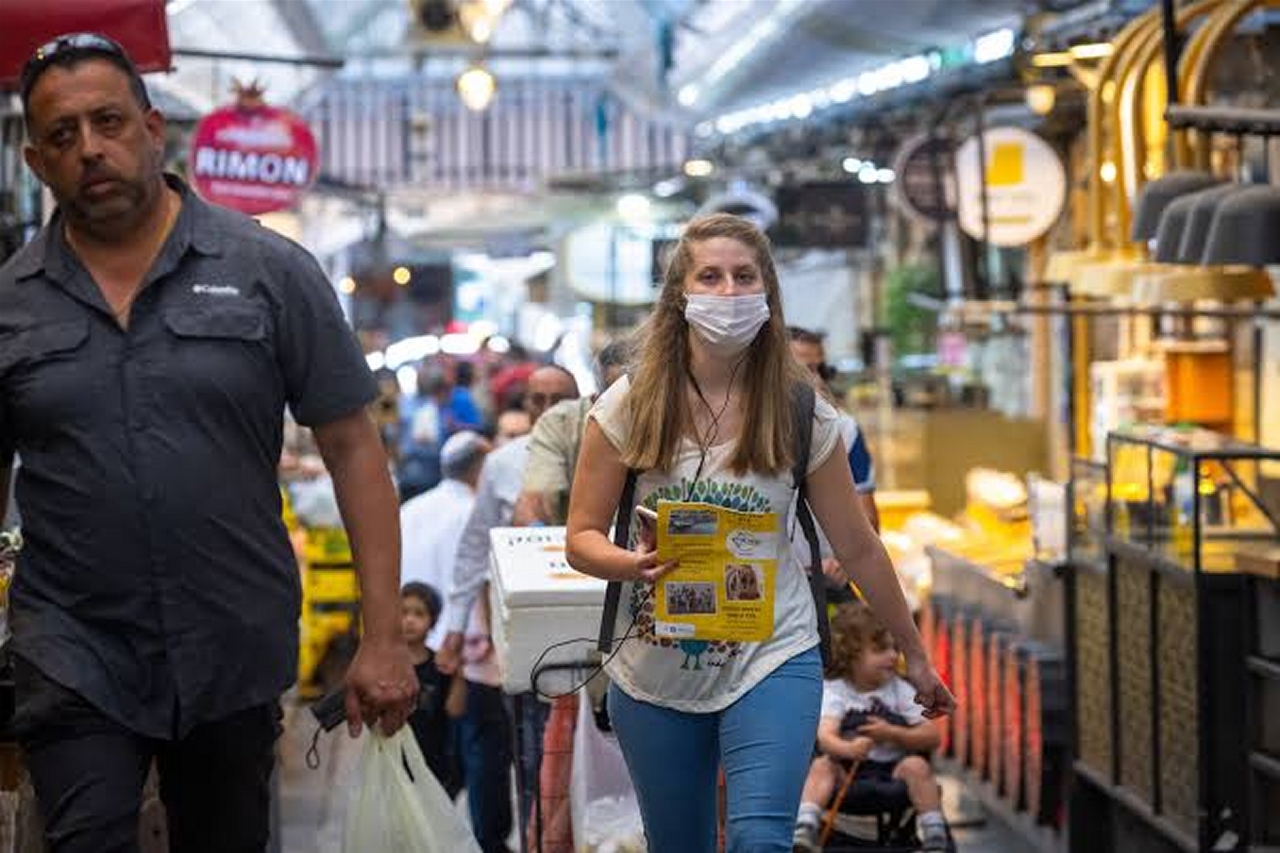 Israel has reintroduced a requirement to wear masks indoors amid a rise in coronavirus cases, just days after it lifted the measure.

Concern has grown after the country recorded more than 100 new daily cases in successive days after registering zero earlier this month.

Most of the cases have been linked to the Delta variant from abroad.

Israel has been one of the most successful countries in the world in tackling the pandemic.

But on Thursday, 10 days after the mandate was lifted, Israel’s coronavirus response chief Nachman Ash said people would once again need to wear masks indoors to try to stem the rise in cases.

“We are seeing a doubling every few days,” Mr Ash told public radio. “Another thing that’s worrying is that the infections are spreading.”

The requirement to wear masks had been the last remaining restriction after all other measures, imposed during lockdown earlier this year, had been gradually dropped.

Amid fears of a resurgence of the disease, the town of Binyamina in the north which registered the highest rate of cases in the country was designated a “red zone” on Wednesday – the first to be listed as such for months.

Israel has also postponed the reopening of the country to vaccinated tourists by one month.

Following the outbreak of the pandemic in late-2019, Israel became one of the worst affected countries in the world, registering about 60,000 infections per week at its peak in January. It imposed three lockdowns and ultimately saw a dramatic decline in cases as its vaccination programme was rolled out.

More than 6,400 people have died with the virus in Israel.