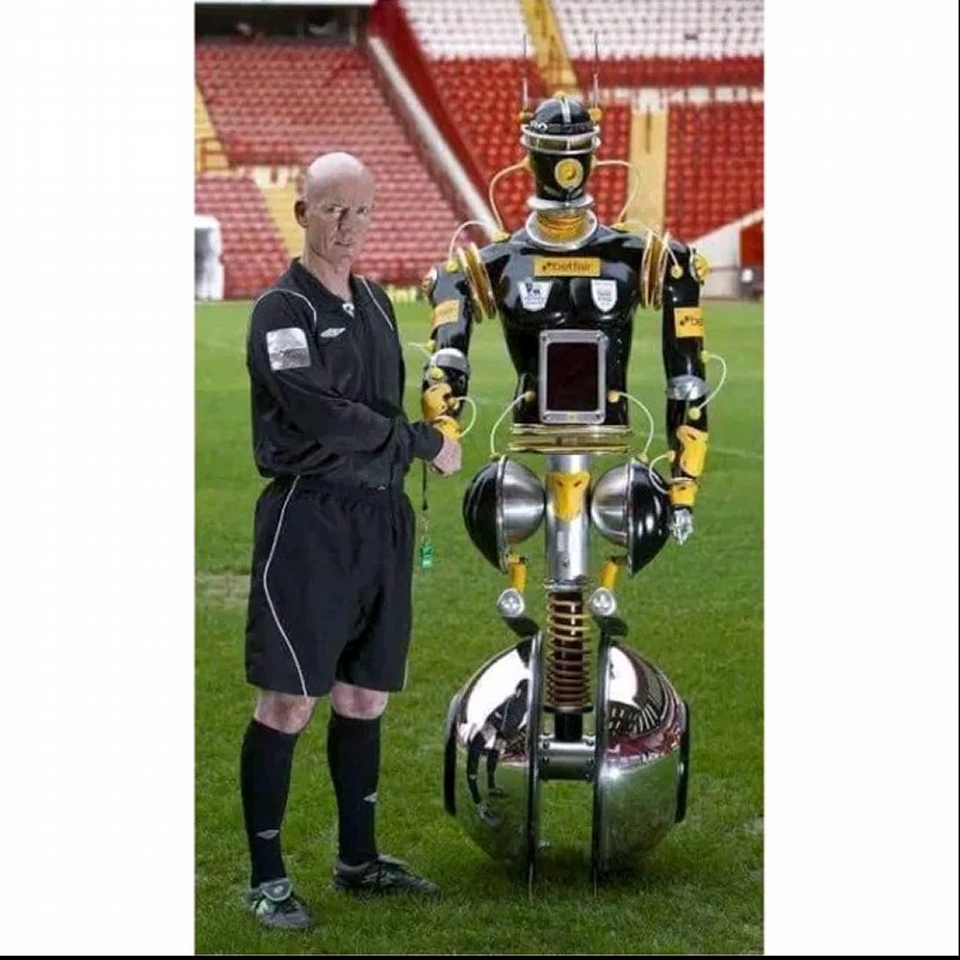 -They will make automatic offside decisions. The limb-tracking system relies on special cameras attached to the roofs of stadiums and creates an animated skeleton of players through

FIFA has introduced a new technology for offside decisions in the near future.

The new ‘robots’ would have computer technology to generate offside ‘lines’

The system aims to reduce time to make decisions and cut out controversial calls.

Chelsea will become the first Premier League side to experience the use of ‘robot referees’ when they compete in the Club World Cup.

The Blues pipped English rivals Manchester City 1-0 in the UEFA Champions League final in Porto and will be travelling to the tournament in the United Arab Emirates.

This is the second time the Blues will be playing in the tournament, having previously lost against Corinthians in the final in 2012.

And according to Football London, FIFA has introduced the use of robots as assistant referees and will implement the new technology at this month’s Club World Cup. It is believed that the new technology will be used to make offside decisions within half a second.

Fifa’s football technology and innovation director Johannes Holzmuller explained: “When the ball is played, the real-time AI software can send a signal automatically to the VAR. “We will have a committed assistant VAR who can process the offside data and help determine if the player deemed to be offside was active and interfering with play, so they can swiftly validate and confirm the decision.”

The football governing body is pushing the “limb tracking” technology that uses computer programs and algorithms to determine offside calls.

FIFA wants to give the green light to using the system at the World Cup when it kicks off in Qatar in November. Chelsea’ will lock horns against Al Jazira or Al Hilal on February 9, with the final, probably against Brazil’s Copa Libertadores champion Palmeiras three days later.