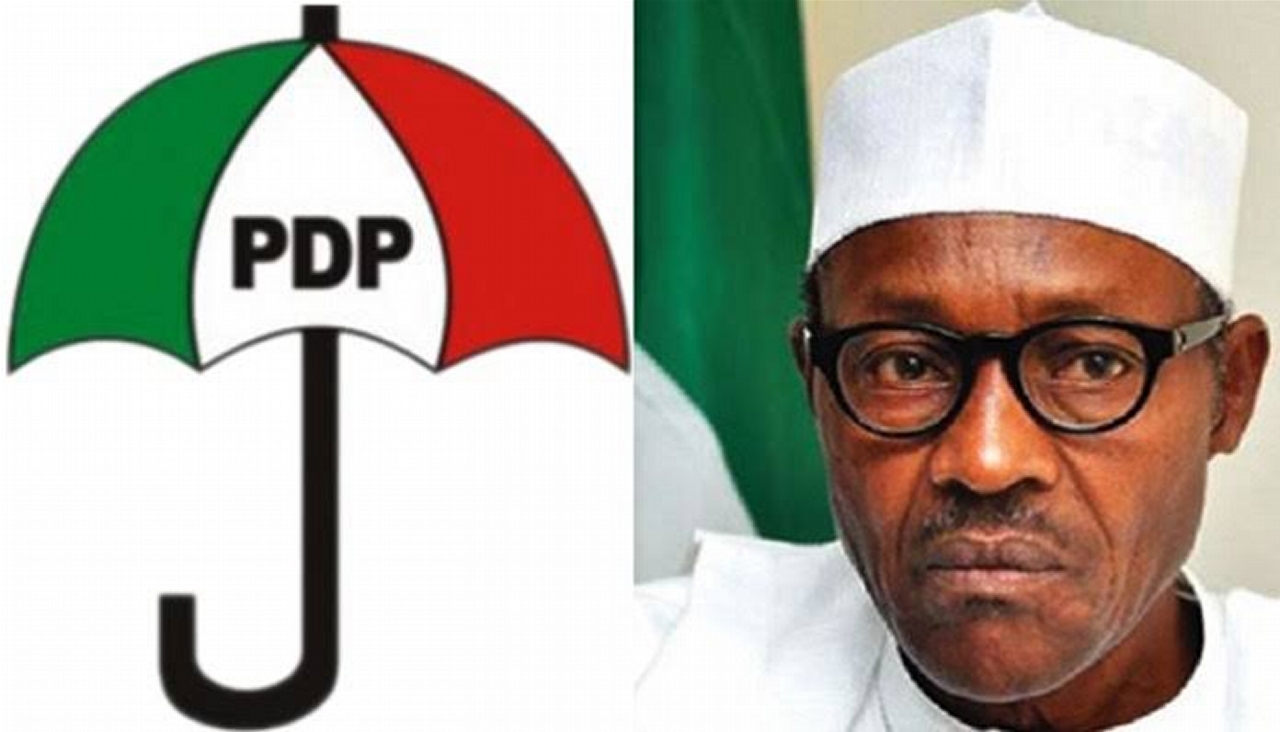 The Party dismisses President Buhari’s excuse of not travelling to Zamfara State because of inclement flying weather, when he had the option of travelling the short trip from Sokoto to Gusau by road.

We ask, did Mr. President cancel the trip to Zamfara State out of fear of terrorists? Was Mr. President, an Army General, with all the security apparatus under his command afraid to travel by road because he was not sure of his security as well as the dilapidated state of our roads under his watch?

From Sokoto to Gusau, the Zamfara State capital is about 206 kilometers, a journey a leader who has the interest of the people at heart and who is sure of his security could have undertaken by road.

President Buhari ought to have reassured Nigerians by travelling to Gusau, instead he opted for a video broadcast in which he promised the troubled people of the state that he looks “forward to a more weather-friendly period when I will visit”.

This is another sad demonstration of the President leading from behind against his own promise and commitment to Nigerians to lead from the front in the fight against terrorism.

Such attitude to governance speaks volumes as to why our nation is in a shambolic state under the Buhari-led All Progressives Congress (APC) administration which is largely laidback, unconcerned and corrupt.

If truly the people matter to Mr. President and his Party, the APC; if truly President Buhari and the APC believe in Nigerians and feel their pains; if truly they are very concerned about the wellbeing of the people, then Mr. President would have taken it upon himself, with all the apparatus of power at his disposal, to visit and empathize with the people of Zamfara State who are daily traumatized by terrorists.

Our Party is not particularly surprised because this is a Party and President which is always absent in critical areas of our national life. Such absenteeism from responsibility is the hallmark of the APC. Even when prodded to visit such areas, President Buhari will always dwell on excuses, blame game and buck passing.

Nigerians have not forgotten the sad episode of the Agatu Massacre in Benue State wherein President Buhari, on March 12, 2018, told a bewildered nation that he was not aware that the Inspector General of Police was not in the area as directed by him.

In Mr. President’s words, “I’m not aware that the I.G did not spend 24 hours in the state as directed by me, I am getting to know in this meeting.” Such was a miserable demonstration of abdication of leadership.

Indeed, such resort to leadership by proxy is inexcusable and completely unacceptable. Our nation needs a leadership that is active, people-oriented, humane, functional and result-driven; a task which the APC as a party of propaganda, deceit and lies cannot deliver on.

The PDP sympathizes with the people of Zamfara State for being made to waste their meagre resources to organize for a Presidential visit only to get an embarrassing and uninspiring video broadcast.

The PDP however calls on Nigerians not to despair but remain resolute in rallying on the platform of our Party in our mission to Rescue and Rebuild our nation from the stranglehold of misrule. They must keep hope alive as help is on the way from the PDP, come 2023.