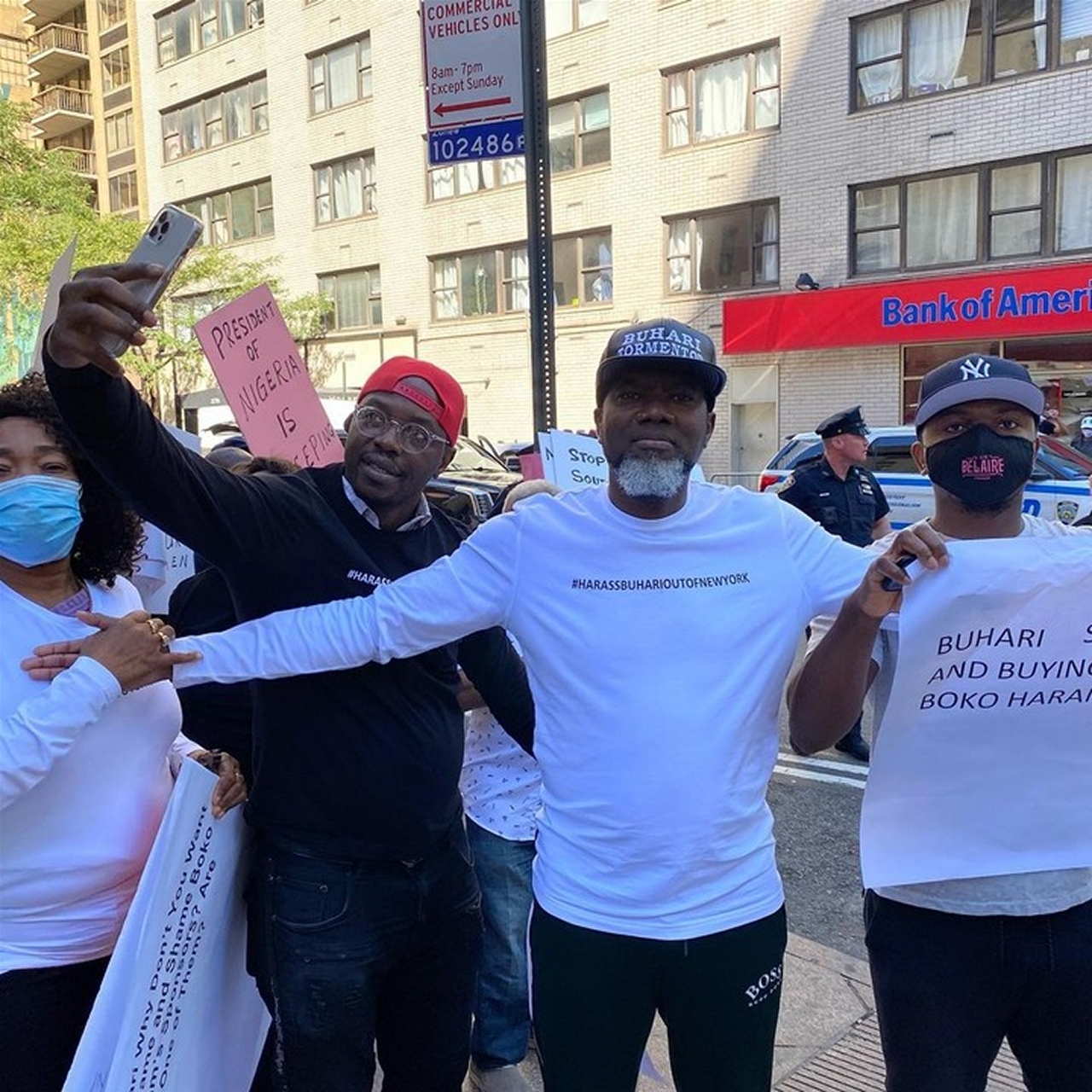 Nigerian activist and lawyer Reno Omokri alleged that he was trailed and attacked at the hotel he lodged after the #HARASSBUHARIOUTOFNEWYORK Protest which took place yesterday, 24th September, 2021 at the Nigeria House, 828 2nd Avenue, New York.

The activist was in New York to lead the #HARASSBUHARIOUTOFNEWYORK Protest.

According to Reno Omokri in the video he posted on his Instagram, the activist claimed the protest was successful as people left their jobs to join him in the protest.

The attack came after the protest was over and he retired back to the hotel where he lodged.