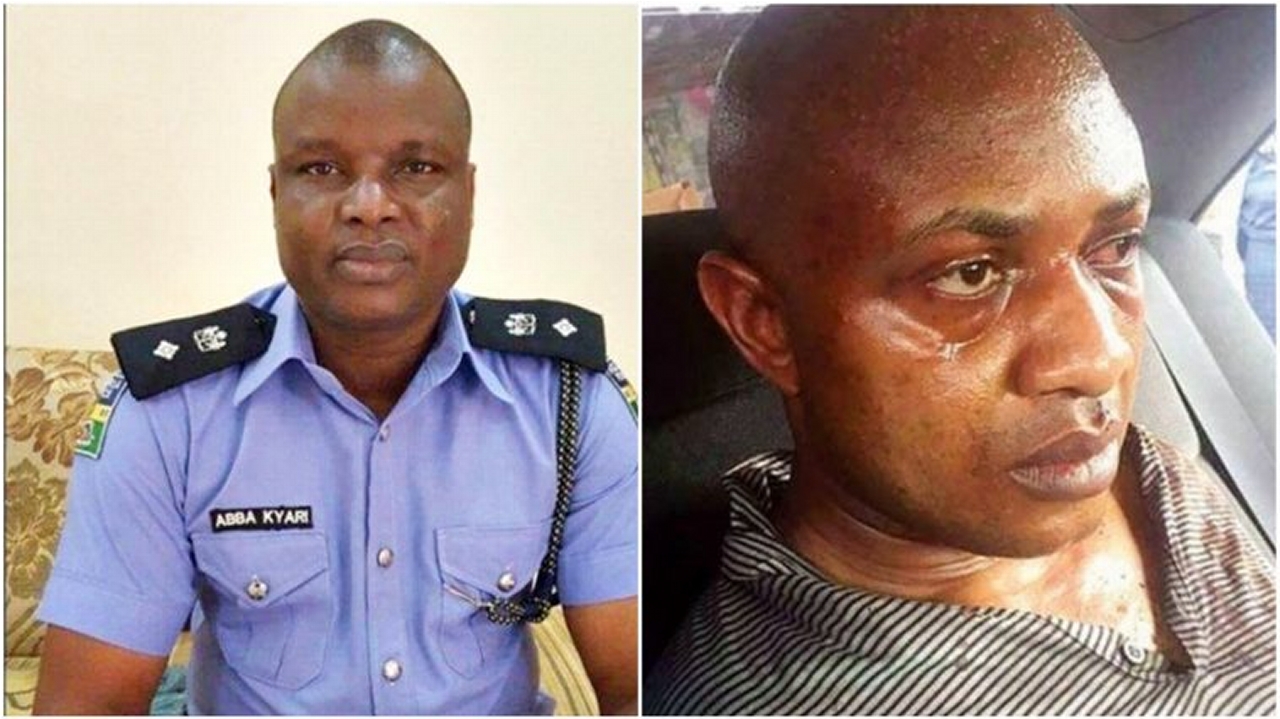 Suspected kidnap kingpin, Chukwudimeme Onwuamadike, alias Evans on Friday told an Ikeja Special Offences Court that his eyes saw hell in the hands of Abba Kyari and his boys.

He also denied kidnapping a businessman, Sylvanus Ahamonu and collecting $420,000 ransom from his family.

The News Agency of Nigeria (NAN) reports that Evans is standing trial alongside an ex-soldier, Victor Aduba, on a four-count charge of kidnapping and unlawful possession of firearms.

He made the denial on Friday while under cross-examination by the state prosecutor, Mr Yusuf Sule.

Evans told the court that he was born on April 22, 1980 and is from Nnewi, Anambra. He vehemently denied knowing Ahamonu prior to seeing him after his arrest.

When Sule noted that Ahamonu had identified him when he testified virtually (via the Zoom app) in court, Evans said he was easily identifiable.

“Ahamonu and Idowu Haruna (the Investigating Police Officer) could have conspired with the police. My pictures are everywhere, all over the world. Before my picture was everywhere, people knew who I was.

“I had a haulage and logistics business with over 30 staff and drivers in Amuwo-Odofin,” he said.

The alleged kidnap kingpin said he had made no mention of his haulage and logistics business in his statement because it was written by the police.

Responding to questions, Evans said he also did not provide medical documents proving his alleged torture by the police to the court.

He, however, noted that while he was incarcerated, he had filed a fundamental human rights suit against the police at the Federal High Court, Lagos, over the alleged torture.

Explaining why he was seen in a jovial mood in the confessional video played in the court when prosecution presented its case, Evans said he was forced to act that manner by the police.

“The police told me to be laughing and smiling in the video. You do not know what I encountered in the hands of Abba Kyari and his boys. My eyes saw hell.

“It was what they told me to be doing that I was doing,” Evans said.

Earlier, while testifying in his defence, Evans had said he did not know Ahamonu.

Led in evidence by defence counsel, Ms O.N Sonuga, he said, “I do not know Slyvanus Ahamonu, I only met him at the IG Guest House in Falomo.

“One day at the IG Guest House, the police brought some documents and asked me to sign, I asked what the documents were for, they didn’t answer me. They said that if I didn’t co-orperate with them they would kill me.

“When I refused, Insp. Philip asked them to take me to the back of the guest house. When I got there, they were pressing cigarette butts on my body.”

He said he saw the people he was paraded with in Ikeja, “and they said l will see what will happen to those people; that it is better I sign those documents.

“They killed about six persons in my presence and I signed the document, I was not allowed to read it. I think it is the document that was used to bring me to court.

“I do not know anything about the allegations before this court. I don’t know who Ahamonu is. I only met him at the IG Guest House, I had no prior contact with him.”

Evans also told the court that no firearms were discovered in his home by the police.

Ahamonu and his wife, Chimebere, had on Dec. 17, 2021 testified virtually how Evans and his gang kidnapped him on June 23, 2014 on Kara Road off Osolo Way, Ajao Estate, Lagos.

The couple narrated how they sold properties, borrowed money, raised funds from family and well wishers to attempt to raise the initial 2 million dollar ransom that was demanded by Evans.

Ahamonu said his hands and legs were chained throughout his two months in cavity and was only released when his family had allegedly given Evans the 420,000 dollar ransom, by which time he said he was at the point of death.

Justice Oluwatoyin Taiwo adjourned the case until March 11 for continuation of trial.