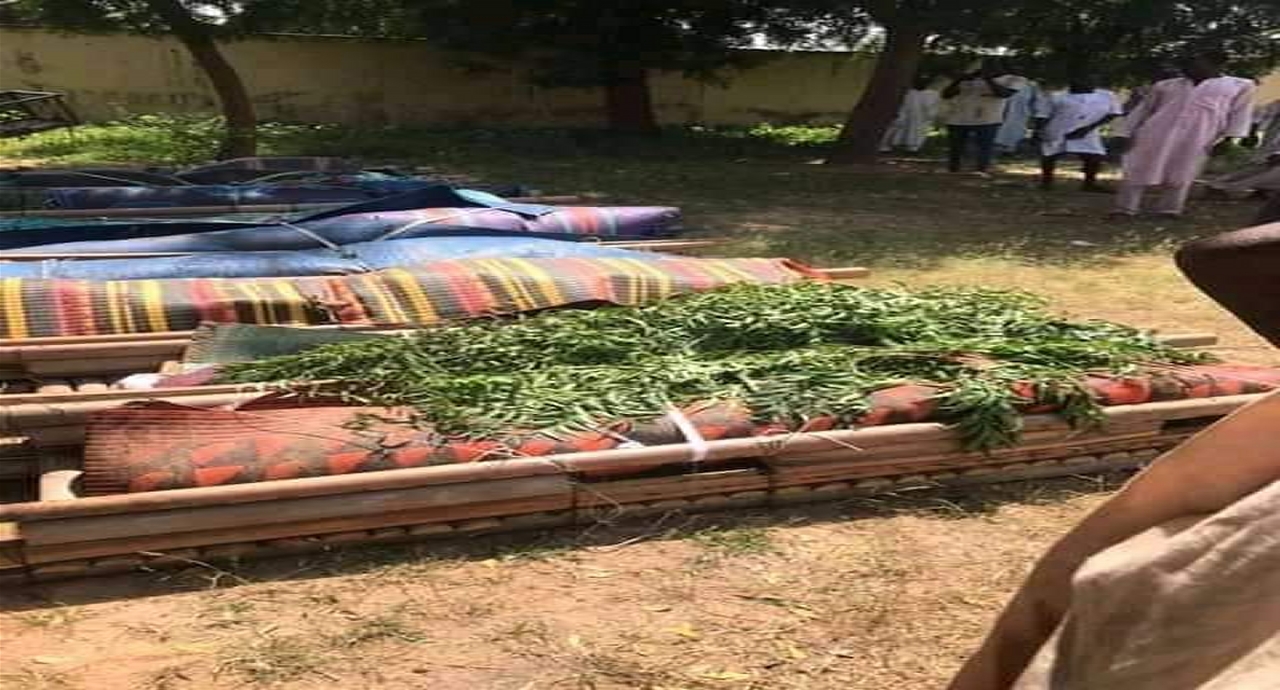 18 people including women and children have been killed by a group of suspected bandits in a fresh attack at Kurya Madaro town of Kaura Namoda local government area of Zamfara state, Northwest Nigeria.

A resident of the area, Malam Mohammed Lawali Kurya, who narrowly escaped the attack, said in Gusau Wednesday that the hoodlums stormed the town Tuesday around 11:30pm.

He said the bandits comprising men and women, rode on camels and horses with dangerous weapons during the invasion of their town.

Kurya also said the bandits set ablaze police operational vehicle, one trailer, four other vehicles belonging to the community and many shops during the attack.

“Immediately they started the attack, even our district head informed the military and other security personnel but we didn’t see them until the following early morning of today (Wednesday),” he added

“I suspect that these people were not Nigerians but from Niger Republic because their mode of dressing and language intonation indicated that they are not Nigerians,” he further said.

While calling for the deployment of more troops, he said all those killed in the mayhem had been buried according to Islamic rites.

“We have buried 18 of our people who were gruesomely killed by the bandits last night, in line with Islamic tenets today,” the source added.

However, all efforts to reach the image maker of the state  Police Command,  SP Muhammd Shehu on the  development proved abortive.

And in yet another attack, bandits Tuesday morning killed 10 people and injured several others, burning shops and houses in Yasore community of Katsina state.

Yasore is less than two kilometres from Batsari, the headquarter of the local government area by the same name.

Batsari is among the LGAs witnessing incessant bandits’ attacks in Katsina.

The state government has cut mobile telecommunications network in Batsari and 13 other local government areas in the state as part of efforts to tackle insecurity.

A resident of the area, Harisu Hamza, told Premium Times newspaper that the attackers came on motorcycles and started shooting sporadically.

“They came around Magrib prayers. Some people had concluded prayers by then. They rode on more than 20 motorcycles. It was during the sporadically shooting that they killed 10 people and wounded others,” he said.

He added that they left some minutes after 10 a.m. when a combined team of the police, vigilantes and soldiers arrived at the community.

Hamza, who has been living in Katsina metropolis, said the bandits “carted away food commodities and other things they needed during the attack.”

It was further gathered that some of the wounded have been admitted at the General Hospital in Katsina.