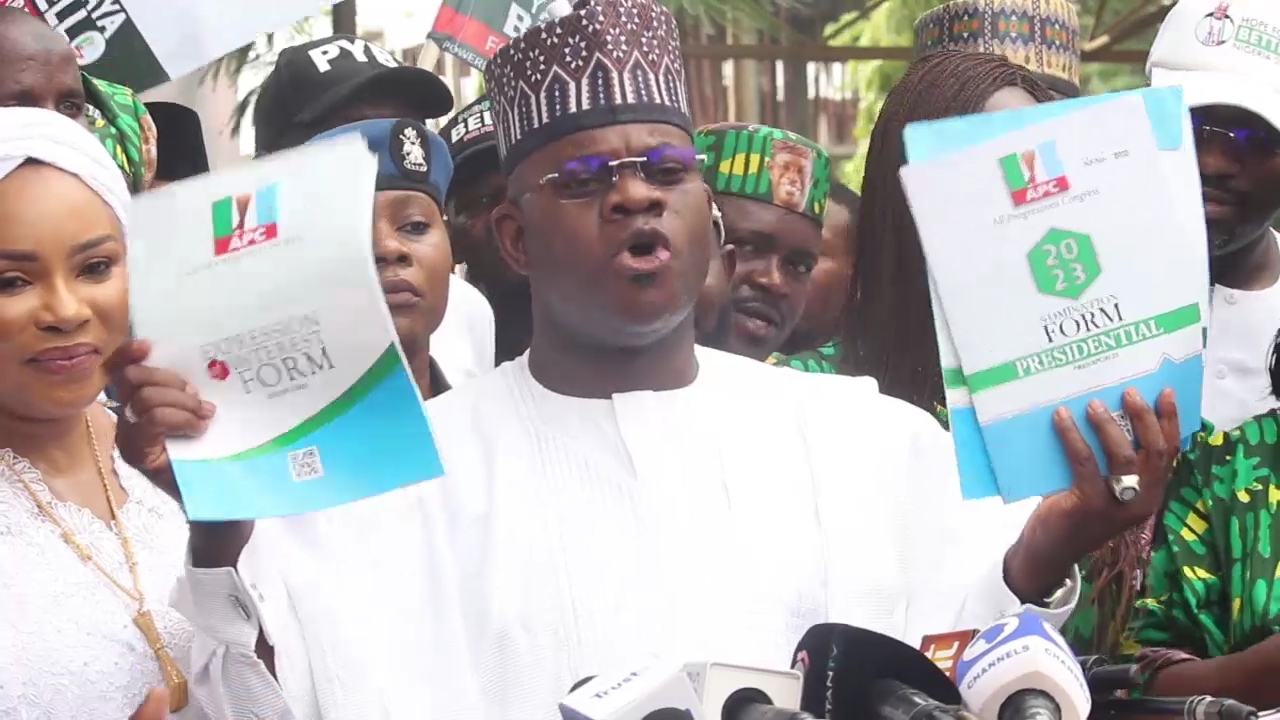 He spoke with journalists shortly after picking up the forms at the APC National Secretariat in Abuja, Nigeria’s capital city.

Bello was the first aspirant to pay the 100 million Naira fees for the form.

He pledged to restore the hope of Nigerians.

Governor Bello reemphasised that he was not intimidated by the big names in the 2023 presidential race.

On the recent calls by some groups and even Governors on former president Goodluck Jonathan to be adopted as APC consensus candidate, Bello said that was the beauty of democracy.