GOING TO FIGHT IN UKRAINE- By Mahmud Jega 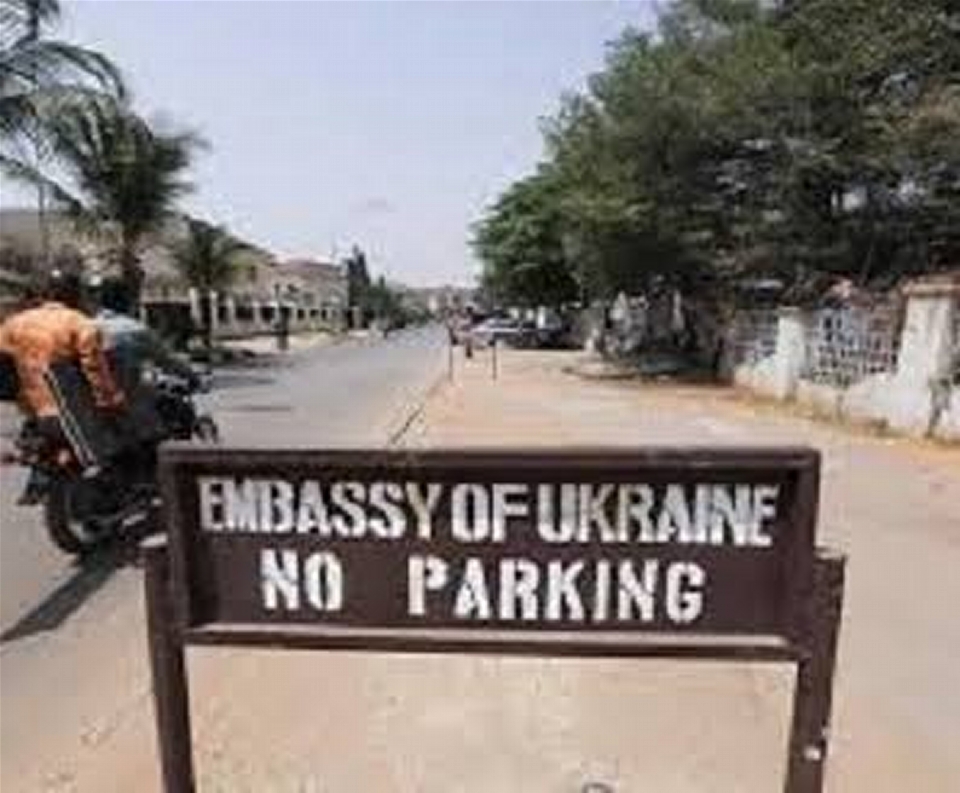 It at first sounded like a normal social media rumour, until Mr. Bohdan Soltys, Second Secretary at the Ukrainian Embassy in Nigeria, told a Punch reporter that hundreds of Nigerians had applied to go and fight invading Russian forces in Ukraine. That was however not the part that shocked many Nigerians. Instead, it was the embassy’s demand that anyone who is volunteering to go and fight there must pay $1000 for visa and air ticket.

I am going to fight for you in a war that does not really concern me, and you are asking me to pay for air ticket and visa? Let me ask the Ukrainian Ambassador an honest question. The estimated 100,000 Russian troops that have entered Ukraine in the last ten days, did they pay visa fees? If so, which of your consulates issued the visas, how much did they pay, and did you ask them to state in the application forms what they are coming to do in your country? If you didn’t issue them with visas, why are your immigration officers not rounding all of them up and deporting them as illegal immigrants back to Russia?

I know that some countries ask ridiculous questions to visa applicants trying to visit their country. It was recounted in his unauthorized biography that when reclusive American billionaire Howard Hughes arrived in Canada for a visit in the 1970s, the immigration officer asked him how long he was staying. He said two days, and the officer asked him, “Do you have enough money to stay in Canada for two days without becoming a liability to the Canadian taxpayer?”

Sometimes it is visitors that ask their hosts ridiculous questions. During the Cold War era, whenever the US President was visiting any city, the Secret Service advance team asked their hosts many questions, including the estimated number of Communists in the city. In 1971 when President Richard Nixon was to visit Beijing, a secret service officer asked a Beijing city council official to estimate the number of Communists in the city. He said, “About ten million.”

At the weekend it was said that one and a half million Ukrainians and foreigners resident in the country had fled in trains, buses and on foot to Poland, Slovakia, Hungary and Romania. Did they all obtain visas before they entered the European Union? If the Poles had stopped all of them at the border and demanded visa processing fees, can you imagine the chaos? Is it in every situation that you demand a visa? When millions of German troops crossed the Soviet border in 1941, speedily overran Ukraine and large swathes of Russia, did you guys asked Adolf Hitler if he had obtained a visa for Field Marshall Friedrich Paulus, Commanding General of the German Sixth Army, who arrived in Stalingrad uninvited?

Is it the helpless Nigerian volunteer that you are asking to obtain a visa? And to pay for air ticket? Air ticket to where? No airline pilot in his right mind will fly his plane into Ukraine these days, not when Russian missiles are raining down on airports in Kyiv, Kharkov and other major cities. Even before this Russian “special operation” started, a civilian Malaysian Airlines plane flying over eastern Ukraine on its way home from Amsterdam was brought down by a Russian-made missile. Which mad pilot will now head for Kyiv, when Russian MiG-35 fighters may not distinguish a warplane from a civil airliner?

So much for the Ukrainians. Let us now turn to the Nigerians, 400 of whom are said to have applied to go and fight in Ukraine. Is it because of lack of fighting opportunities here at home? Remember the passage in Chinua Achebe’s No Longer At Ease, where a man who was saying opening prayers at a town meeting said they left Umuofia and came to Lagos to look for work. An elder however corrected him. He said they came to Lagos to look for money, because if it is work, there is a lot of work in Umuofia but they left it behind and came to Lagos.

If it is fighting that these Nigerians are spoiling for, there are a lot of fighting opportunities right here in Nigeria. In Sambisa forest for instance, in the tumbus islets around Lake Chad, in the open grasslands of Zamfara, Katsina and northern Sokoto states, in the wooded Guinea savannahs of southern Kaduna and Niger states, in the tin mines-potholed countryside of Plateau State, in the high yam fields of Benue State, in the low forested areas of the South East, in the creeks of Bayelsa, and even out in the open sea where there is fighting to do against pirates and oil thieves.

On second thoughts, those Nigerians who are itching to go to Ukraine could have a free ride. After all, Federal Government has already paid $8.5 million to Max Air and Air Peace to fly stranded Nigerians back from Poland. The planes must be going there empty, since no passengers are heading for eastern Europe right now. Please put the volunteers on those empty seats to Warsaw. Our embassy officials should then escort them to the Ukraine border, wave at them and wish them good luck. In order not to demoralize them, Max Air and Air peace should ensure that these volunteers never get to see or discuss with the estimated 5,000 Nigerians who are fleeing back home from Ukraine.

Why do you want to go and fight in a place where you will stand out like a monk in a brothel? Both Russians and Ukrainians are lily white Europeans. They even proved it at the border, where Africans and Asians who were fleeing from Ukraine were stopped whereas people with blond hair, blue eyes and pointed noses were allowed to pass unmolested. In 1982 when Israel invaded Lebanon, left wingers from all over the world arrived in the country to fight alongside Yasser Arafat’s Palestine Liberation Organisation, PLO. Left wingers from Black Africa who tried to join the fight were stopped, lest Israeli snipers picked them out through telescopic sights. The same thing happened during the US invasion of Iraq in 2003, and before that, the long Mujahedeen war against the Soviets in Afghanistan in 1979-89.

If a black man wants to do international duty by joining a fight that he believes is just, my advice is that he should go to South Sudan, DR Congo, northern Mozambique, northern Mali, north eastern Burkina Faso, Ambazonia, northern Chad, Darfur, southern Libya, Ethiopia’s Tigray Region, or join one of the clans in Somalia. In these places, your kinky hair, flat nose and black skin could pass you off as a local and you will not be singled out as a foreign mercenary in case the enemy captures you.

The part that really puzzled me was the motive of some of these Nigerians who are volunteering to go fight in Ukraine. One report quoted a would be volunteer, Monday Adikwu, who said, “When I asked what the salary is, the [Ukrainian Embassy] guy first said $7,000 and later changed it to $3,300 per month.” The Ukrainians asked if he has military experience, and Adikwu, who is an ex-Nigerian army officer, said he showed them his military training certificates.

We don’t know what kind of training Adikwu had in the Nigerian Army. Was it infantry, artillery, special forces, transport corps or music band? For how long was he there, when and why did he eventually leave the army? While there, did he ever come up against a fast moving T-90S tank, a fast flying Russian Ka-52 helicopter gunship or a Mig-35 fighter? By the way, which determined ruler did he fight against? If it was Charles Taylor in Liberia or Foday Sankoh in Sierra Leone, you think that is enough experience against a man like Vladimir Putin, with his itchy fingers very close to the button of a tactical nuke?

When a reporter asked Mr. Adikwu why he wanted to go and fight in Ukraine, he said he needed money to take care of his family, including six children. His solution may be what Jeremy Brown in the British TV sitcom Mind Your Language once described as a permanent solution to a temporary problem. What if a Russian sniper identifies you from afar with a telescopic sight and takes you out with a single shot? How will that contribute to the upkeep of your wife and six children? The Ukrainians who will be busy trying to rebuild their shattered cities after this war, do you think they will remember to send your wife a pension?