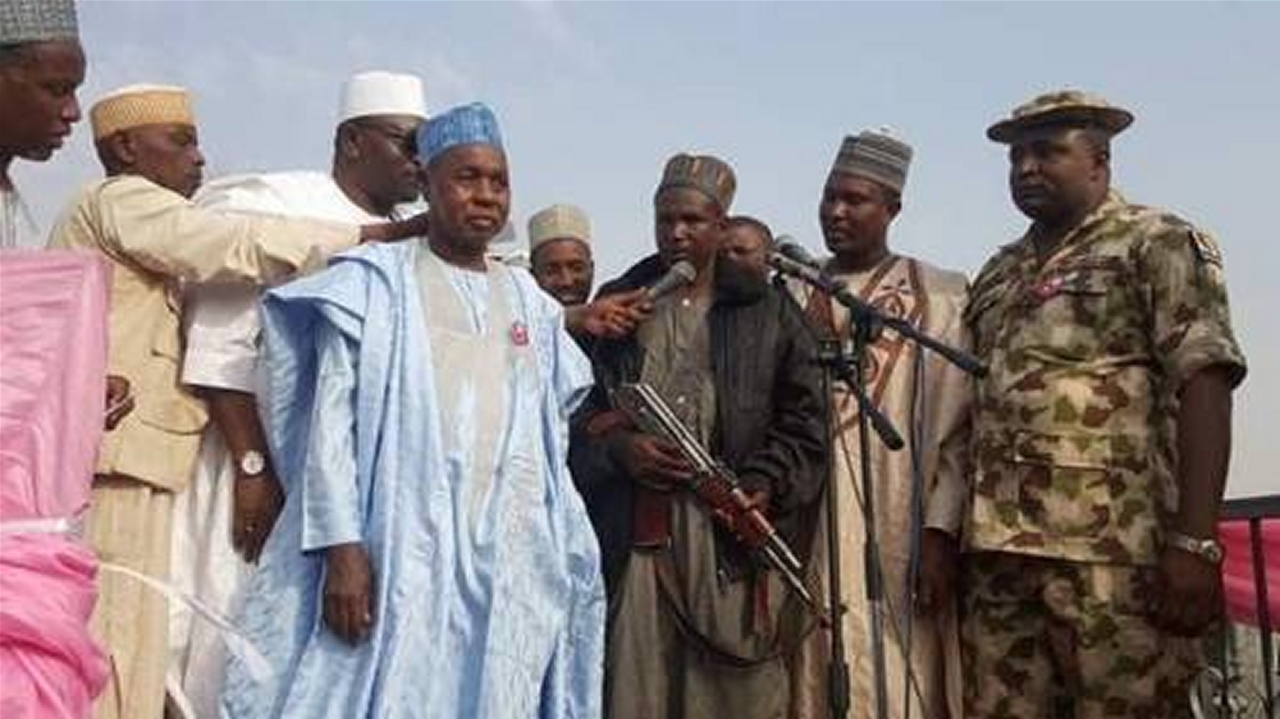 Governor Aminu Masari of Katsina has advised Nigerians to fight bandits with their teeth and not wait for President Muhammadu Buhari’s regime to protect them.

Mr Masari stated this in a video seen on social media.

“It is important for you to fight your enemy, even with your teeth bite him. Where are the warriors? I don’t understand our people these days. What they should be doing is not what they are doing,” Mr Masari said in the Hausa language.

He added, “You are waiting for brigadier somewhere to come, or soldiers and policemen or even fighting (sic) jet, is it not possible, they will do their work, but we need to join hands together.”

Governor of Katsina State, Masari is Challenging residents to defend themselves from RPG and Ak47 wielding Bandits by atleast bitting them or using bow & arrows and not waiting for the police or military. pic.twitter.com/jVI6WFd8ZH

Though he admitted that the bandits were armed, Mr Masari chastised victims of bandits’ violence for running away when attacked.

“The only difference is that they have taken arms against us; does it mean we have nothing to take against them?” Do we mean we should vacate all our villages, all our farms, all our houses, and surrender them to bandits, and wait for police officer Emeka all the way from Enugu to come to Katsina and rescue me? This is ridiculous,” Mr Masari complained.

In February, defence minister Bashir Magshi berated Nigerians for running away from their communities due to “minor shootings” by bandits.

“I don’t know why people are running from minor things like that. They should stand and let these people know that even the villagers have the competency and capability to defend themselves,” said Mr Magashi.