Father Of 3 Arrested For Drug Offences 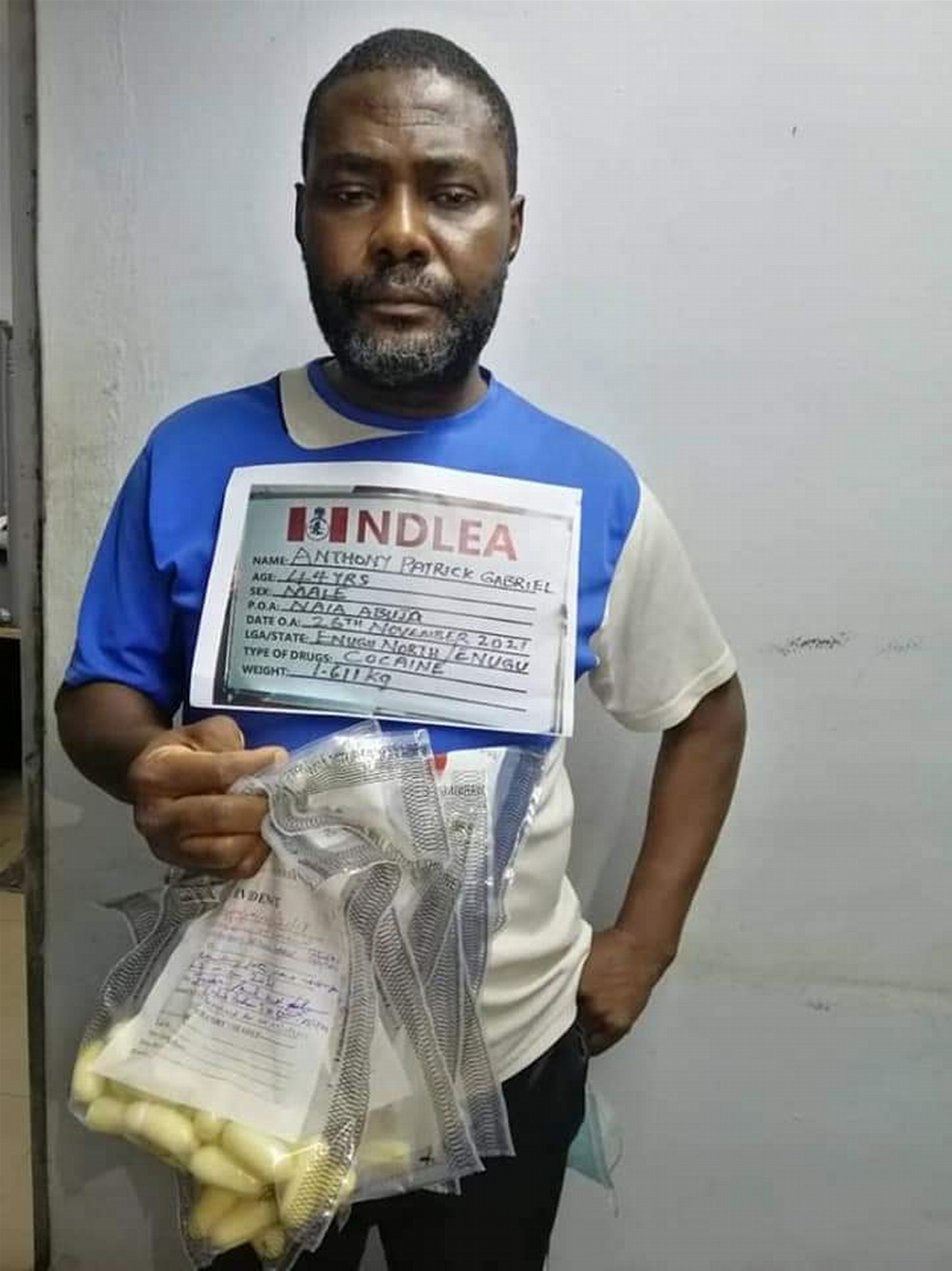 He was arrested during an outward clearance of Turkish Airline at the boarding screening area of the airport enroute Abuja-Istanbul-Madrid. He subsequently excreted the ingested drugs in the custody of the Agency.

The suspect said he travelled to Germany in 1996 for two years on asylum, after which he relocated to Spain in 1999, where he currently holds a residence permit and works as a driver in a company.

He said a failed importation deal pushed him to drug trafficking. He confessed to have accepted an offer to traffic the drug for which he would be paid 1,500 Euros when he successfully delivered to someone in Spain.

Meanwhile, Operatives at the Murtala Muhammed International Airport, Lagos also arrested one Okorie Godwin Onyeribe over his attempt to export 21.85kg of Cannabis concealed in foodstuff to London, UK.

At other locations, five students of American University of Nigeria, Yola, Adamawa and University of Maiduguri, Borno state were among suspects arrested for drug offences in raid operations across nine states in the last week.