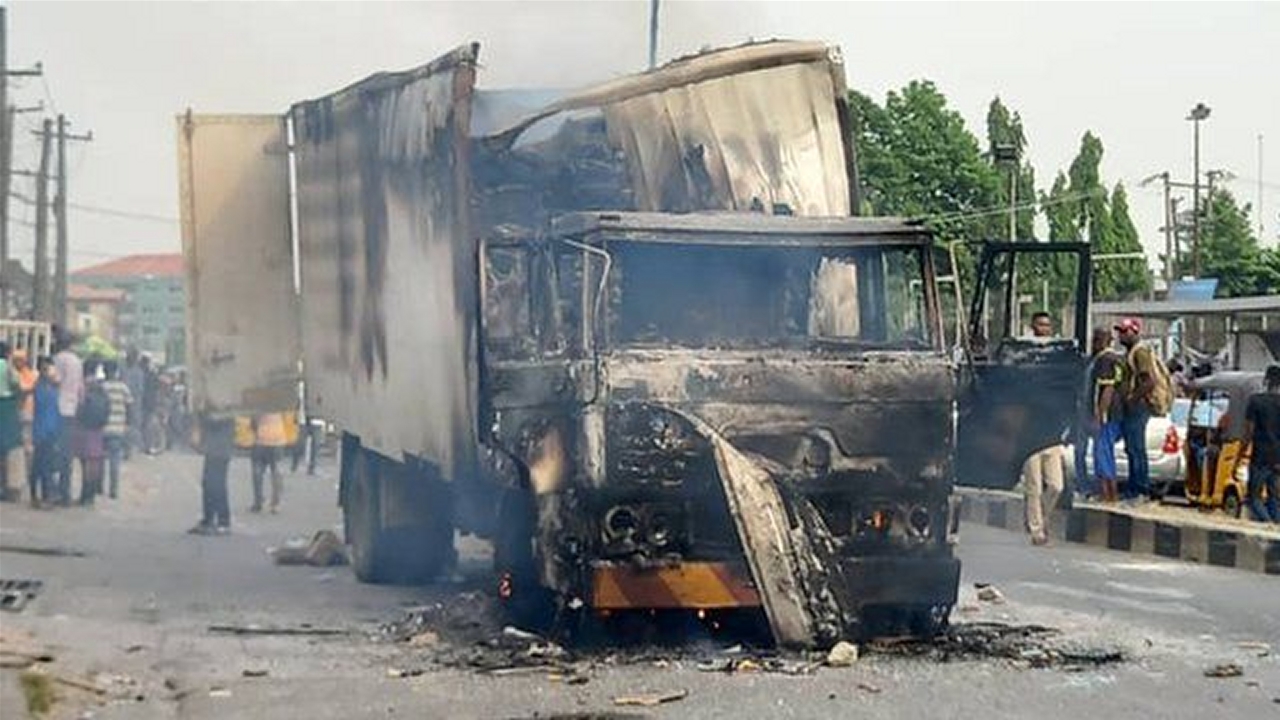 Today, 7th December, 2021 at about 1415hrs, a DAF truck with Registration No. APP 438 YA driven by one Bolaji Kabiru ‘m’ rammed into some pedestrians later identified as students of Bab Fafunwa Millennium School, Ojodu formerly Ojodu Grammar School.

As a result of the accident, two males died on the spot, seven females and five males totalling twelve victims sustained varying degrees of injuries. Traffic personnel from the Motor Traffic Department of the Ojodu Police Division immediately visited the scene. Corpses of the dead students (identity not yet known) were evacuated with the support of officers of the FRSC and were deposited at the Morgue of the Mainland Hospital, Yaba, for autopsy.

The erring driver has been apprehended and kept in police custody. However, the angry students who were later joined by hoodlums set the accidented vehicle ablaze.

They also attacked the Ojodu Police Station in their large number, demanding the release of the driver for jungle justice.

However, when their demand was not met, they became violent. In the process, they destroyed four vehicles parked in the premises of the police station and another mobile truck on the highway.

To avoid total breakdown of law and order, the Lagos State Commissioner of Police, Hakeem Odumosu, immediately ordered deployment of policemen comprising tactical teams, Rapid Response Squad and others to the scene to maintain law and order.

The protesters were professionally dispersed with minimum force without resulting to any further injury.

While commiserating with the bereaved families who lost their loved ones in the fatal motor accident, the Commissioner of Police appeals to sympathisers and other members of the public to allow the police carry out a thorough investigation, and avoid seeking self help.