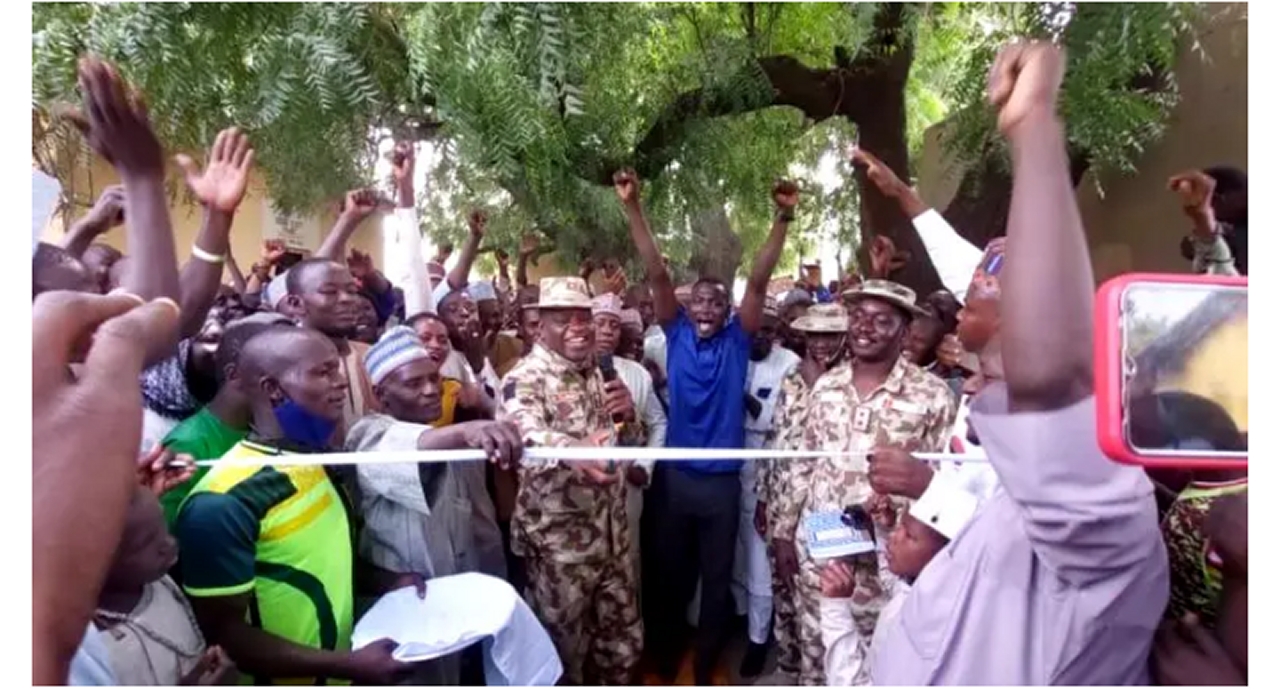 The Nigerian Army has re-opened the Damasak Commercial Market, Borno State, Northeast Nigeria seven years after it was shut down following the infiltration of Boko Haram fighters into the town in 2014.

Commander 5 Brigade Nigerian Army, Brigadier General SS Tilawan, who reopened the market in front of a large gathering of people in Damasak, said the decision to reopen the market followed the success made by the Nigerian Army at improving security around the town

The Damasak Commercial market is a major trading centre for traders from parts of the state and the neighbouring Niger Republic which provides a source of revenue to about 80 per cent of the residents of the area who are mainly farmers and petty traders.

Damsak was the largest producer of Onions and Pepper where traders made billions selling to Chad and Cameroon until Boko Haram insurgents infiltrated it in 2014.